WARRIORS TOO MUCH FOR OKKODO IN RIVALRY MATCHUP

In an interdivisional matchup between two of the league’s most dominant teams, the St. Paul Warriors were able to overcome the strong guard play of the Bulldogs and win 53-42 in their final game of the season at home. 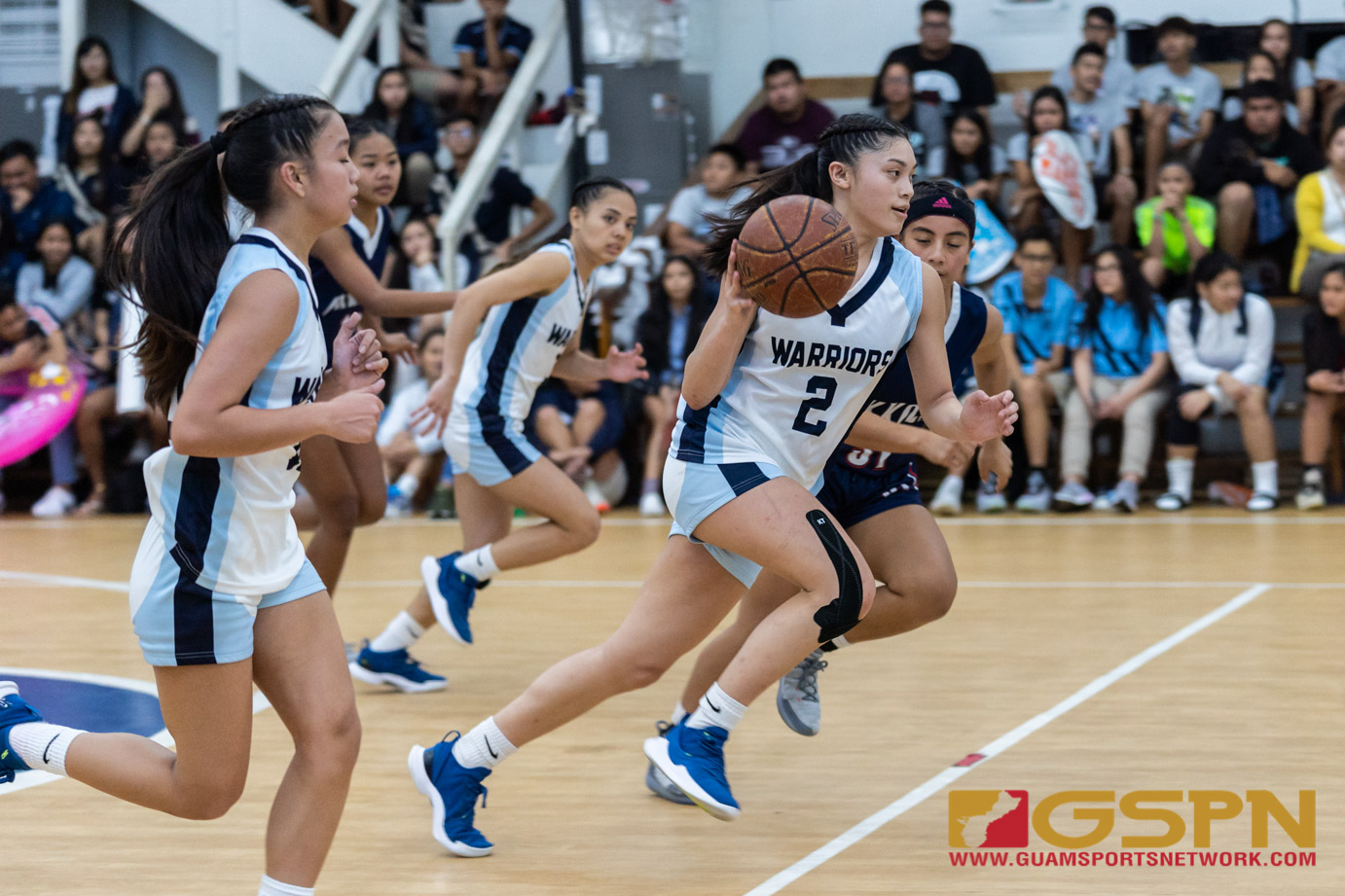 In an interdivisional matchup between two of the league’s most dominant teams, the St. Paul Warriors were able to overcome the strong guard play of the Bulldogs and win 53-42 in their final game of the season at home.

Unlike most of the teams that St. Paul has faced this year, Okkodo has shown good ability, in both matchups to break the full court press and shutdown the Warrior’s interior offensive threat in Niah Siguenza. In their final matchup up the season, the Bulldogs held Siguenza to just seven points, however Siguenza was able to make up for it on the defensive end and finished with six blocks.

With 1:50 left to play in the 3rdQuarter, excitement filled the Warriors gymnasium, as both teams traded momentum following big plays on each side. It started with a block from Siguenza, who turned defense into offense and sinked a mid range jumper in transition. After the big play, Bulldogs post presence in Angeli Dacanay stayed persistent in the paint after being blocked.

Dacanay grabbed her own board and converted on her second attempt. Following the play by the Bulldogs, Warriors star Jan Quintinalla went down with a leg cramp which would stop the clock. By then there was only 56.4 left in the 3rd. The Bulldogs had possession after the leg cramp and the talented guard in Vanezza Gustilo scored a three pointer, which would cut the lead to just nine at 40-31. The 3rdQuarter was action packed and was highlighted by Siguenza’s dominant defensive performance and the exciting quickness of Gustillo.

In the 4thQuarter, Bulldogs power forward Danica Cabrera opened with a gorgeous skyhook shot, despite a heavy contest from the Warriors. The Bulldogs found themselves in foul trouble early in the 4th and sent Siguenza to the line with a one-in-one opportunity with just a minute in. Despite missing the free throw, Siguenza scored four points in the first two minutes of the quarter, making up for a stagnant offensive performance in the first half.

Screenplay between guard Gustillo and forward Cabrera led to a nice feed on the inside, where Cabrera would enter double figures in points. The final minutes were close and the Bulldogs were able to shrink a 15 point lead to just nine, but the Warriors would prove to be too much for the Bulldogs and ran out the clock with a minute left to play.

The first half was highlighted by a strong defensive presence on the inside by the Bulldogs. The Warriors were able to adjust, however, behind efficient shooting from the three-point line by Player of the Game Jan Quintinalla. Quintinalla had an outstanding game and converted four times from deep.

“We’ve been working on our shooting a lot at practice. We were prepared coming into this game and knew that (Okkodo) was going to focus on shutting down the interior. My mindset had to be on point today, I knew I needed to be more aggressive and make smart plays that would help my team.”

Quintinalla finished with an impressive 31 points, seven rebounds, and five steals. She also showed great improvement at the charity stripe where she has struggled for most of the season, converting 10-12 from the line.