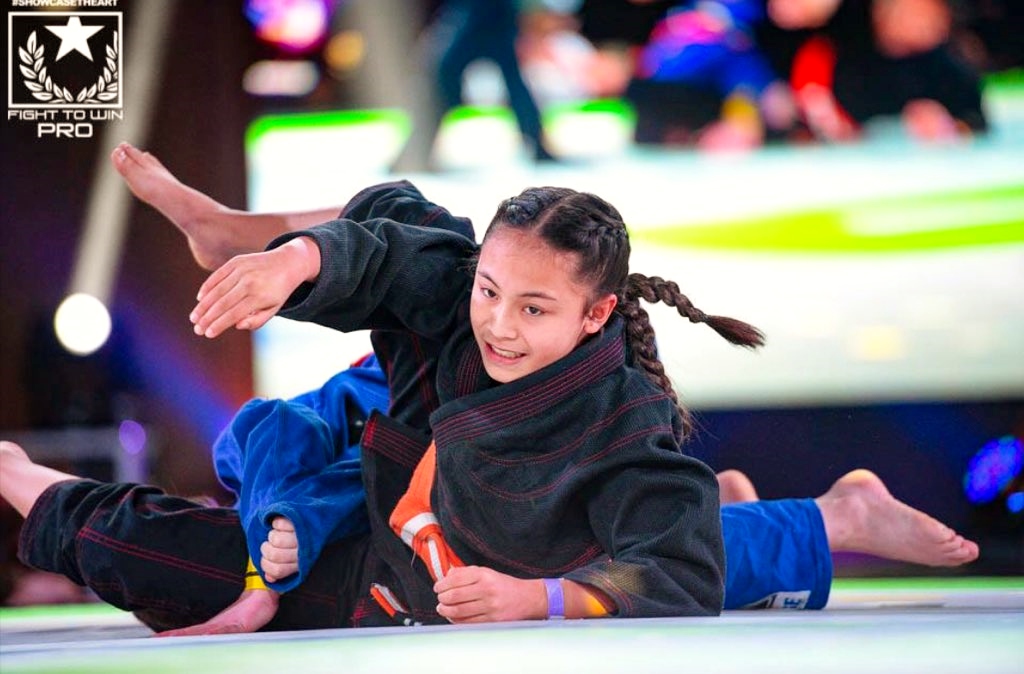 Caitlin Yamasta holds up her second Pan Kids gold medal in as many years. (courtesy photo)

Chalk it up for another Guam talent on the jiu-jitsu mats.

Twelve-year-old Caitlin Yamasta traveled from her new home in Florida to win a kids super fight in Oklahoma before taking a red eye flight to Los Angeles to win her second straight Pan Kids Jiu-Jitsu Championships gold medal. She won gold in 2017 in a lower weight class.

“I felt fresh and confident in myself that I can do it,” Caitlin told GSPN about her orange belt success despite the long flights. “My coaches and family gave me all the energy.”

Originally from Dededo, Caitlin moved to the states with her parents David and Alma in 2013 and now reside in Gulf Breeze, Florida. It was shortly after settling there that young Caitlin started her journey in the martial art that has taken so many Guam athletes to the peak of the sport.

The young Yamasta has been training for four years at Gulf Breeze Checkmat under Janilson Bie & Gilson Nunes and says she trains seven days a week because she loves “learning new techniques every day, self confidence and self discipline. It teaches you a lot… really.”

As for her early successes on the mats, the young jiu-jitsu practitioner said, “You just have to believe and have faith in yourself, really that’s what got me here. Training hard every day and dedication. That’s really all you need.”

Other Guam athletes competed at the prestigious Pan Kids event in L.A. including a few from Guam camps Purebred and Figo.

Young Ayden Benavente out of Purebred took bronze while teammates Francesca Ada-Lizama and Ely Pocaigue took silver in their divisions.