The four-time champions are back on the grind and the Friars are ready to see just how much their young talents have grown in 2019. 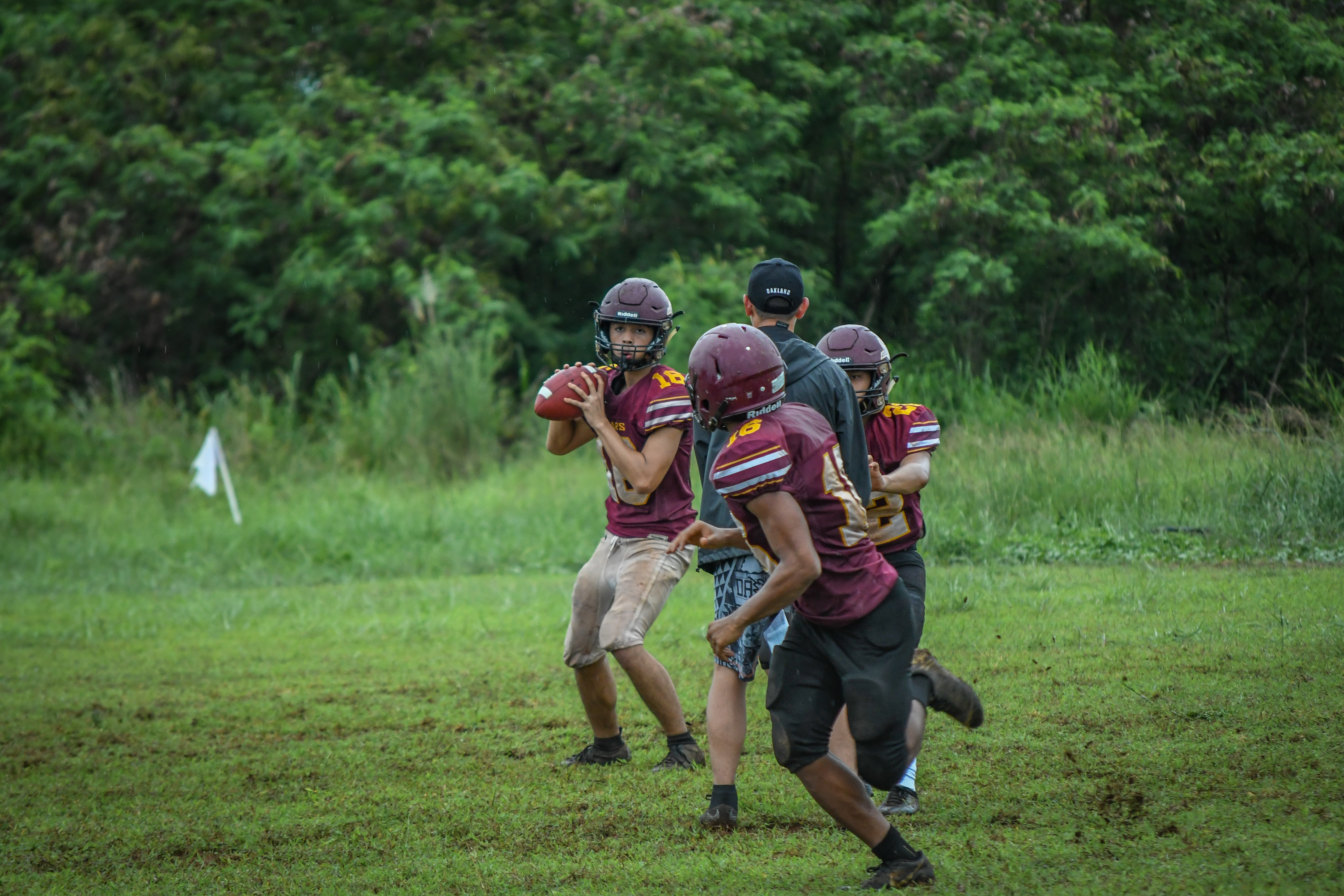 Opening day is one week away and the Father Duenas Friars are ready for another season. Bruce Meno (head coach) and Keone Badua (Defensive coordinator) return to guide the Friars as they open their season in a much anticipated rematch against the GW Geckos.

The Friar roster has well over 50 players and they will be tested after losing big impact players to graduation.

“Losing Kin Rivera and Nick Akimoto is a huge loss for us,” said sophomore running back Caiyle Gogue. “It’s impossible to replace them but we are doing our best to fill their slots.”

“Everyone plays an equal role in our team and we have a great coaching staff,” said Arriola. “They give us the script and we just follow.”

“Being apart of the FD program is a huge honor. We are just going to do our best, play hard and get better with every practice,” said Arriola.

The Friars and GW Geckos have been in the last four IIAAG Championship games with FD winning the title last year (20-14) in a double overtime thriller. The rematch is set this Friday at 7pm at GW field in Mangilao. Come early, GW will surely be packed for the season opener.