There was perfect weather for football Saturday morning after being pushed back a week due to Typhoon Wutip at Eagles Field in Mangilao for week 4 of the Budweiser Guahan Varsity Football League. 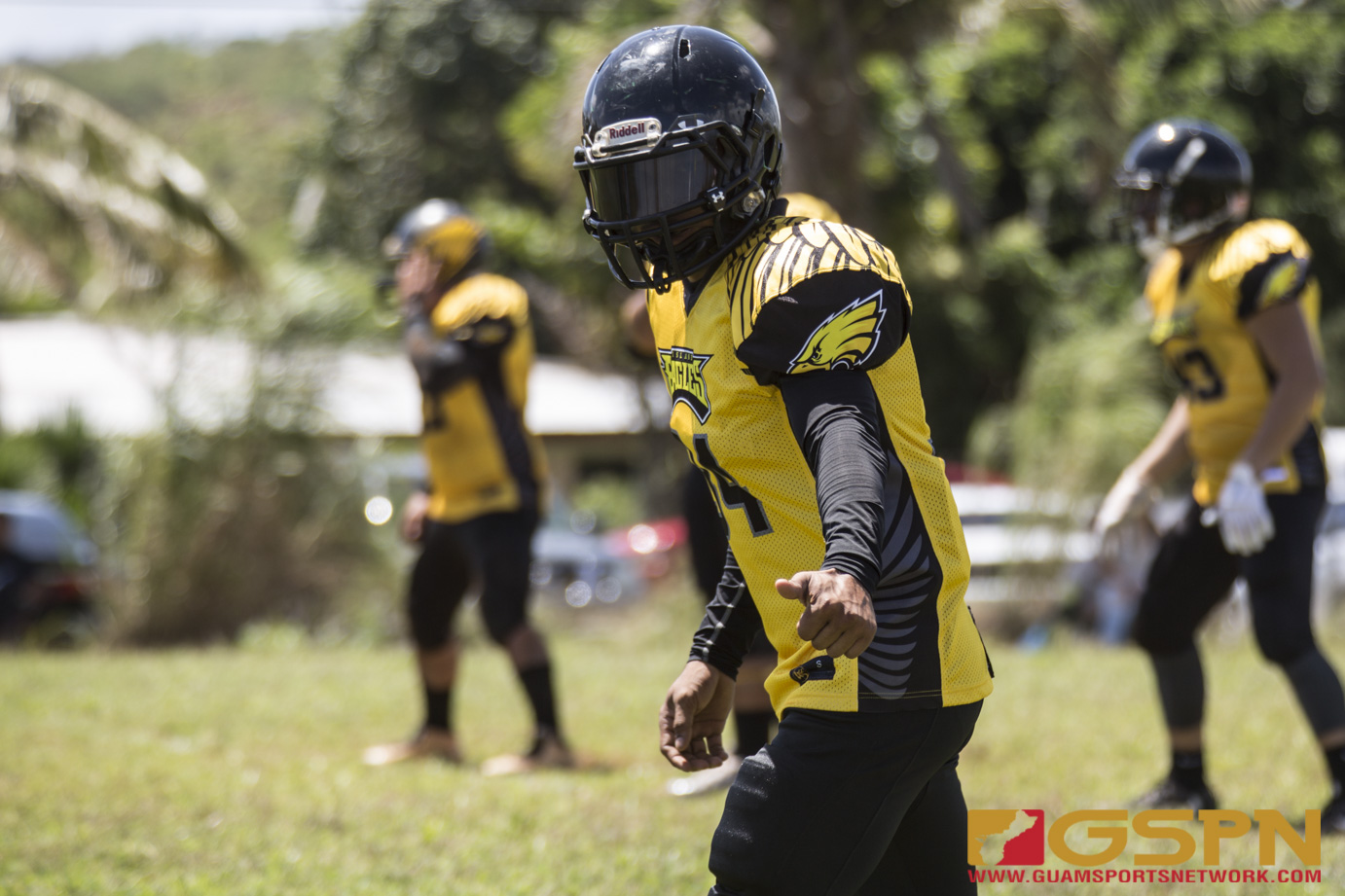 There was perfect weather for football Saturday morning after being pushed back a week due to Typhoon Wutip at Eagles Field in Mangilao for week 4 of the Budweiser Guahan Varsity Football League. Both the Eagles and the Outlaws were anxious to get underway after the forced midseason bye, and both teams looked refreshed and focused, but in the end the Eagles would soar over the Outlaws 28-8.

The Outlaws knew their work was cut out for them and they came out aggressive early. The Outlaw offense put together a solid opening drive as the running back tandem of Hosea Ware and Justin Tanguileg moved the chains. Quarterback Kobe Quimbao, chipped in finding open receivers helping put the Outlaws in field goal range.

It was short-lived, however, as at the end of the first quarter the Outlaws missed their first field goal attempt. The defending champs took over from there. The defense played lights out for the black and yellow, relentlessly rushing Quimbao and winning the turnover game with Jeofry Limtiaco and CJ Toves getting picks.

Toves also had a fumble recovery to help the cause. Eagles quarterback Steve “SP” Phillips couldn’t miss his favorite target, Reggie Baylor, repeatedly targeting the talented wideout. Baylor turned in two first-half touchdown catches and a 2-point conversion paired with a big catch late in the second half by Devin Tyra, the Eagles were feeling good leading into the second half.

The Outlaws were in need of some kind of momentum weren’t able to find it. The Eagles notched two more TD’s in the 3rd and 4th quarters. Jon “Spicy” Mayo took a pass from Phillips 30 yards to the house, and Eagle’s 1st-year standout Devin Tyra “Banks” had himself a nice long 45-yard gift from the former Friar QB Steve “SP” Phillips. The Eagles walked away winners 28-8. Eagles improve to 3-1 on the season as the Outlaws fall to 0-4.