The MVP James Lee once again showed his heroics late in a scoreless game, netting the game-winner to bring the 2019 title to Harvest. 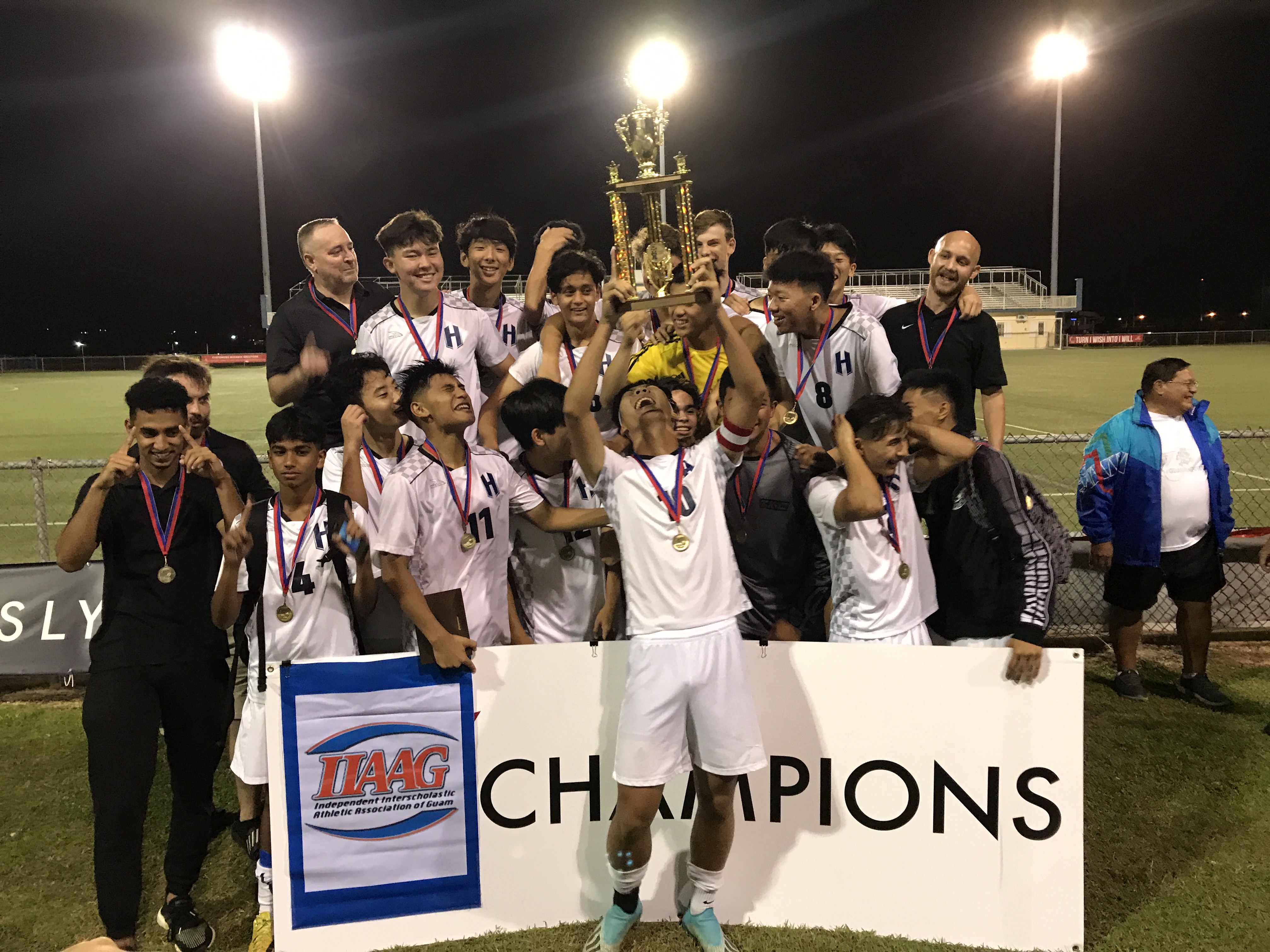 The Harvest Eagles hadn’t won a boys soccer title since 2008, but all that changed Saturday evening as they defeated the JFK Islanders 1-0 for the 2019 title at the GFA Field in Harmon.

The MVP James Lee once again scored the games lone goal, striking late in the second half, similar to the when two teams first met in the regular season.

JFK’s Talyer Bonner was hit with a yellow card after picking up his third foul on a questionable call to give the Eagles a free kick near midfield. Defender Taka Ward booted the ball inside the Islanders box and Lee was able to control the ball to get a clean look at the goal.

JFK keeper Allan Aranas made a big block on Lee’s first shot, but Lee got the ball on the rebound and unloaded a big kick to net the games first goal in the 74th minute to take a 1-0 lead.

“Wow, just wow,” said Lee on how Ward was able to get the ball to his strikers. “I thought the Islanders defender was going to win the ball with a header, but the ball just landed at my feet.”

Bonner was hit with two late whistles and his yellow card had the JFK striker visibly frustrated on the sideline with the calls his team was receiving.

“My defense has been a very interesting line this year. We aren’t the fastest, I’ll say that for sure, but those boys know how to mark and how to predict the ball and I can’t ask for a better defending line,” said Del Rosario.

Del Rosario reflected on his teams journey, but admitted he’s more comfortable doing the work behind the scenes rather than being in the limelight.

“I’m not the one who scores the goals or gives the amazing passes, but one thing I love about goal keeping is that no one really sees you unless you do your job. By the grace of the Lord, he’s really taken control of this team. Even though I don’t get the glory, I get the glory just from supporting this team and playing for the Lord,” said Del Rosario.

JFK controlled possession of the ball in both halves, but the Eagles defense didn’t give the Islander offense much breathing room. JFK’s best look came in the second half after a free kick from Michael Castaneda was controlled by Del Rosario.

For Lee, winning the MVP award and ending his last year with a title was quite the turn-around, especially this year where they started the season off on the wrong foot.

“We started this year losing 2-0 to St. John’s, but we ended up winning first seed, and now we end it with a ‘ship. Harvest hasn’t had a trophy since 2008 so it’s good to finally bring it back home,” added Lee.

FD defeated the Southern Dolphins 6-1 in the consolation game to finish 3rd on the year.