Passing of a football legend 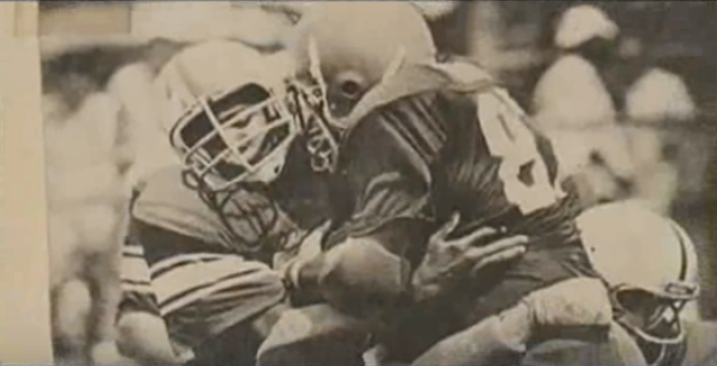 “He was the most feared,” Willie Brennan said in a 2011 series depicting the Top 10 Football Players of All-Time.

He was talking about big bruiser Art Rabon, who passed away late Friday afternoon.

In the comprehensive series, Rabon ranked #3 of all time in Guam football lore.

“The symbol of power,” Buzzy Shiroma.

“A menacing defensive end and a scary fullback who just plowed over people who had incredible strength,” Bill Ada.

“He’s a bruising back,” Kenny Lujan.

During the production of the video series in 2011, Rabon had initially agreed to conduct the interview but changed his mind last minute, making him the only player on the list not to be interviewed.

He was part of the famous UOG Tritons team in the late 1970’s and early 80’s that took on the bigger military teams as the lone civilian team in the league.

He was inducted into the UOG Athletic Hall of Fame in 2018.

Rabon had been sickly for the better part of the last decade.