Wrestling action took over the Okkodo Gym with the FD Friars highlighting the day with a win over the Bulldogs. 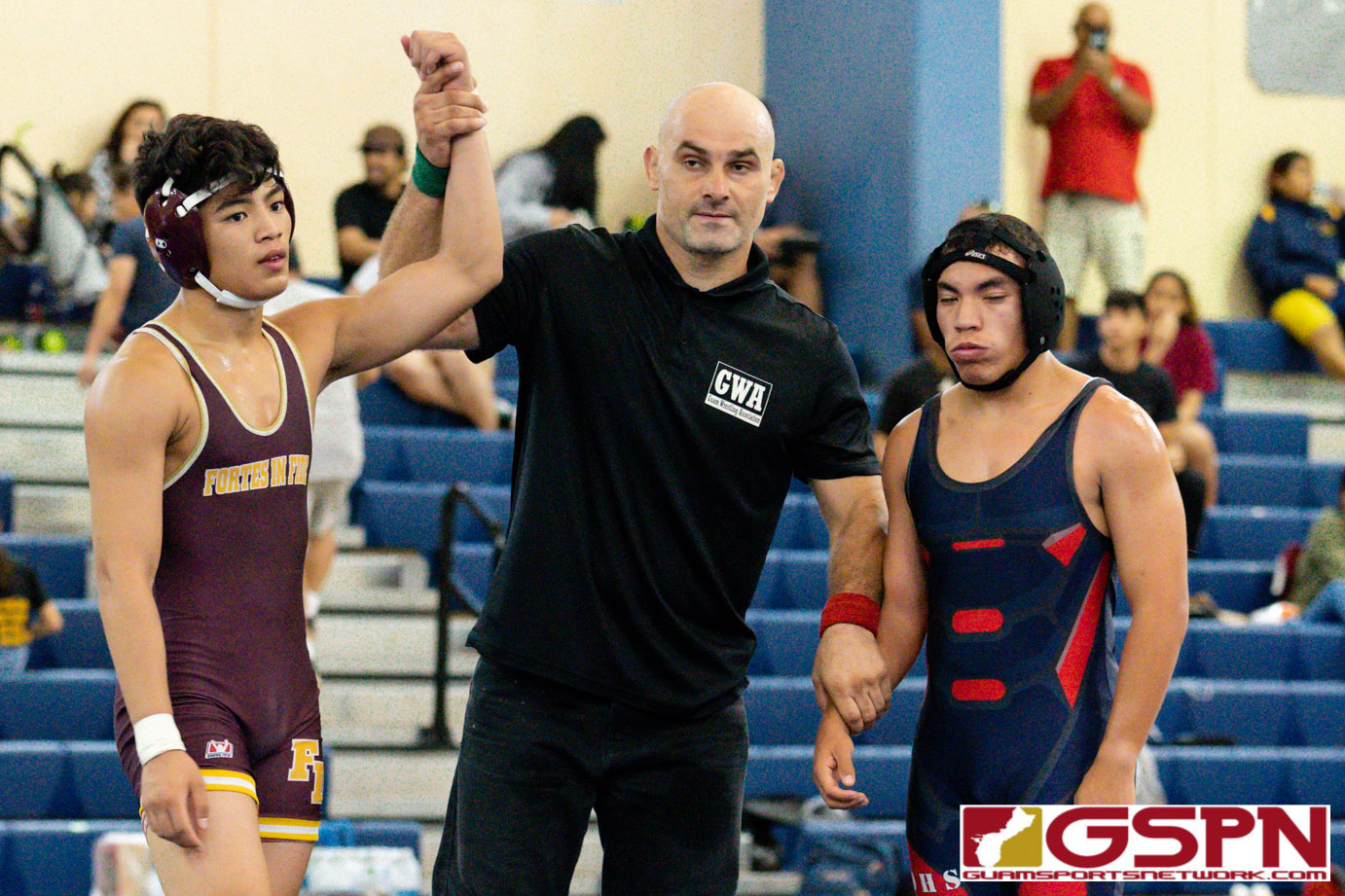 The most entertaining matches of the morning came in Academy/FD’s showdown against the Okkodo Bulldogs. Senior Jenny Choi clutched a close win against Bulldog Ashley Nachno in the closing seconds and Friar Thomas Pool found a way to win after getting a pin called reversed.

Choi and Nachno traded points all match long before Choi made a final move in the closing seconds. Knowing her energy was quickly depleting, Choi left everything on the mat to score the final two points, passing the guard of Nachno to get the win to avoid overtime in the 3rd round.

“I was very tired and felt like I was going to let it go into overtime, but I knew I had to score a point. I looked up at coach and he kept telling me to hurry up because of the time so I gave it everything I had,” said Choi on getting the win.

For Pool, he found himself in hot water very quickly as Okkodo’s Jerick Walerson was able to set up a pin midway through the opening round. As one official was calling for a pin, another official was signaling that Walerson had an illegal hold on Pool, locking the singlet around the left shoulder area. A pin was called, but after conversation, the table and mat officials reverted the pin and let the two fight on.

“I do think that the call was up for debate,” said Pool, who didn’t look happy with the way the match ended despite coming out on top. “I just know that I wasn’t careful enough, he had a good bridge and managed to turn it on me and I guess we all get stuck some times and that was just my time. I do feel sorry that the call went that way.”

The Bulldogs were clearly unhappy with the decision and Pool was able to edge Jerick to get the victory in the 3rd.

“I went back to being more cautious… I tried to watch my weight better, tried to default back to what I’m comfortable with. I realized I was too energetic in the beginning and I just adjusted,” added Pool on winning via pin fall.

The Friars’ two Kaleb’s were shining bright on the day with All-Island talent Caleb Laserna picking up a win in his season debut and Kaleb Gambala stayed unbeaten at 127 with a win as well by a 15-point spread.

FD’s three-year unbeaten streak was broken last weekend against the Tiyan Titans and find themselves deep in the season at 2nd place. The Cougars only loss of the season came from the GW Geckos in the opening weeks.