Saturday afternoon’s featured game of the 2019 GWFTL Season kick-off ended in a familiar way: a clutch performance from Team Legacy’s Jalana Garcia to turn a 26-20 deficit into a 32-26 victory against their rivals the Island Stunnerz. 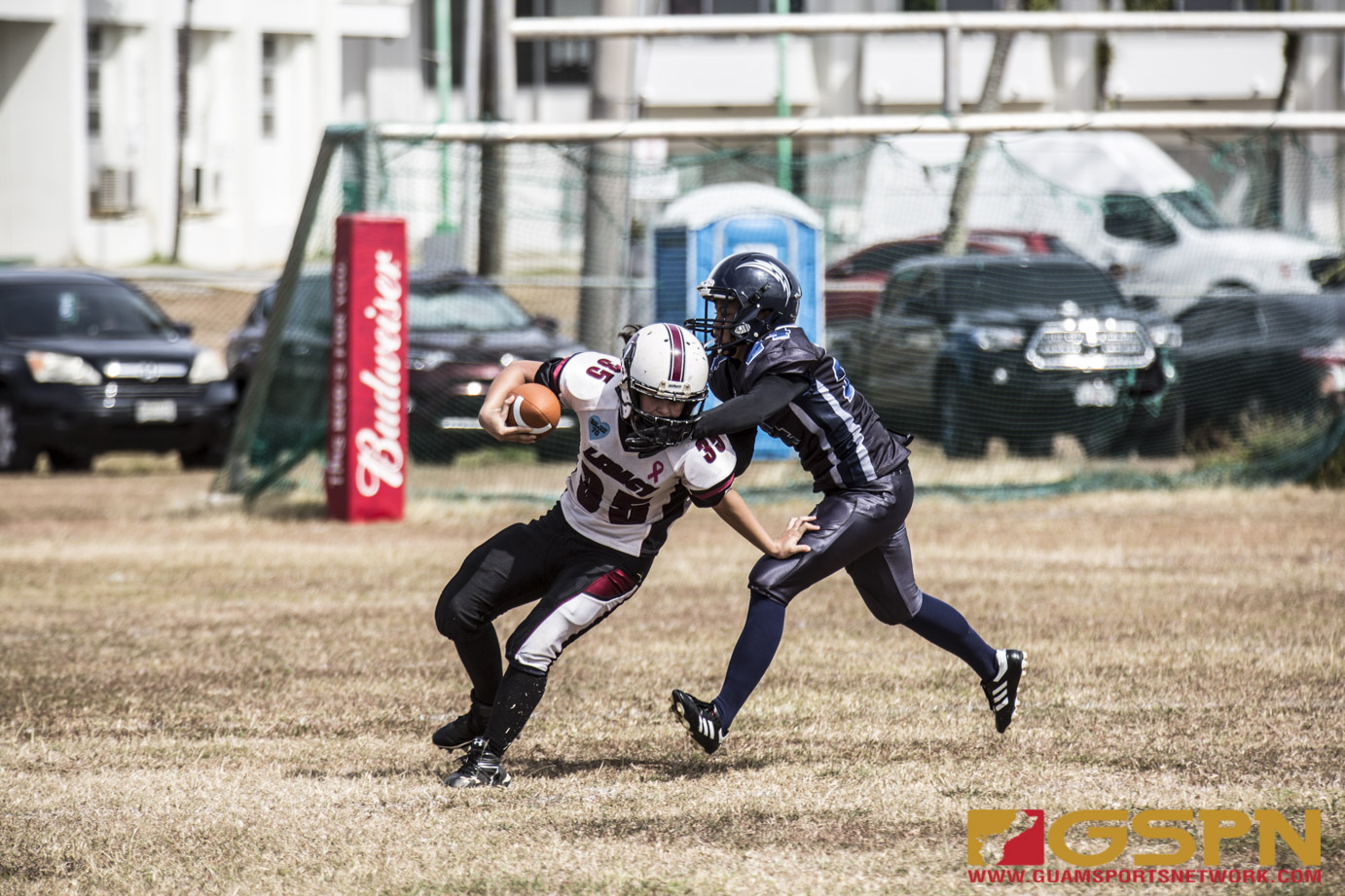 Saturday afternoon’s featured game of the 2019 GWFTL Season kick-off ended in a familiar way: a clutch performance from Team Legacy’s Jalana Garcia to turn a 26-20 deficit into a 32-26 victory against their rivals the Island Stunnerz.

It was just another afternoon in the office for Garcia, delivering in the moments her team needed her most. The Stunnerz were celebrating a 20-yard touchdown catch from TJ Rodrigues as they put the seven-time defending champions against the ropes. Legacy didn’t buckle, using a 37-yard touchdown run from Garcia to tie the game only to be topped by a game-breaking 40-yard run to take the late lead.

“I guess I just play with my heart,” said Garcia on where she finds the drive to finish games. “The score doesn’t matter. We can’t give up, no matter what we think the outcome is going to be, we have to play our game at all times.”

Garcia’s final run required breaking three tackles while juking out safety Danielle Vaughn at the 20-yard line that garnered the biggest crowd reaction on the day.

“I saw [Vaughn] already waiting for me to make the first move and that she was setting up to tackle me. At that point it was just a matter of hitting the cut at the last second to get around her tackle,” said Garcia on the big move.

Wendy’s Player of the Game: Olivia Flores-Elliott and Jalana Garcia

Both teams had to fight through in-game injuries, which prolonged the game under the grueling sun which went from 2 pm to 5 pm. The most notable injury was team Legacy’s defensive back Cierra Arriola, who injured her ankle early in the 1st quarter. The team was already without key player Dana Benavente on the day and losing Arriola was a big blow to their defense.

“It was definitely a big hit to us, but we just have to talk to our incoming players that are stepping up to the plate and let them know that we’re here for them and they just have to stick to the job they know they have to do,” said Flores-Elliott, who, along with Garcia and Paige Surber, were coming in exhausted from National Rugby practice in the morning.

Flores-Elliott provided plenty of big runs, but none bigger than her 15-yard touchdown early in the 4th quarter to go up 20-18. The back-and-forth against the Stunnerz was expected by Legacy given the nature of the league to improve in talent each and every season.

“Every team gets better every year. The original players know that the skill level of the incoming girls is dependent on them. It really brings up the talent they have on their team. We can’t take any team lightly this year and that’s a challenge we’re going to have to keep climbing if we want to stay on top,” said Flores-Elliott.

The Stunnerz struck first blood with a 72-yard run from Vaughn on their opening drive. Legacy responded immediately after with a 42-yard run from Garcia as neither team were able to convert on their 2-point conversions leaving a six-all game in the 1st.

Rodrigues added her first score on a 52-yard catch and run before halftime putting her Stunnerz up 12-6.

Garcia added her second touchdown of the day early in the 3rd to from 21 yards out to tie the game at 12, but Flores-Elliott punched in a conversion to give her team a 14-12 lead. Vaughn and Lani Jackson gashed Legacy with big runs to set up a late 3rd Quarter score from Vuaghn to once again change the lead 18-14.

Flores-Elliott’s touchdown to open the 4th briefly gave Legacy back the lead until Rodrigues hauled in the 20-yard score. Garcia refused to be denied with a 37-yard run and Legacy got the ball back on the following possession thanks to a fumble forced by Jessica Taitague.

The morning game provided just as much entertainment with the Sindalu Raiders beating the SB Saints 24-18.

(photo by Bout It Productions)