BULLDOGS HOLD OFF WARRIORS TO ADVANCE TO SEMIS

The #4 seeded Okkodo Bulldogs advanced to the final four in the IIAAG High School Boys Volleyball League after defeating the #5 seeded St. Paul Warriors in four sets Friday night at the Okkodo gym. 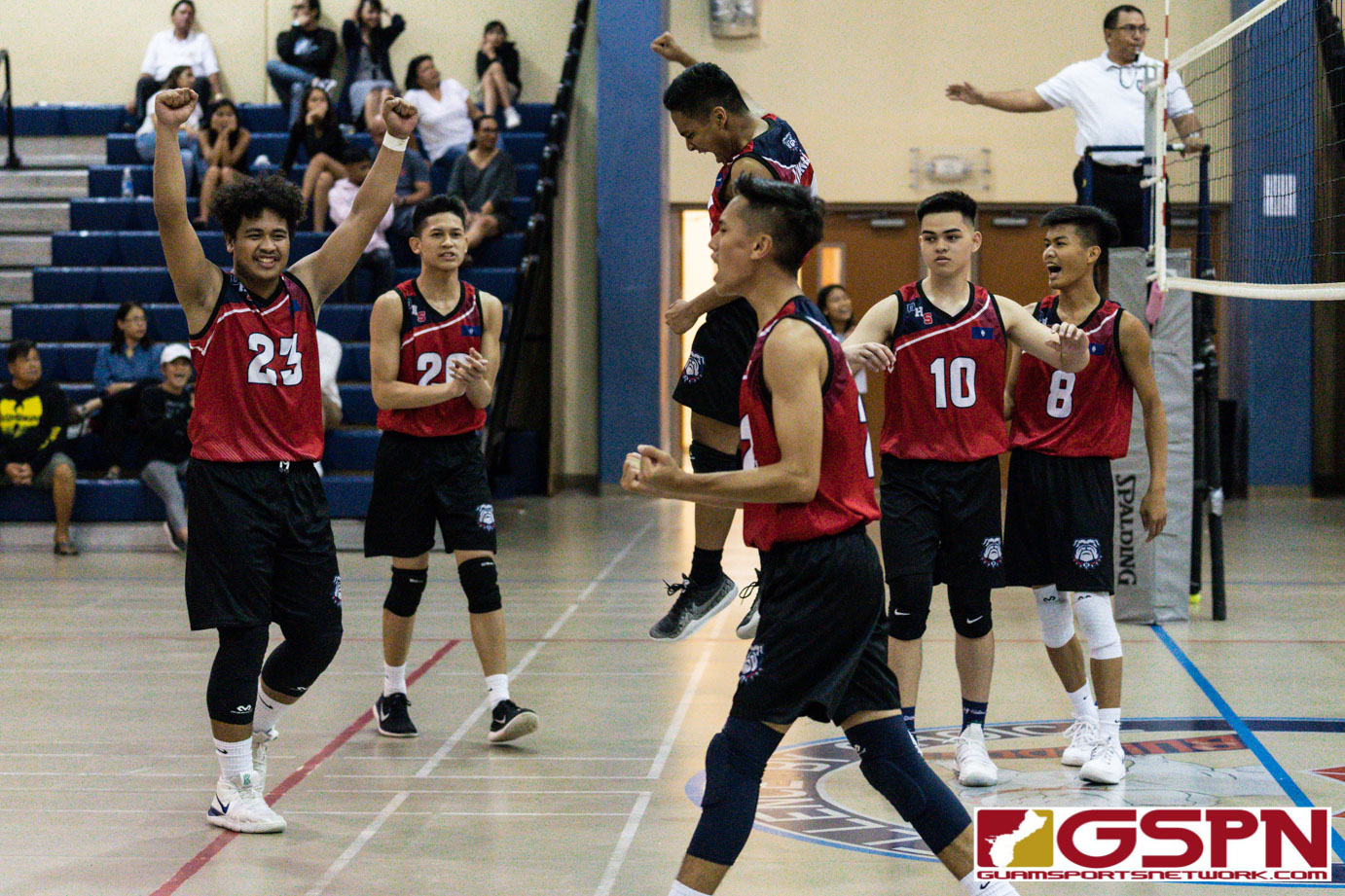 The #4 seeded Okkodo Bulldogs advanced to the final four in the IIAAG High School Boys Volleyball League after defeating the #5 seeded St. Paul Warriors in four sets (25-20, 25-21, 25-27, 26-24) Friday night at the Okkodo gym. Both teams battled every set but the Bulldogs took advantage of home court and extended their season with a victory against a feisty Warrior squad.

“When we started the season; we knew we had the potential to be one of the top teams in the league,” said Aromin. “We still believe this and we are just going to continue to work hard.”

Jesse Martin and Aydan Abad also stepped up big for the Bulldogs, playing well on both offense and defense to help the Okkodo squad advance to play the top-seed FD Friars next week in the semi-finals.

The Warriors grinded every match behind setter Jonathan Hotelling, setting up his hitters from all angles. Seniors Nichika Fermin, Reo Aiken and Isaiah Macalma played their hearts out but their efforts came up short against the home team. Macalma served a game clinching ace in the fourth set to win a thriller 27-25. Aiken and Fermin combined for six kills in the final set as the Warriors looked to go to a fifth set.

The Warriors were up 24-20 in the fourth set and just need one more point to go to the final set. The Bulldogs called a timeout and regrouped with a game plan of staying error-free.

“We practice for situations just like this and thankfully we came out with the win,” said Abad.

The incredible Bulldog run (6-0) started with a kill by Jarwin Espiritu to trail 21-24. An illegal player rotation was called and the Bulldogs recieved another point to trail 22-24. Espiritu served an ace and suddenly the Bulldogs just needed a point to go to deuce. The Warriors had a chance to put the game away but a kill attempt by Fermin was called out of bounds and the game was tied 24-24.

Espiritu continued his run at the service line after an errant pass gave the Bulldogs match point, leading 25-24. The final point went back and forth and ended with Aromin making the final kill to end the Warrior season.

“Our coach told us to just keep calm and play our game. Most of our games we played (this season), we had to play catch up and that was what we had to do again tonight,” said Aromin.

The Bulldogs will take on the defending champion and top seed FD Friars next week at FD. The Bulldogs will have a tough task but adjustments will need to be made based on their first meeting.

“We need to work on our covering and shift when they are hitting,” said Aromin.

Martin had 11 kills and four blocks on defense for the Bulldogs who finished with an 8-3 record during the regular season. Abad recorded nine kills, three blocks and three aces for the Bulldogs.

In other quarterfinal games: