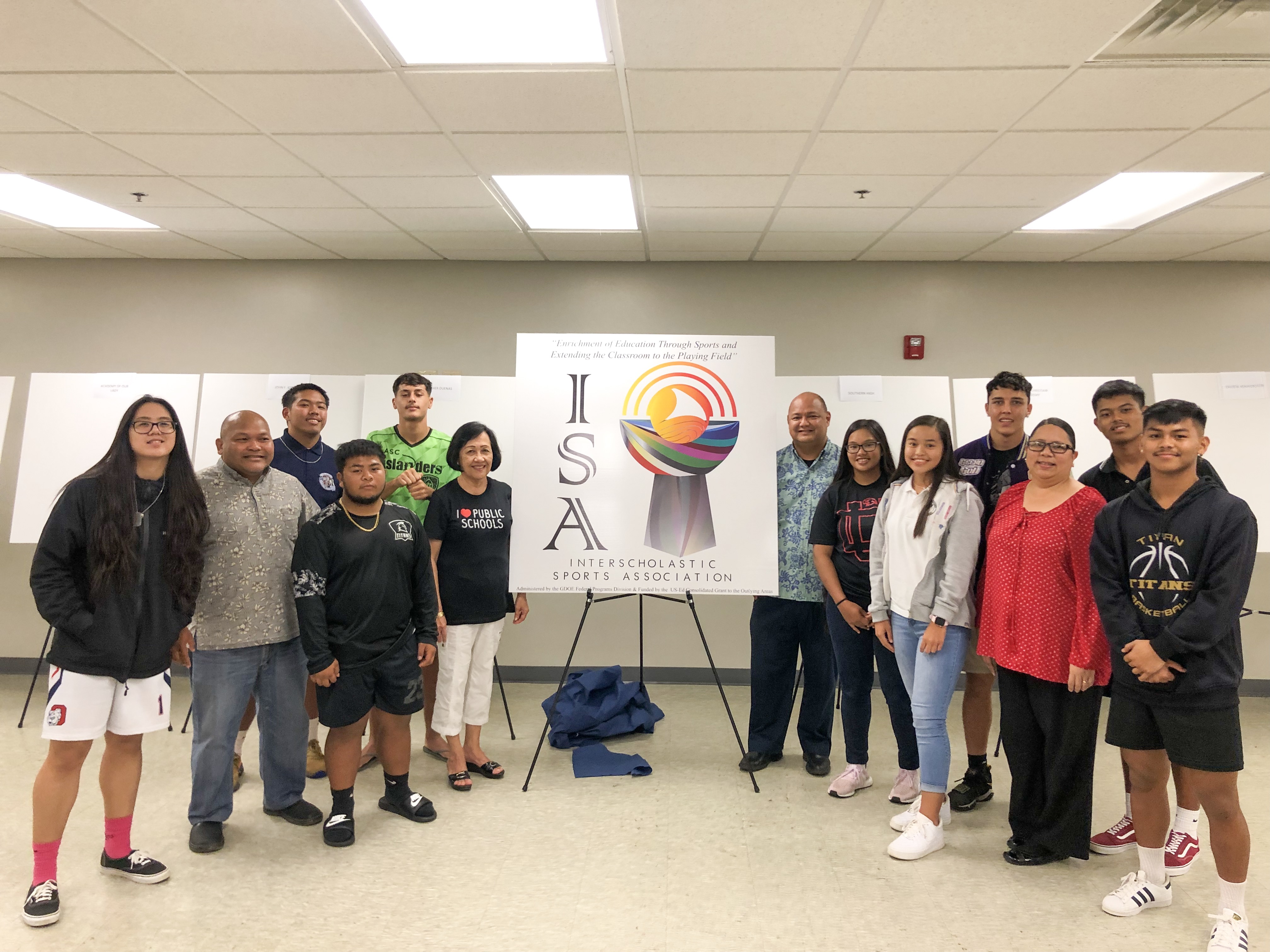 During the launch, the Superintendent of Education and Guam Education Board Chairman discussed the future of the ISA league, which will include participation with GDOE and private non-public schools. The league will officially begin operating high school sports in January 2020.

After a brief historical review by Superintendent Jon Fernandez, the Guam Education Board members and student athletes unveiled the new ISA logo. The logo represents endurance, comraderie, diversity, and teamwork, and features the slogan, “Enrichment of Education Through Sports and Expanding the Classroom to the Playing Field.” Specially designed logos were also created and will be presented to each participating GDOE and private-non-public school.

“We had a lot of discussion up to this point, and today is a major milestone. This is one island, and we look forward to working together with our schools and community partners to provide the students of Guam with the best sports program the Guam Department of Education can offer,” Guam Education Board Chairman Mark Mendiola said.

“This is about elevating sports, elevating character development, and preparing our students for success in and out of the classroom,” Superintendent Fernandez said. “We want to think about where we’re going with sports beyond the seasons and the school year, and how we can help to develop our student athletes and maximize their potential in high school and beyond.”

For more information about ISA sports, please contact Acting Sports Program Coordinator Al Garrido at the Division of Curriculum and Instruction via email at algarrido@gdoe.net or at 300-1377.