The Geckos picked up their second straight win in IIAAG football in a home field victory over the Southern Dolphins. 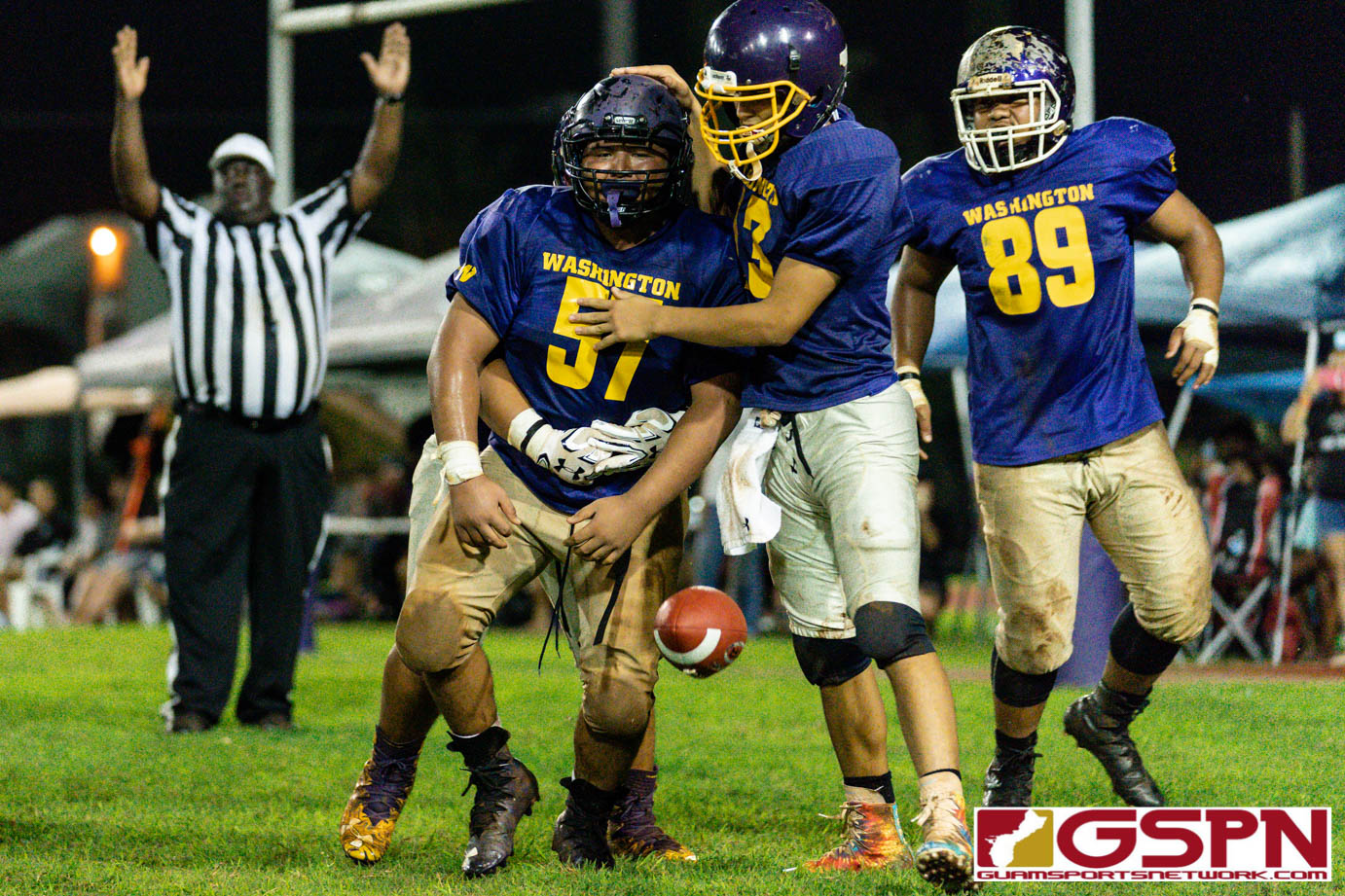 The young GW football squad found contributions from several players on Friday night, defeating the Southern Dolphins 35-16 to improve to a (2-1) record while the Dolphins fall to (0-3).

The matchup featured a strong run game from both teams, and Eian Naputi would lead the way for the Geckos, amassing 140 yards and a touchdown to help his team power through for the victory. Naputi thanked the boys in the trenches for his big night.

“I owe it all to my O-line. Everything starts with them; they did a great job tonight. It made it easy for me to find the openings,” said Naputi.

“I had a different mindset coming into this game. I felt like I needed to be more aggressive. There was a lot of hard work during practice this week, we didn’t want to underestimate what this team could do,” said Quichocho.

Before the end of the first half, Southern led GW by one point at 8-7. But after Southern’s first score, GW made some adjustments, tightening up the defense and backing Southern into their own end zone.

On third and long, Southern opted to run the ball up the middle but Quichocho made the right read, blitzing the hole and forcing a fumble which would be recovered for a touchdown by teammate in Defensive Lineman Cylar Gumabon. It was clear to see that Gumabon was excited about the play, and the play resulted in some entertaining reactions from both coaches and players on the sidelines.

“I’m really happy for him, glad I was able to set him up for the score,” said Quichocho.

On the point after, GW went for two and would convert, which put the Geckos up 15-8 going into halftime.

To start the second half, the speedy backfield of Naputi and Aiden Gumataotao had two big runs which put the Geckos at the five-yard line, with an opportunity to score. But two costly penalties which consisted of a false start and a holding call, would push the Geckos back 15 yards to the 20-yard line.

GW opted to air it out to make up for lost yardage, but high pressure from Southern’s defense forced Quarterback Enrique Macias to scramble outside the pocket and he would find daylight up the sideline for a 20-yard touchdown. The PAT was good which increased the Gecko lead to 22-8.

Both teams seemed to be plagued with penalties as a total of 12 flags were thrown on the night.

GW forced a three and out on the following Southern possession and would score again before Southern was able to answer with a score of their own. The score was setup by a 50-yard run by Naputi which put the Geckos at the one yard-line. Fullback Keanu Gray capped off the drive and powered through for a score.

On the following possession, Southern found some offensive rhythm. Runningback Conan Baza found an opening for a 72-yard breakaway touchdown which would shrink the deficit to 14, and later to 12 as they opted for a two-point conversion which was good. Southern trailed 28-16 following the breakaway run and extra point. Baza finished with 112 yards on the night.

Before the final whistle blew, the Geckos were able to find the endzone one more time as Gumataotao scored on a run up the middle on first and goal. The final score was 35-16.

Although GW looked dominant in this win, Quichocho feels there were lots of mistakes that need to be fixed.

“We’re a very young team, we gotta show everyone that a young team can prove something to the league. We did make a lot of mistakes throughout the game but that’s something that we’ll fix in practice,” said Quichocho.