The Geckos and Sharks met for the first time since last season’s IIAAG title game in an exciting midseason clash. 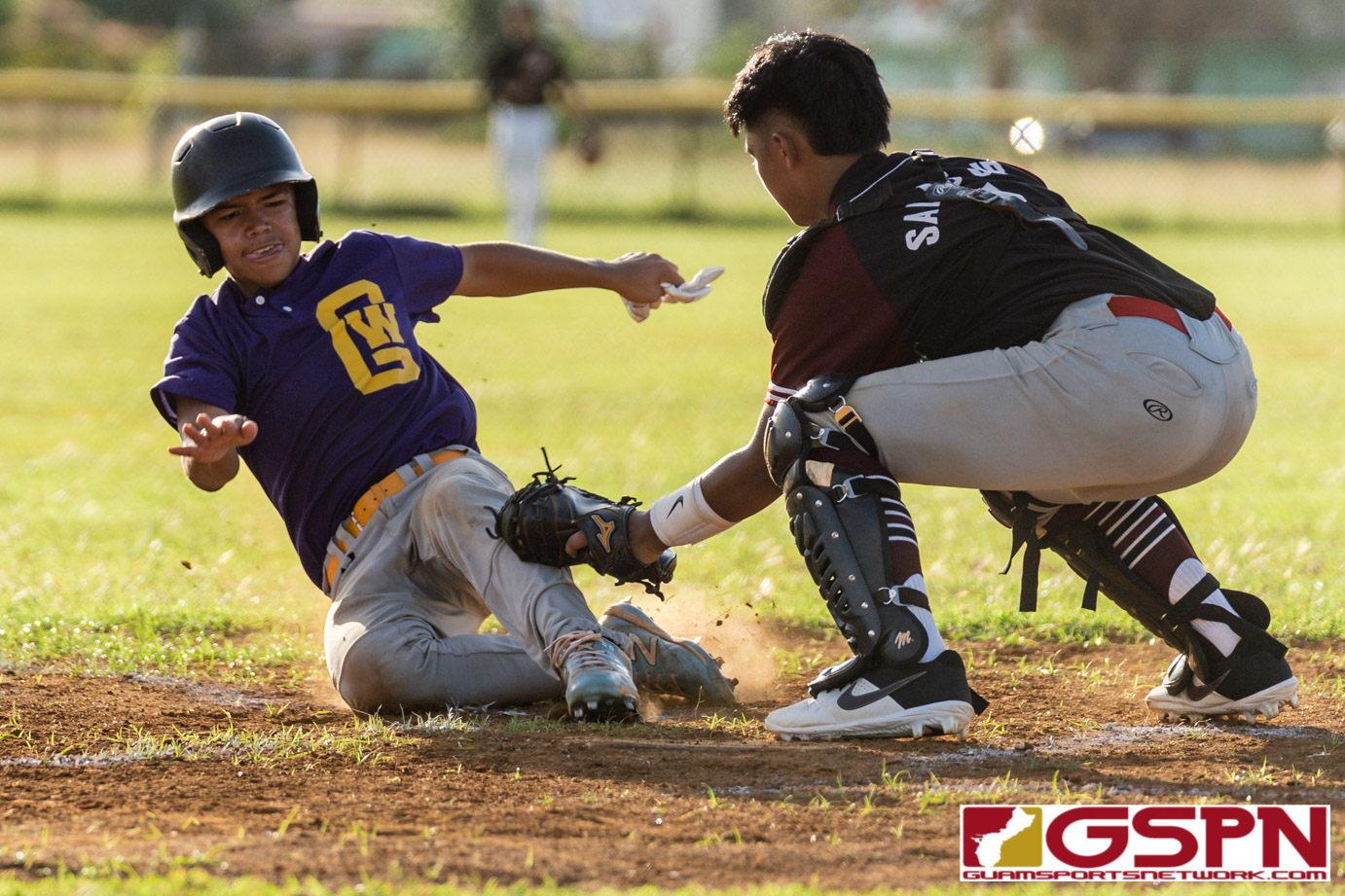 Last years IIAAG Baseball Championship Game between the GW Geckos and Sanchez Sharks was the last time both teams had seen each other before their meeting Wednesday evening. A back-and-forth battle ended after six complete innings, resulting in a 5-all tie for two of the leagues best teams.

The Geckos still hold a lossless record (4-0-1) and the Sharks stand at (4-1-1) with their only loss coming against the JFK Islanders.

Both teams played an error free game for nearly three complete innings before mistakes started to turn into opposing team points in the 3rd. Tied at one run each, the Geckos got a big bat from Guiafon Terlaje off a single, which ended in an errant throw to third base to allow teammate William Palomo to score the lead changing run, 2-1.

Two more runs would score for the Geckos off a wild pitch and an error at the short stop position to put the home team up 4-1.

Sanchez didn’t back down, making their biggest moves in the 5th inning. Back-to-back errors in the outfield with one out away allowed Sharks Javier Concepcion to trot in for Sanchez’s first of four runs. Another dropped ball deep left followed by a wild throw to first base allowed Sharks Daven Meno to move from second to home to tie the game at four runs each.

A wild pitch from Geckos Arren Yatar put the Sharks ahead 5-4 before Yatar closed up the inning with a strikeout.

GW opened the 5th inning with a triple from Terlaje and teammate Ashton Tedtaotao would bring in the game-tying run off an RBI double. Sanchez would get two big plays from the shortstop Concepcion, scooping up two grounders that he fired off to first base to end the 5th.

The Geckos defense would close out the top of the 6th three-up three-down while racing daylight. Concepcion would step up for a big play for the Geckos second out before Sharks relief pitcher Tyler Santos got a strikeout to end the game.

The officials called action due to loss of sunlight.