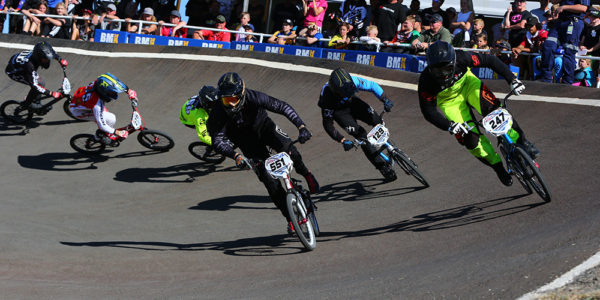 PRESS RELEASE – In mid-July 2019, the Guam Cycling Federation (GCF) received communications from UCI President, David Lappartient, that the federation had been awarded a grant for the development of the sport in Guam as part of the UCI Solidarity Programme.

“The development of cycling remains one of the fundamental objectives of the Union Cycliste Internationale (UCI). For this reason, we have created the UCI Solidarity Programme to provide technical skills, financial support and professional advice to assist in the development of our National Federations,” said Lappartient. “Last year I was appointed by the OCC (Oceania Cycling Confederation) to represent our region on the Solidarity Program Commission,” said Eric Tydingco, President of the GCF and Vice President of OCC.

“The consensus of the developing OCC member countries is that BMX cycling should be a focus for the growth of the sport. It’s no different for Guam. Not only is it an Olympic discipline, but we believe it is the perfect way to engage younger cyclists to compete in a closely monitored environment. Plus, we feel it is a pathway to either mountain bike or road cycling,” said Tydingco. “The idea is to roll out the introduction of BMX cycling in a few schools, with training offered by instructors who have completed the Pacific Cycling coaching certification program held in December 2018,” said Monessa Horton, Secretary General of the GCF.

“We are aware that there is a perception of danger while cycling on the open roads on Guam, which is why this BMX program makes sense. Additionally, having a BMX track is spectator-friendly and friends and family will be able to watch their favorite riders in a designated track free from motor vehicles.”

While the federation admits that there is no existing BMX track facility on island, the program will start by using open spaces, such as vacant parking lots and fields for this first phase of the development.

The federation expects to receive nearly $7,000USD from the UCI which will be directed toward the purchase of BMX bikes and transport equipment. Long-term plans include the construction of competition grade BMX track facility.

The Guam Cycling Federation is a 501c3 non-profit corporation whose mission is to develop the sport of cycling in Guam. For more information email: [email protected]