OVER 130 CYCLIST PARTICIPATE IN TOUR OF GUAM 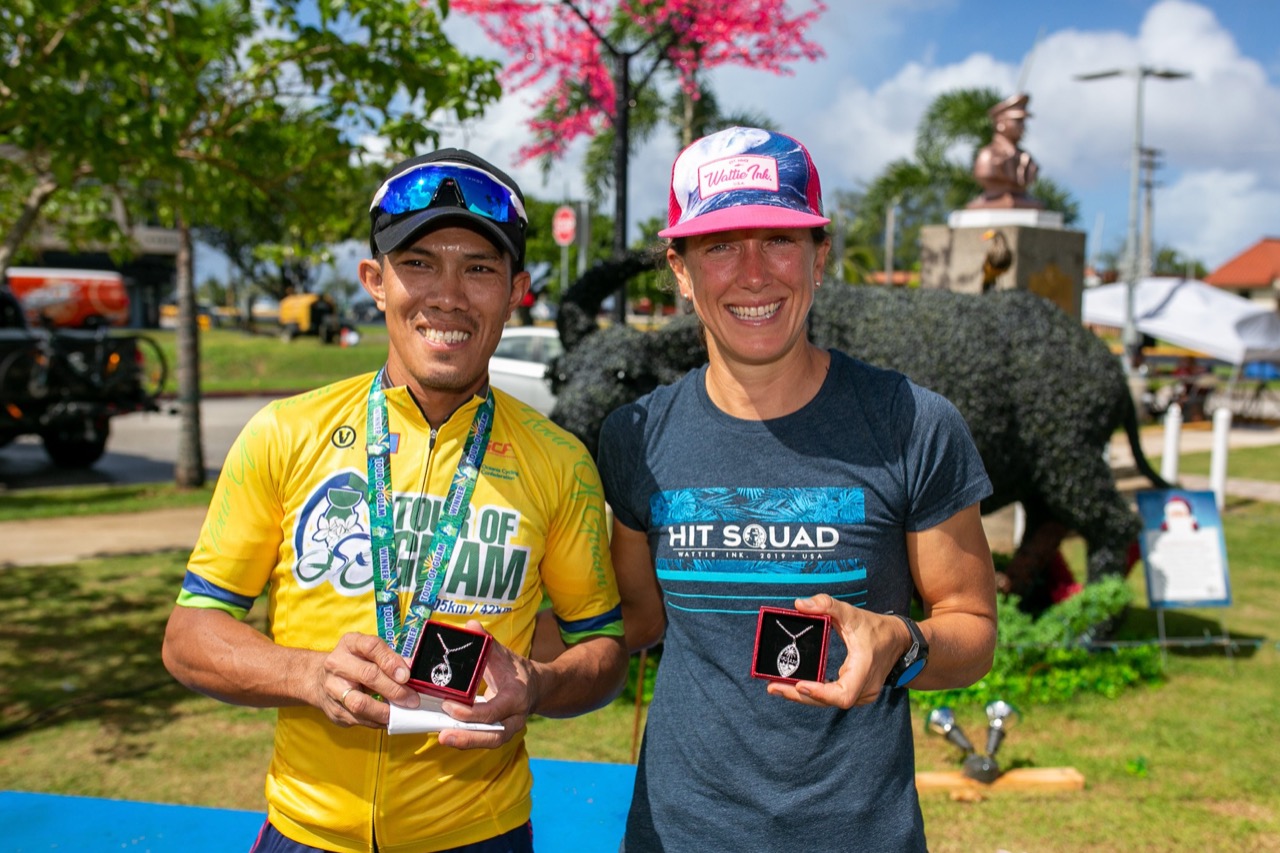 Guam Cycling Federation held their annual Tour Of Guam Sunday morning with over 130 racers competing in the long and short course.

Coming in first place for the long course was Philippines racer Mark John Lexer Galdeo, who has won the Tour of Guam four times in a row. For the women’s division, another familiar face topped the race as Guam’s Laura Nadeau won the race for the third year in a row.

For National Champions, Guam’s Dan Aponik took the title for a second straight year for the men’s and Joyce Calma took the top spot in the women’s.

Check out the FULL RESULTS below: