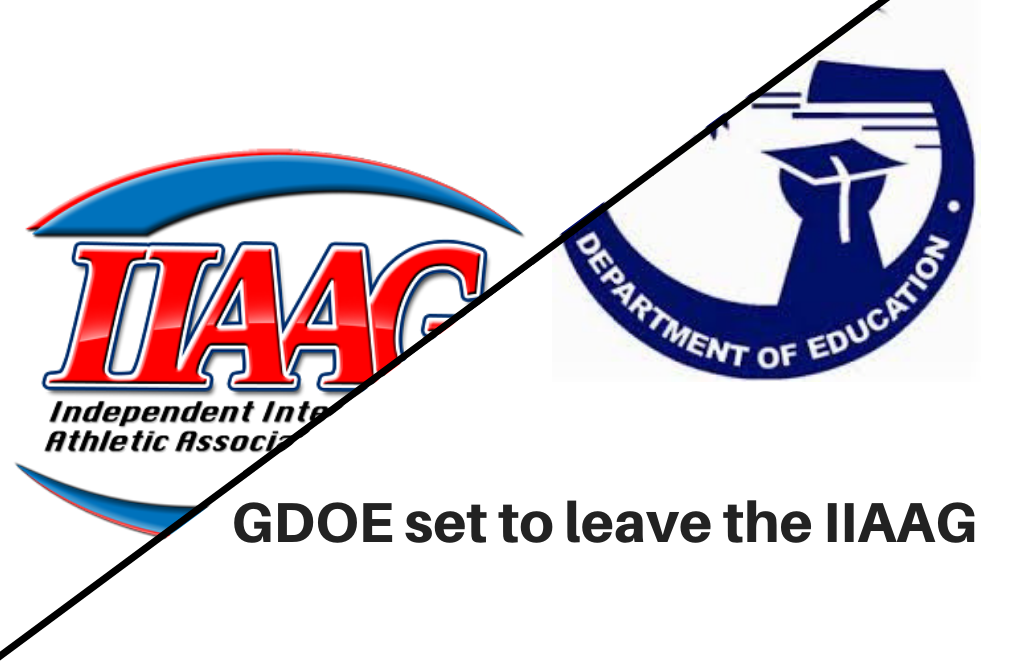 As the start of second quarter sports kicks off, the end of what we’ve known to be the make up of high school sports under the Independent Interscholastic Athletic Association of Guam (IIAAG) will draw to an end at the close of the year.

Created in 1999 to provide an independent, not for profit body to oversee and organize interscholastic sports, the IIAAG will be just a fraction of its existence as the public schools pull out and will now compete in the newly-formed Interscholastic Sports Association (ISA) starting in January 2020.

The Guam Education Board, which has oversight over the Guam Department of Education (GDOE) voted in May not to continue to participate in the IIAAG upon the expiration of the agreement at the end of 2019. The idea of separation, however, came to light last fall. (See Q&A with Superintendent Fernandez in December 2018).

Since then, GDOE has hired a Sports Program Coordinator in long-time volleyball coach and former sports journalist Al Garrido, has formulated an official organization in ISA, is drawing up an official logo and has already formulated draft schedules for third quarter sports.

“The superintendent and his team are charged with ensuring that we have a seamless transition to take over the operational control of the interscholastic sports,” Board Chairman Mark Mendiola wrote to GSPN.

Meanwhile, the IIAAG will be left with the private schools in which it intends to carry on business as usual come the third quarter.

As the two leagues charge ahead with their respective plans to start anew simultaneously, there are many still wondering, ‘why the separation?’

“I really do not understand why GDOE has to separate from the IIAAG,” said GW Athletic Director Marty Boudreau, who also served as IIAAG President for more than 15 of the 20 years of the league. “I understand that the Education Board has directed GDOE to separate, however, there is no reason for the separation to happen. Other than the Education Board, I know of no one that wants this separation to occur. Guam is too small to have separate high school leagues. WHY can we not stay together?”

When asked if it’s too late to change the course of action, Chairman Mendiola replied, “The board affords the opportunity for any stakeholder(s) to present policy changes, amendments, or new policies through our board committee structure, and through the superintendent’s office. At this point there is no consideration to change the current policy.”

Other athletic directors (both public and private schools) have shared similar sentiments with GSPN, but declined to go on record.

So despite a plea from major stakeholders, the change moves along with just about 60 days to go.

One third quarter coach who still has a few questions about the separation is long-time FD basketball coach Eddie Pelkey, who shared his frustrations with us.

“The separation is water under the bridge at this point. I’m just curious how each entity handles the competition aspect of league play. I want the best for the student athlete. That means competition across all league lines.  Are GDOE (ISA) schools going to play basketball against IIAAG schools? And not just pre- or post season. I want to play every school. I know there’s a way it can happen,  but will each entity ‘budge enough’ for the student athlete to make this a reality?”

While the Independent Interscholastic Athletic Association of Guam (IIAAG) remains deeply disappointed with GDOE’s unwarranted decision to separate their six (6) high schools away from the island wide high school sports community, we will stay focused on our mission to familiarize all of our Student/Athletes with the fundamentals of sports by providing a safe, fair and fun interscholastic experience.

As the Superintendent is aware, GDOE schools are still official members of the IIAAG throughout the 2019/20 school year and are able to participate in any/all of the sports offered by the league. As such, the reciprocating opportunity for our members to participate in the GDOE league is only appropriate. As stated after GDOE’s decision to separate, the IIAAG was hopeful that they would consider joining in interleague matchups and invitational tournaments.

For over 20 years, the IIAAG has helped influence and promote unity within our community through sports. The league is represented by 24 members and continues to grow, each of us volunteering tireless hours to properly coordinate and facilitate interscholastic sports for all of our island’s student athletes. We are proud of the success or our organization which is directly reflected by the growing number of local athletes achieving their dreams of competing in both college and international sports. We are proud of the platform we’ve established to properly prepare our students with the necessary athletic skills and, more importantly, academic thresholds required to pursue higher levels of training and competition.As always, we extend our highest praise to all of the fantastic Student/Athletes who have devoted their time and energy, constantly working to improve their skills to represent their teams and schools in interscholastic competition. The IIAAG will always keep the competition where and with whom it belongs, at the competition site between the players and their respective teams.

As we come to grips with this change in sports landscape on our island, the passionate sports community is left with concern. The questions that many have regarding the stability of two separate leagues at this point, can only be answered in due time.

COACHING A GOLD PHYSIQUE
COLLEGE FOOTBALL SHOWCASE YET ANOTHER SUCCESS