The Guam Taekwondo National team will look to win multiple medals with a contingent of five athletes competing in Pacific Games in Samoa. The squad, which is still a very young team, will bring three Pacific Games veterans and two highly skilled prospects. 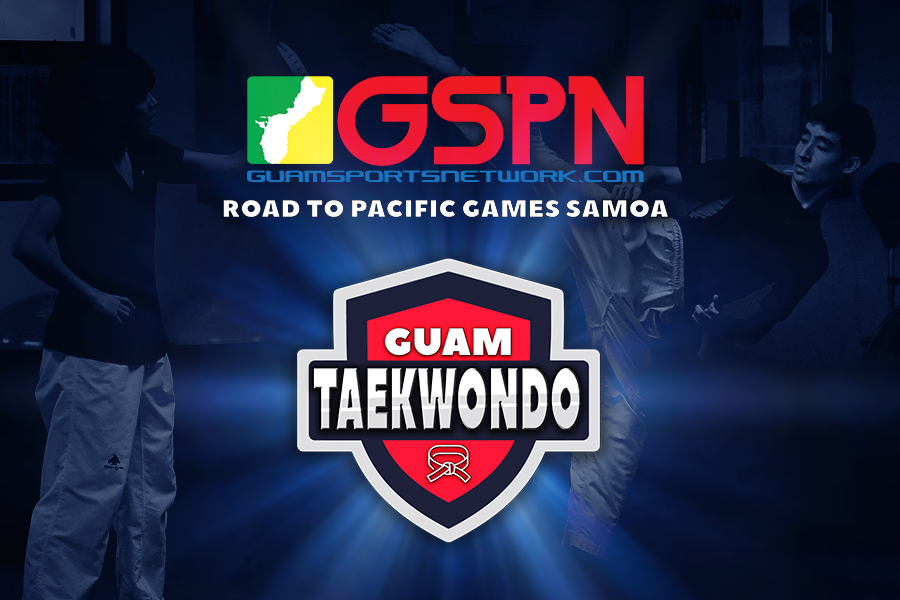 The Guam Taekwondo National team will look to win multiple medals with a contingent of five athletes competing in Pacific Games in Samoa. The squad, which is still a very young team, will bring three Pacific Games veterans and two highly skilled prospects. Alexander Allen, Joseph Ho and Amber Toves were at the previous Pacific Games in Papua New Guinea and will bring Leon Ho and Tierra-Lynn Chargualaf to Samoa.

In the last Pacific Games, Allen medalled in his weight division and he looks to add another medal to his resume.

“We have that intensity and knowing what to expect with experience from the last Pacific Games. We have trained harder and smarter to properly adjust ourselves and now we are going to put it all to the test,” said Allen.

Allen said the competition is usually taller in height at the Pacific Games but the team is ready for the challenge.

Coaches Mike Ho and Ronald Cook will guide the athletes during their competition which is scheduled towards the end of the Pacific Games (July 16-19) at the Harvest Centre Faleata.

Joseph and Leon Ho are the sons of coach Mike Ho and newcomer Leon said he will look to the advice his father and older brother. “It makes me feel a little more comfortable knowing they have been there before. But I know they will push me to do my best,” said Leon Ho.

“The Pacific Games (four years ago) was actually my first competition.  I’ve gained alot of experience since then and I’ve learned to be more calm,” said Toves.

“Im going to focus on the guidance from my teammates (for my first Pacific Games),” said Chargualaf. “Coach has been very strict on us to stay committed so we can get better and hopefully medal at the Pacific Games.”

The Taekwondo team will compete towards the end of the Pacific Games and will be there for the closing ceremonies.

Taekwondo won a bronze medal at the last Pacific Games in Papua New Guinea, they are eager to take the mats and bring home more hardware for Guam. With the experience at several tournaments overseas and the guidance of coach Mike Ho, look for the contingent to be in contention.