After an early season loss to the Untalan Wildcats, the BMS Roadrunners traveled to the Untulan campus and avenged their loss with a 23-20 victory to tie the leagues top team in record at (9-1). 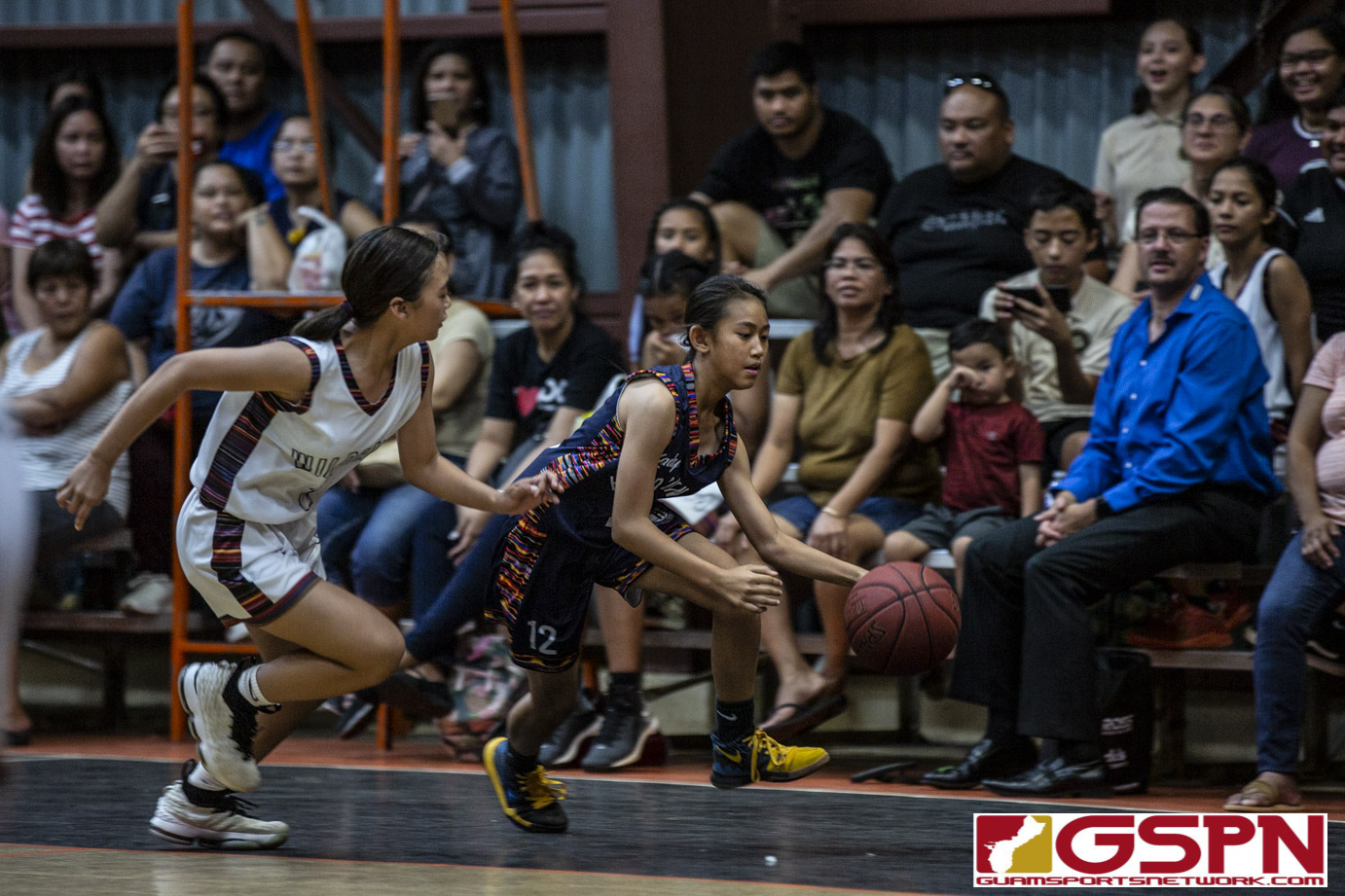 After an early season loss to the Untalan Wildcats, the BMS Roadrunners traveled to the Untalan campus and avenged their loss with a 23-20 victory to tie the leagues top team in record at (9-1).

Led by a 10 point performance from guard Erin Moldez and a smothering full court defense, the Roadrunners were able to stay on top for a majority of the game and stave off a potential Untalan comeback in the 4th quarter.

Aedleen Olidan also contributed to the victory with 4 crucial points throughout the game.

The game began with a sluggish start as both teams struggled to finish at the rim. After both teams exchanged a single free throw, Mei’shae Concepcion went to work by hitting a contested layup and knocking down a three for the Wildcats. BMS answered with six points of their own, finishing the quarter with a buzzer-beater shot from Aedleen Olidan for a 7-6 lead.

Concepcion continued to battle for the Wildcats, hitting a layup in traffic to get the lead, but 6 points from Moldez and a high floater from Cassandra Kido allowed the Roadrunners to go up 15-8 in the 2nd quarter. Concepcion answered with two free throws, but the Wildcats found themselves down 10-15 going into halftime.

Untalan came back in the second half following an early Roadrunner layup. The Wildcats utilized aggressive defense and stingy rebounds to go on a 5-2 run in the third quarter. Laelae Meluat ended the Roadrunner’s scoring drought with a quick layup to keep the Wildcats at bay.

The Wildcats went into the fourth quarter with a new energy, but still found themselves down 19-15. Moldez refused to give up the lead, however, as she willed her way to the basket and found Aliss Pagdilao to push the lead up to 23-15.

The Wildcats began to fight back with a quick 5-0 run, but they were unable to get off a shot in the final seconds due to suffocating Roadrunner defense. The Roadrunners handed the Wildcats their first loss of the season and tie them for first in the standings.