The Sanchez Sharks won the battle of the North with Okkodo forced to retire in the 2nd quarter. 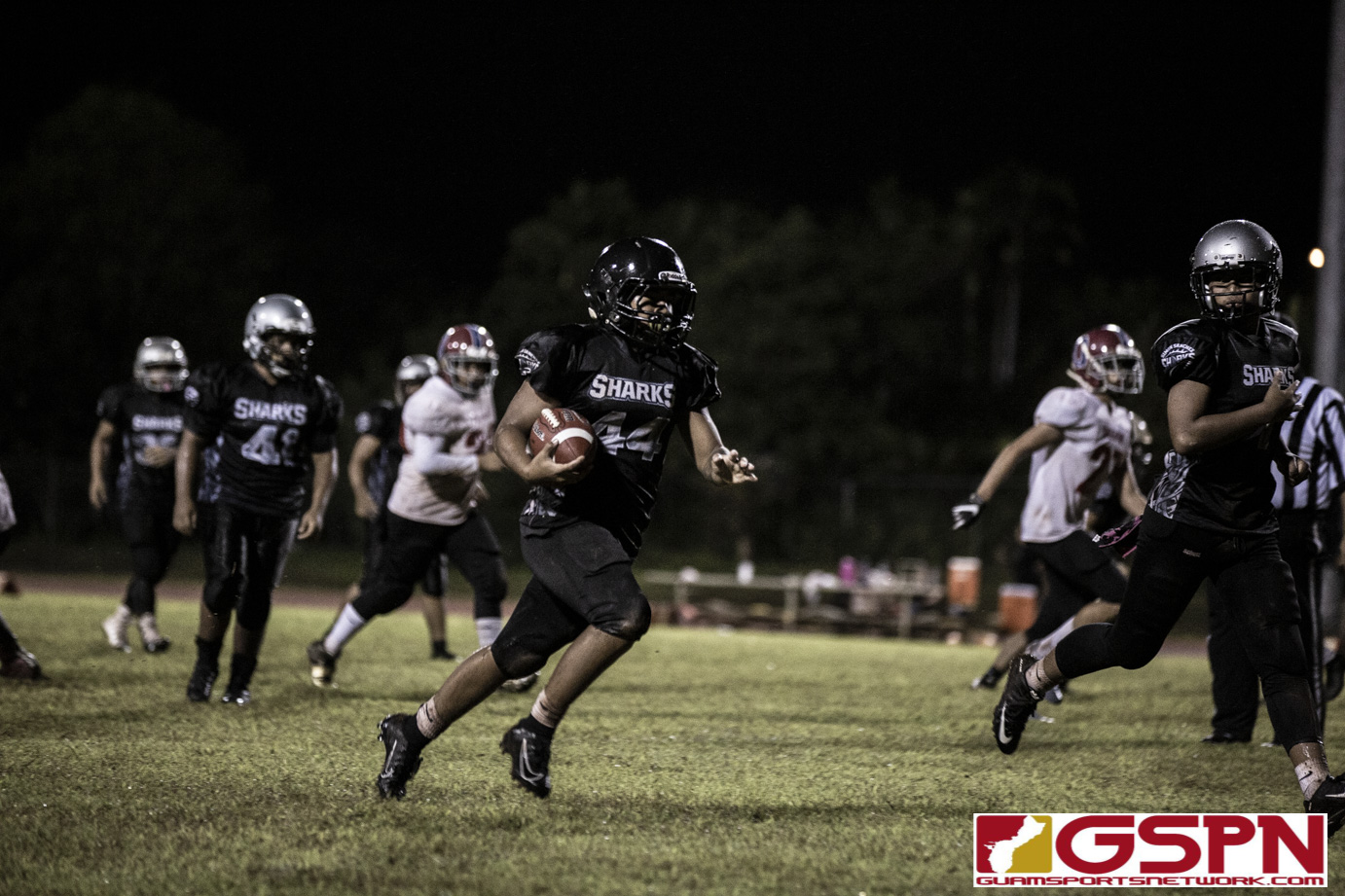 Sophomore running back Aiden Lumba had a strong debut into high school football after running for three total touchdowns in the teams 38-0 win over the short-handed Okkodo Bulldogs Friday at the Okkodo Field.

Lumba’s three scores were the highlight of the night despite the game ending in the 2nd quarter after the Bulldogs lost their third player to injury. Sharks Jayton Penaflor and Jonathan Sablan were the other to find the end zone as part of Sanchez’s strong night.

The Bulldog sideline was full of turmoil as players and students from the school got into an altercation which prompted parents to jump in and calm down the situation.

The verbal arguments escalated to a point where cops were called after a Sanchez parent riled up the crowd with comments made about an injured Okkodo player.