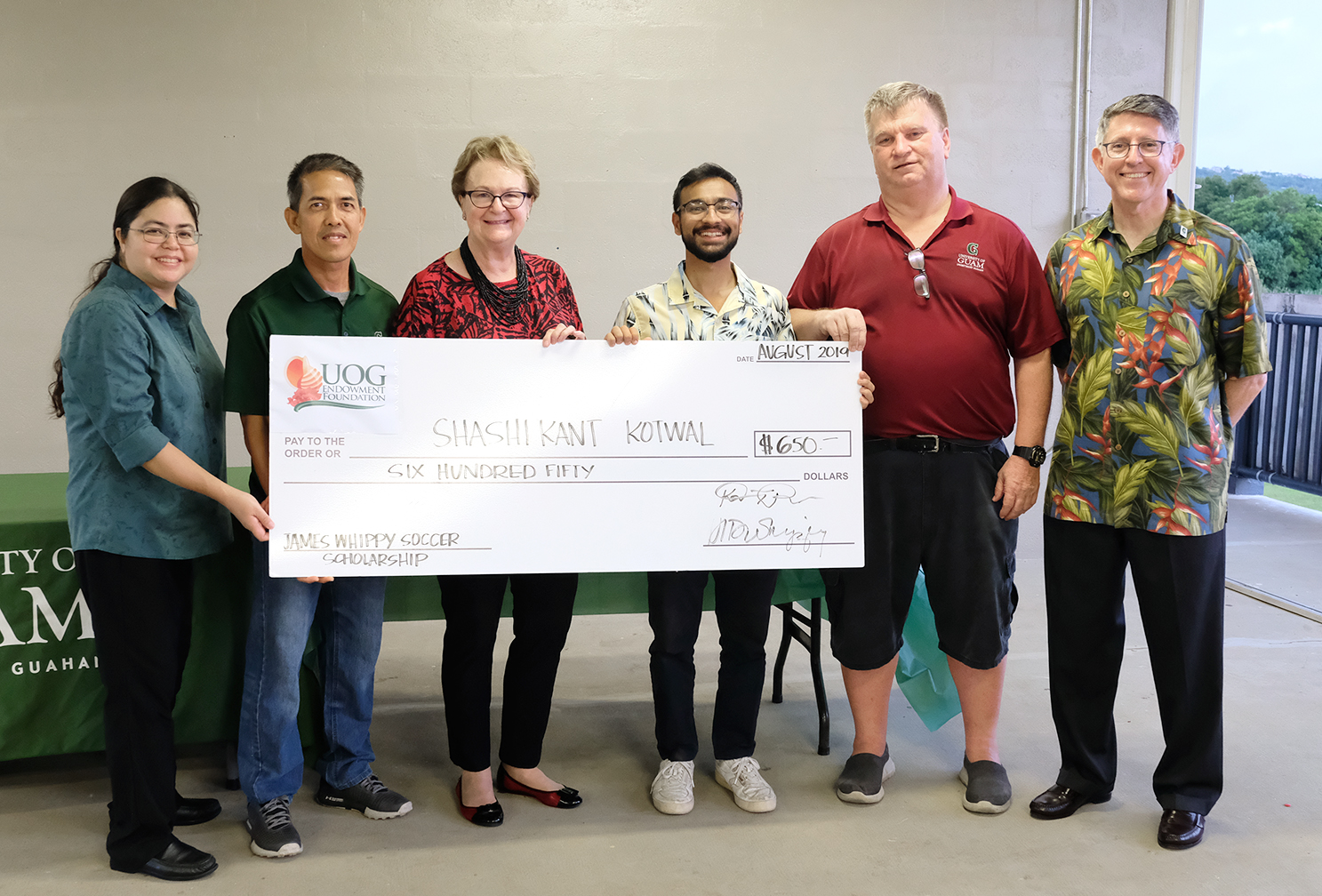 PRESS RELEASE – The University of Guam Triton Athletic Department named two James Whippy Soccer Scholarship winners for 2019 on Wednesday night at a reception at the Guam Football Association’s National Training Center. For the UOG Men’s Soccer team, Shashikant Kotwal became the first two-time winner of a Whippy scholarship, as Kotwal again led the Tritons in GPA for 2018-19 as well as 2017-18. Shashikant is a member of the Trident Academic Club, for student-athletes with a 3.50 to 3.99 GPA.

Jezreelyn Bulaklak was the Whippy winner for the UOG Women’s Soccer Team. The freshman from Saipan had a perfect 4.00 GPA for her first two semesters at UOG. She is a member of the Triton Academic Club for UOG student-athletes who have a 4.00 GPA.
Helen Whippy was at the event along with her son, James Jr. and UOG President, Dr. Thomas Krise and several members of the Guam Football Association’s staff and executive board along with several team mates from the UOG men’s and women’s soccer teams and UOG Head Men’s Soccer Coach, Rod Hidalgo.