Guam loses a heartbreaker on home soil as Maldives nets the games lone goal in Round 2 of the AFC Asian Cup China 2023 Preliminary Qualification and FIFA World Cup Qatar 2022. 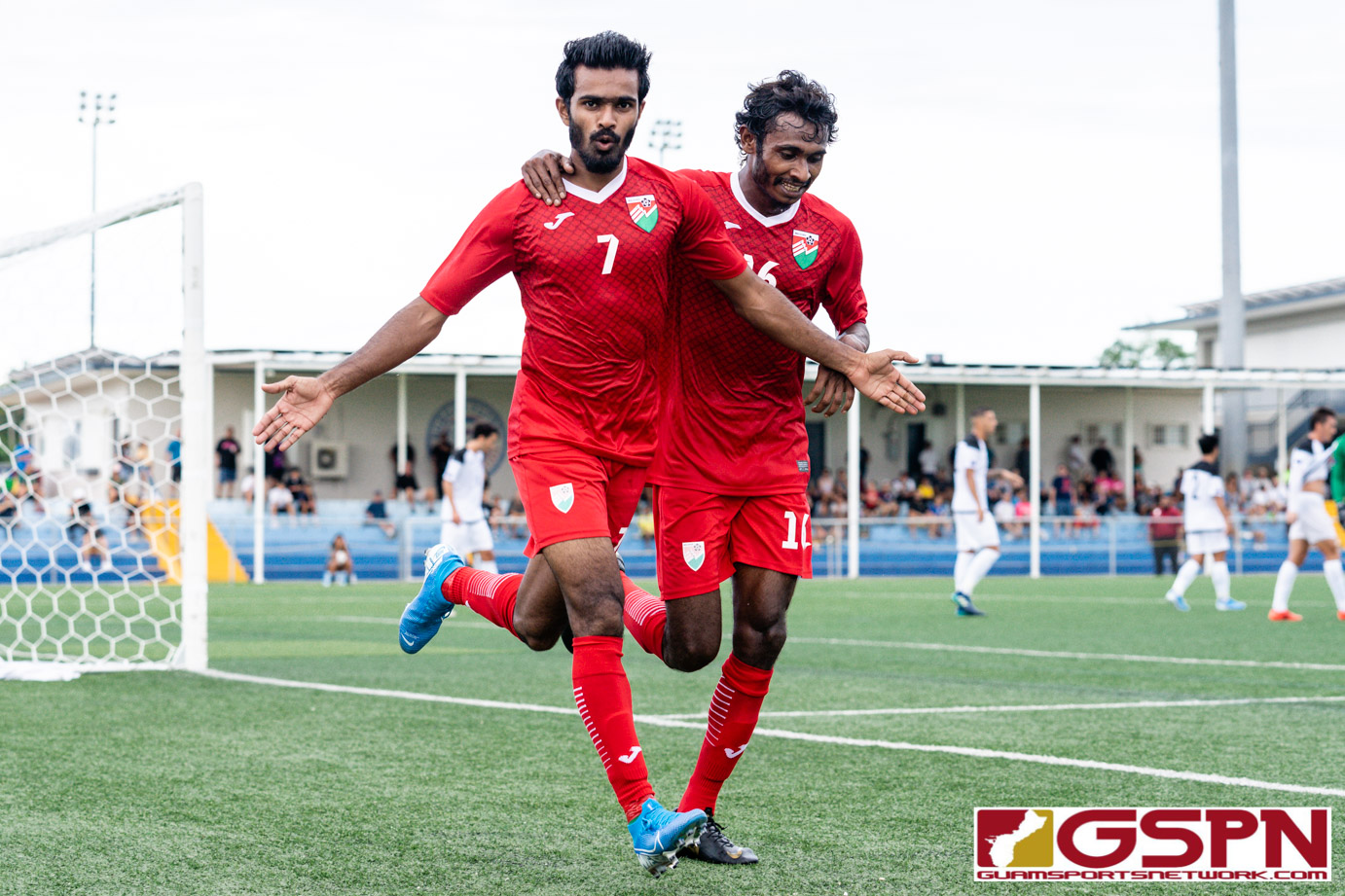 Maldives proved to be the aggressor for the games opening minutes as they quickly accumulated shots at goal in the first 15 minutes.

It took Guam 15 minutes before their first shot at goal attempt after a bad clear from the Maldives defense gave a small window to Matao forward Marcus Lopez just outside the box.

The defense and the keeper quickly collapsed to erase Lopez’s attempt and the home team wouldn’t get as close to a score for the rest of the half.

In the 27th minute, a breakdown on the defensive end allowed Maldives forward Mahudhee to get free on the right side of the goal box. Mahudhee got a strong shot towards the top right corner, beating the outstretched arms of Matao keeper Dallas Jaye for the 1-0 lead.

The physical contest garnered seven yellow cards and one red card ejection on Matao’s Shawn Nicklaw, who picked up his second yellow card late in the 2nd half.

Guam looked much better offensively in the 2nd half with two of their six shots at goal coming in the first 10 minutes. A strange no-call where Matao forward Shane Malcolm was tripped inside the box caused a few seconds of stoppage as both teams reacted to the play, but no whistle was blown as Maldives hurried to clear the ball.

The home crowd held their breathe as Maldives nearly kicked in another goal at 47th minute after Hussan Sifaau Yoosuf got a clean look from inside the box.

A substitution in the 2nd half almost paid off for Guam with Nataniel Lee and Devan Mendiola coming in. While falling, Lee was able to deliver a tight cross to Mendiola inside the box, who’s header was caught just in time from Maldives Mohamed Faisal for the save.

Seven minutes of extra time was added, but the Maldives defense prevented any shots on goal in the elongated period to steal the first game of Round 2’s games.

Guam will suit up for another home game next week Tuesday as they play host to the Philippines at 3:30 at the GFA Training Facility.