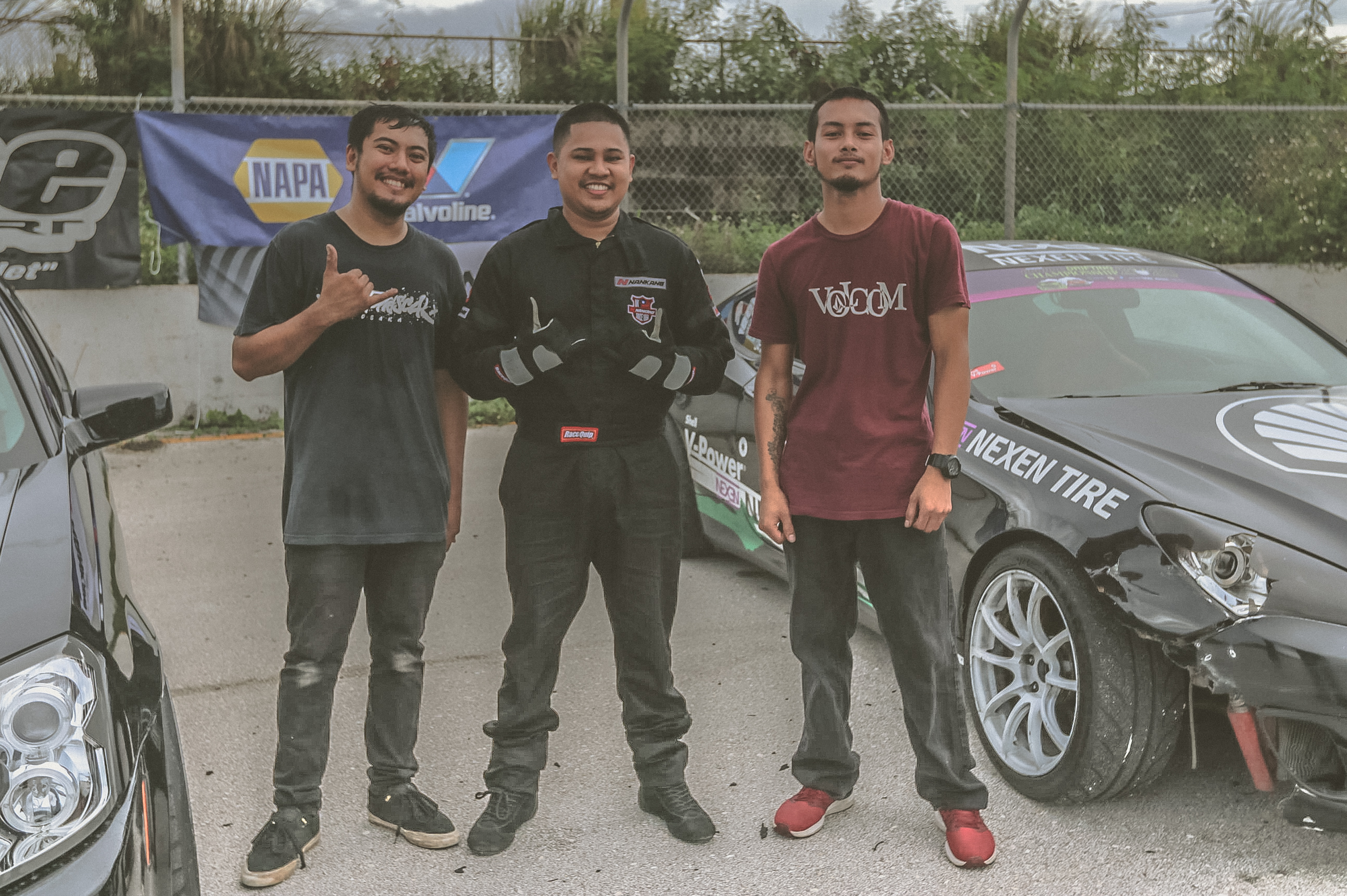 PRESS RELEASE – After a full day of rain showers it was looking like Round 2 was going to be a wet and slippery battle except it dried up and made for some really good drifting matches.

Rex Deseo returned to the tarmac with a new machine, a Cadillac CTS-V. With this black boat, he was able to take out the top seed qualifier John Respicio and Round 1 winner Karl Dumasig (who both spun out during the battle with Deseo).

Alex Greiner held some strong runs in his supercharged G35 but was still having clutch issues that haven’t been resolved since the 1st round. New comer Julius Atoigue worked his way under pressure and Josh Barcinas was trying to get used to his new 350z drift machine he transferred to from a S14.

Look out for more action during Round 3 scheduled for August 23rd.

Round 2 of the Proline Drifting Championships brought to you by Upshift is presented by Napa Auto Parts / Valvoline and Monster Energy Drink, sponsored by Fastenal, Hafa Adai Signs, Digital Kitchen, and Jones Media.