Athletes react to the cancellation of IIAAG 4th Quarter Sports. 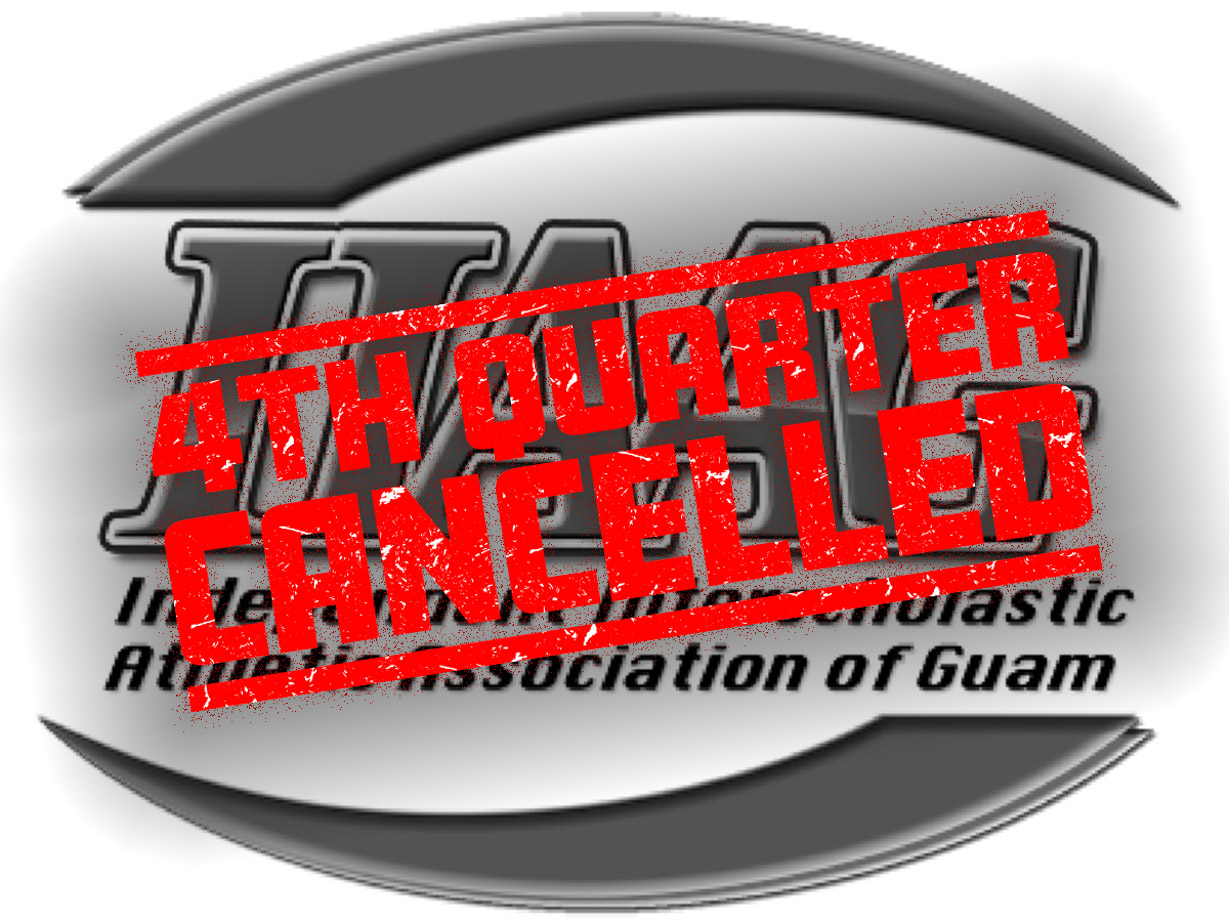 News broke Friday afternoon about the IIAAG officially deciding to cancel all 4th quarter sports, for middle and high school, for the 2020 season due to the global pandemic of COVID-19 as sent out in a press release from the league.

The official cancellation comes three weeks after the league suspended all activity on March 17th.

The ISA has yet to make an official decision regarding their seasons cancellations, though all signs are indicating they will likely follow suit in calling off their 4th quarter sports as well.

Guam’s high school athletes took to social media to voice their sadness over the 4th quarter shutdown, most especially the defending champions of each league, who were hoping to keep a title-streak going.

The four-time defending champion ND Royals were gearing up for another big year behind now senior-leader Shyann Roberto. A a small portion of the Royals roster is comprised of National Level players.

“Honestly, I’m devastated. It’s really hard accepting that I will never experience my last year of high school soccer and senior night. I was really looking forward to playing my last season with my girls at ND. We’ve made unforgettable memories winning three championships together and I wish we got to see how this season would have worked out,” said Roberto via instant messaging.

“It’s a real tough time for them, especially those who were waiting all year for just this one sport,” said a significant other of a Royal soccer member.

St. John’s Knight and Track & Field star Madison Packbier had already signed a letter of intent to attend Claremont McKenna College and compete for their track team. The 2020 season was supposed to be a celebratory season for Packbier as she had been training all year to come after the record books.

“I’ve been training non-stop since the end of the cross-country season. I’m really bummed that I won’t be able to go after those records. It’s heartbreaking… The seniors didn’t get the closure we needed,” said Packbeir via messaging.

“I was so excited for bowling because it was attracting new student-athletes to participate. When i found out about 4th quarter sports being cancelled, i was so heartbroken. Not just the sport of bowling but all 4th quarter sports in general were doing really good,” said Taimanglo.

The FD Friars won the volleyball title in 2019 and the team was hoping to get a good look at some of their young talents. The players won’t get the chance to play, but 2020 was also supposed to be the debut of some new coaches, including Logan Pangelinan, a four-year setter and two-time champion from that powerful 2019 team. Pangelinan remains hopeful that there can be some sort of salvation when the state of the island starts to improve.

“I hope this ends before the summer, so there can at least be a tournament or something for the sports so they can at least get something out of the season. it was also gonna be my first year coaching too so I’m bummed about that too,” said Logan.

The IIAAG also had prominant competitors in paddling with the Academy Cougars taking 2nd place last season and the ND Royals placing in the top three on both sides of junior varsity, as well as the Guam High Panthers. The FD Friars were champs of paddling in 2018 after taking a dip in standing for 2019.