CALVO SELECTED TO 2019 ACADEMIC ALL IVY

Matias Calvo was selected as one of Dartmouth’s 2019 Academic All-Ivy Team. 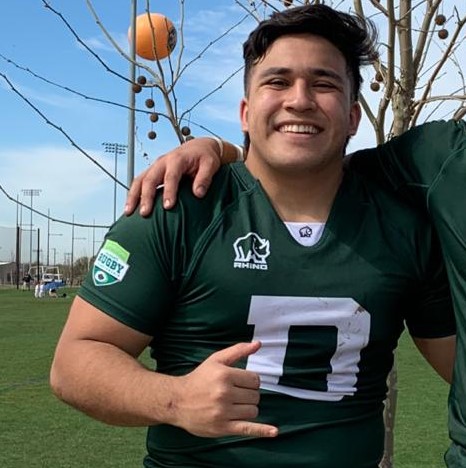 In just his first year at Dartmouth, former FD Friar Matias Calvo was announced to the 2019 Academic All-Ivy Team by the Ivy Rugby Conference. Requirements of the All-Ivy Team states that student-athletes must have appeared on the roster for A-side matches and must have maintained an overall GPA of 3.5 or higher on a 4.0 scale.

Calvo undertook Cultural Anthropology, Calculus and freshman writing in the Spring, finishing off his second semester taking French, Economics and a writing seminar.

“I was grateful and relieved to have finished my first year at Dartmouth. I look forward to returning to campus and representing the island along with other student athletes from Guam in colleges across the U.S.,” said Calvo, who is still yet to declare a major.

Dartmouth won the men’s Ivy league title in 2019. Matias played in all 10 games this season and started in seven of them.

Calvo’s biggest takeaways from his first season of rugby was the balancing act of performing at a high level in class and on the pitch.

“One thing I had to work on was the importance of balancing athletics and academics. Making my own schedule and managing my time effectively was extremely important.”

Matias was the first of his brothers to venture off from a collegiate wrestling career after older brothers Nainoah (Stanford) and Lenny (ND) decided to focus on wrestling, with Lenny eventually getting into boxing.