Training for his upcoming fight has been a different experience, but Camacho has channeled his inner Rocky Balboa for his next scheduled UFC fight. 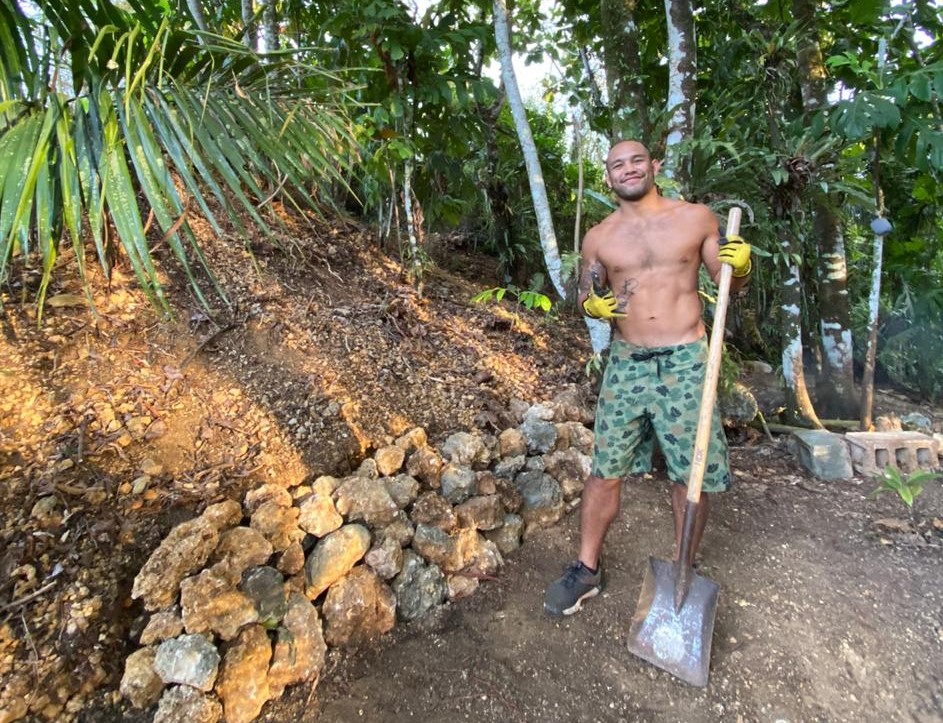 Frank ‘The Crank’ Camacho was as excited as ever to announce his next UFC bout against Alan Patrick Silva Alves on April 25th in Ultimate Fight Night 173, but the global crisis of COVID-19 threw more than just a wrench in Camacho’s normal fight preparation.

Camacho had left the island to train for his upcoming bout in California before the first case of COVID-19 had surfaced on Guam. He immediately booked a flight back home once hearing of the news of the outbreak to ensure he didn’t get stuck on the no-fly list.

Frank has elected to train at home, which has brought out plenty of challenges due to the island practicing social distancing. Camacho hasn’t been able to train as usual, but he’s a big Rocky Balboa fan, so he’s found inspiration from some of his favorite films.

“I’m glad I made it back safely and in time. With the lock down and quarantine I’m training like Rocky did in Rocky IV against Drago,” said Camacho via text.

For those not cultured in Rocky movies, Camacho has had to find unconventional methods of training other than his usual routine. For instance, Rocky was cutting down trees in the forest, doing curls with a sack of rocks and carrying around a tree trunk as opposed to being in the gym.

Camacho’s training hasn’t been much different. ‘The Crank’ has been hurling medicine balls over his shoulder in the open yard, doing jump ropes and bag striking to Mariah Carey and digging holes while planting new trees around the house.

“It’s been a blessing in disguise working on more of the internal training vs the external,” added Camacho.

Check out some of Crank’s unconventional workouts below!

The global pandemic of COVID-19 has led to the postponement of a lot of local events, National sporting events and even the 2020 Olympics, which could put Camacho’s April 25th fight in jeopardy. It was reported on mmafighting.com that the April 25th bout in Lincoln, Nebraska is still a go. The UFC did host an event prior to the Government shutdown in a closed arena, which would likely be the case for the upcoming UFN.

“We have no word with what’s going on with the fights. We know that we are backed up with four UFC bouts prior to my event postponed. Safety of the fighters staff and crowd is always a priority. I hope everything settles down, people are safe, and we get to put on a show for the fans. Even if it has to be in a closed arena,” stated Camacho.