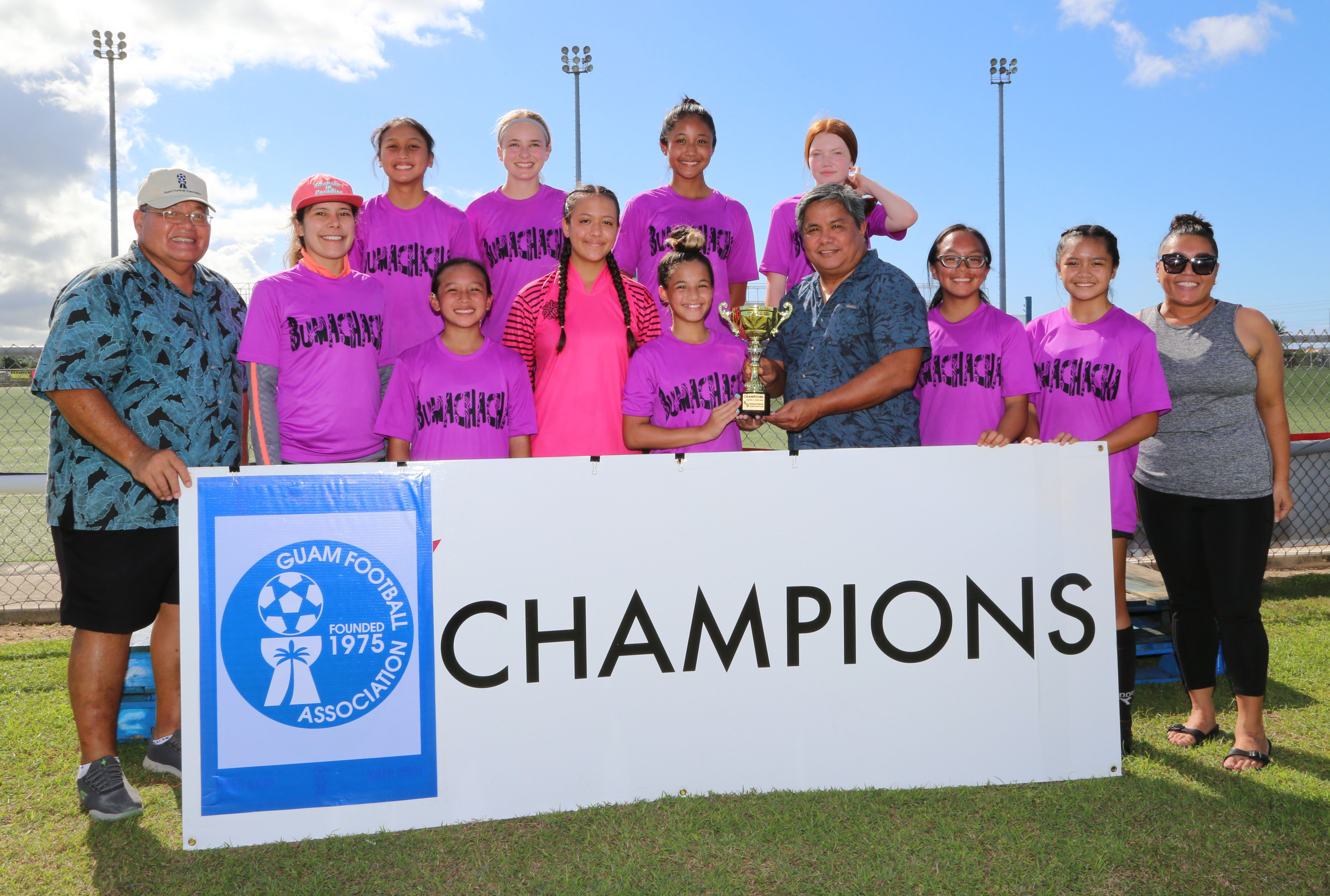 Bumachacha, consisting mainly of players from Guam’s national program born in 2005 or 2006, dominated the tournament, rounding out an 11-0 victory against Sutera in the division’s championship match.

Dudus took home the championship trophy in the tournament’s younger age division – Group B for players born in 2007 or 2008 – with a 14-2 win over Raiders Blue in the Group B championship match.

In cross-divisional play, Dudus was the lone team to keep Bumachacha under eight goals scored and also slipped past upper division finalists Sutera 5-4.

The all-girls tournament was organized by the GFA Grassroots Department with support from Japan Football Association. Each match was 30 minutes in duration with each team playing each other once in a round-robin format, including cross-divisional matches. Top two teams from each age division advanced to play their respective age group’s championship matches.

Other teams in the tournament were Raiders White and Rovers.