The Cougars held off a Gecko comeback in the final innings to stay unbeaten in the ISA Softball League. 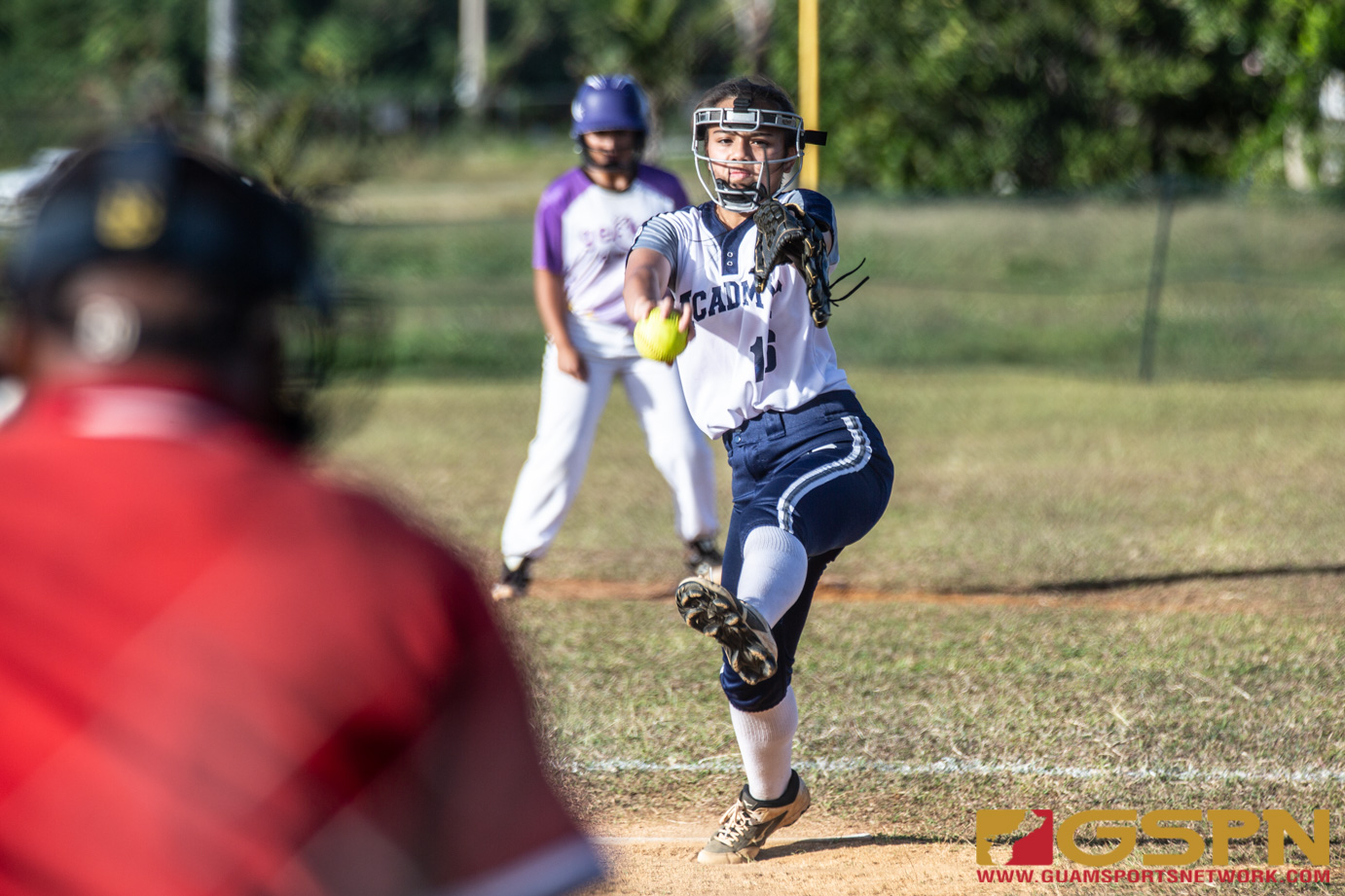 The Academy Cougars were up 9-1 against the GW Geckos in 6th inning in a battle of the ISA Softball League’s top teams, but the Geckos proved that no lead is too safe. The home team GW rallied in the final two innings to get as close as 9-8 with the game tying run at third in the bottom of the 7th, but the Cougars would prevail to remain unbeaten Tuesday afternoon.

Things got hectic quickly for Cougars starting pitcher Isabella Dangan with the Geckos shrugging off their slow start in the 6th. A bunt turned single from Savannah Grant got the team fired up and pass ball errors would provide runs to put the Geckos within reach trailing just 9-5 heading into the 7th.

A double-play from Gecko Sophia Cruz at first base would highlight the top of the 7th and relief pitcher Marcelina Pangelinan would earn her fifth strikeout to keep the Cougars from putting any more runs on the board.

Another bunt from Grant would keep the sticks hot for GW, and catcher Rocki Mesa set the field off with a three-run in the park home run to get within 9-8.

GW’s Cruz would then smack a triple, sitting at third with the game tying run. With two outs away, the young Cougar sophomore Dangan felt every ounce of pressure to try and preserve the game.

“I felt a lot of pressure on that mound, but my team really backed me up and I knew they had my back. They told me that I had to have heart. Coach pulled me aside and said to show heart because I’m not the only one working hard out there,” said Dangan on how she dealt with the pressure.

Instead of pulling Dangan, the Cougar coaches showed confidence allowing her to finish the game, which meant a lot to her.

“I felt really good to know that they believed that I could take it. We’re always taught that pressure is a privilege,” added Dangan.

GW’s Pangelinan would get a hit on Dangan’s pitch, but a pop fly to third had Olivia Salas sitting under it for the final out.

The Cougars were hitting strong through the first four innings to grab a 7-0 lead through three, but they knew not to sleep on the Geckos hitters.

“We know that GW is a really good team and they have a lot of sticks, but we used the ‘who wants it more’ mentality to get off to a good start,” said Muna.

Dangan gets the win and Geckos starting pitcher Rhonamae Salvador takes the loss.

The win improves the Cougars to (6-0) and the Geckos fall to (5-2). This sets up a big showdown against the also undefeated Southern Dolphins (6-0) in the regular season finale Thursday at Southern for the leagues top spot.

“We’re not taking any team lightly and we’re just ready to work. It’s going to come down to who shows heart,” added Muna.