The first ever ISA Boys Basketball Title will be played between the JFK Islanders and Okkodo Bulldogs, who picked up wins in the semifinals Thursday evening. 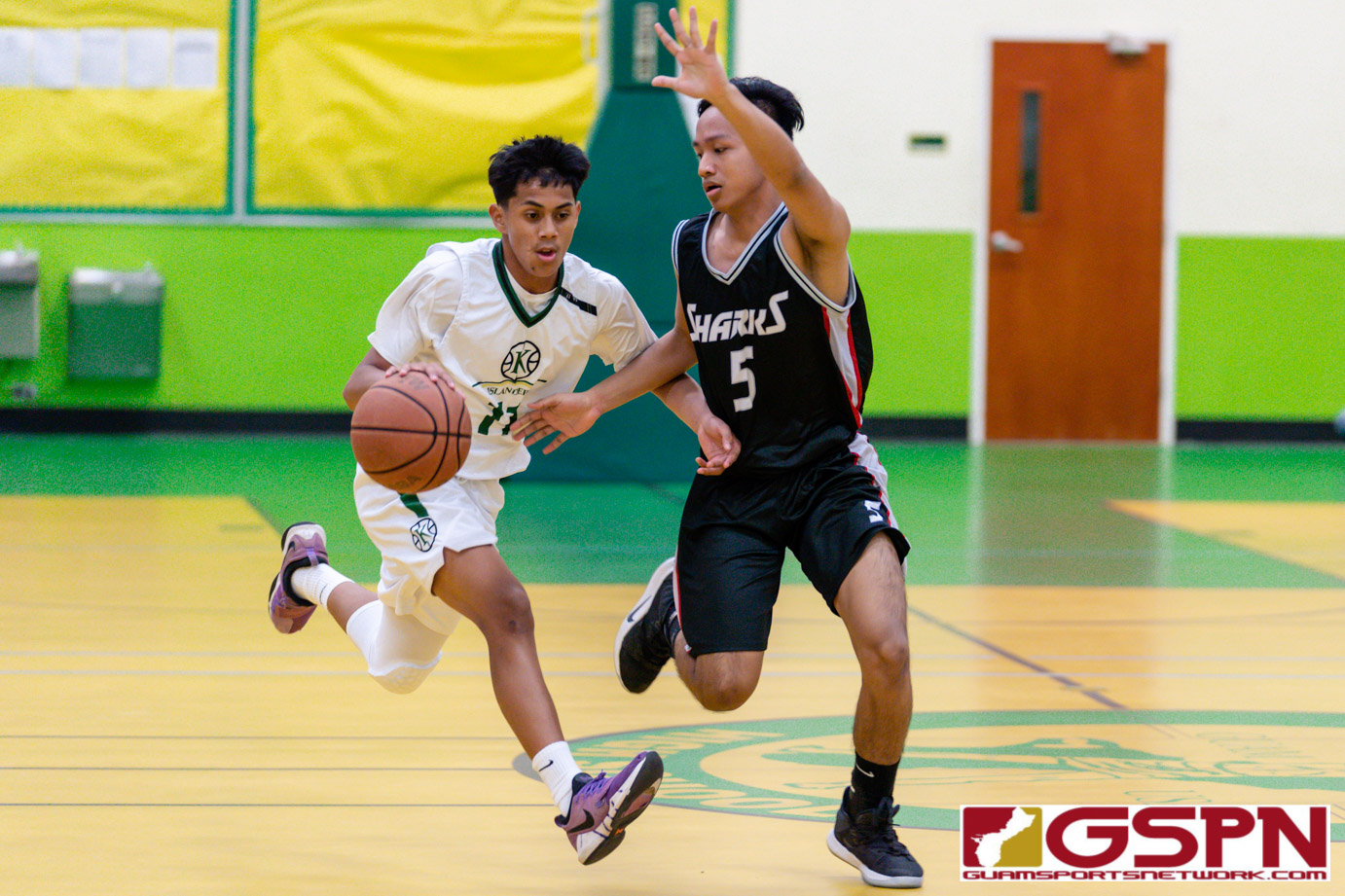 The JFK Islanders celebrated more than just senior night Thursday evening against the Sanchez Sharks in the ISA Boys Basketball Semifinals as the home team Islanders secured a spot in the title game with their 69-51 win.

The Okkodo Bulldogs also grabbed a big win against the GW Geckos 96-56, setting up a showdown with JFK for the league title this Saturday.

Leading the way for the Islanders on Thursday was guard Rodson Simina, who scored 19 points while getting a good push from forward Ralf Manalac, who added 14.

Simina is one of those rare athletes who only decided to play basketball for the Islanders his senior season. None the less, Rodson has been wow-ing spectators since the preseason and he’s become JFK’s most consistent scorer. It didn’t take Simina long to find his groove against the Sharks where he scored six of his 10 first-half points in the opening two minutes of the game.

“Everyday I always tell my guys that we need to start fast so we can let the other boys play in the end. The chemistry that we have and motivation from the crowd was also how we got a big lead,” said Simina on the teams fast start.

And as for his senior show-out season, he thanks his teammates for roping him into the program after he’d been crossing over the opportunity, much like he crosses over opposing defenders.

“If it wasn’t for my boys then I wouldn’t be here. I wasn’t too interested in high school basketball, but they pushed me to go for it and here I am right now,” said Rodson.

JFK held an 18-11 lead after the opening period and managed to stretch their lead to 36-19 at the half with spurts from Simina and Marky Camacho. JFK took complete control in the 3rd with Manalac netting seven of his 14 in the period to keep JFK well ahead.

Sharks prominent scorer Isaiah Malig started to heat up in the 4th period hitting his first pair of threes after struggling to find a rhythm early on. Malig’s second three got the Sharks within 67-49, but neither team’s second unit could get going with only one more field goal being scored between both teams in the final three minutes.

Sanchez was led in scoring by Anrei Montoya’s 14 points with Malig right behind with 13.

“Since it’s our last year, we wanted to make it to this Championship game ever since the season started. It’s been our main goal and we talk about it every practice,” said Manalac on getting to the ISA title game.