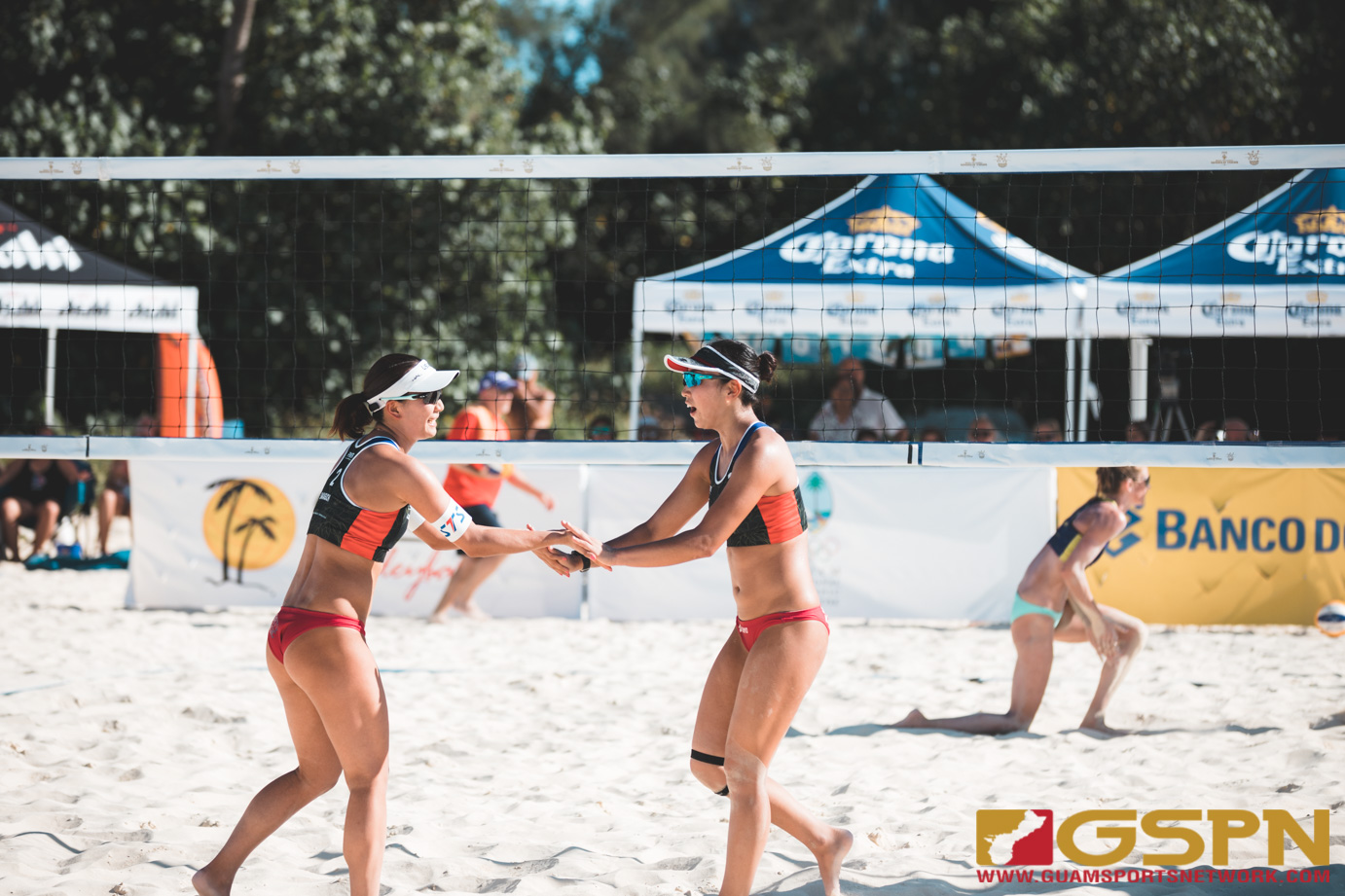 All action took place at Jimmy Dee’s beach and the eventual Champions had to overcome a tough game earlier in the day, winning a three-set match in the semifinals over fellow Japan competitors Ayumi Shiratori and Suzuka Hashimoto 19-21, 21-19, 15-10.

Schermerhorn and Hildreth also had to go through fellow countrymen Delayne Maple and Megan Kraft in straight sets.

Guam’s seven competing teams went without a win during the Main Draw Friday which knocked them out of contention for Saturday’s games.