The inaugural season of IIAAG Girls Beach Volleyball came to a close with the St. John’s Knights winning the league title. 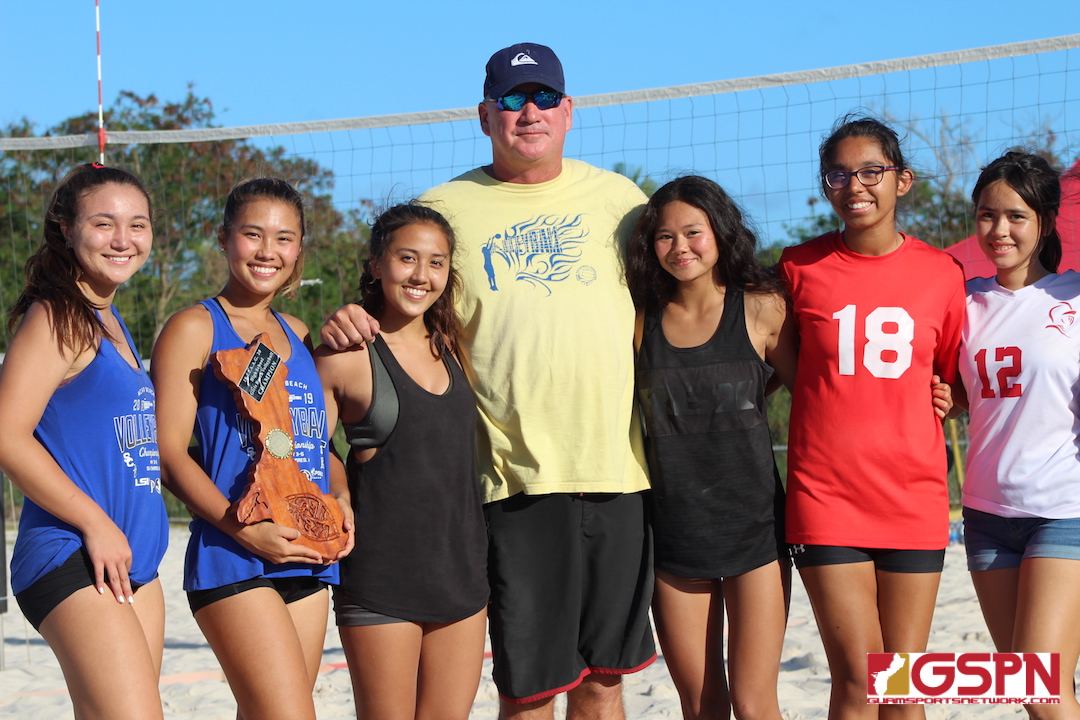 The St. John’s Knights were celebrating two awards Saturday afternoon as the inaugural season of IIAAG Girls Beach Volleyball came to a close at the GFA Sand courts. Saturday featured a pairs tournament, which was won by the Knights ‘Cookes & Creme’ tandem of Hallie Wigsten and Tylee Shepherd. St. John’s had won the tie-breaker over the Harvest Eagles with sets won to take the 2020 team title.

Hallie Wigsten and Tylee Shepherd have not lost a high school beach volleyball set in two seasons. The tandem went unbeaten in last years exhibition season to set the tone for 2020, where they replicated their success for another perfect run.

The girls have expressed on more than one occasion how much chemistry they have with each other, which is prevalent given their unbeaten record. Saturday, the pair picked apart Academy’s Kristen Serrano and Chloe Guerrero 21-12, 21-13 with hard to handle serves.