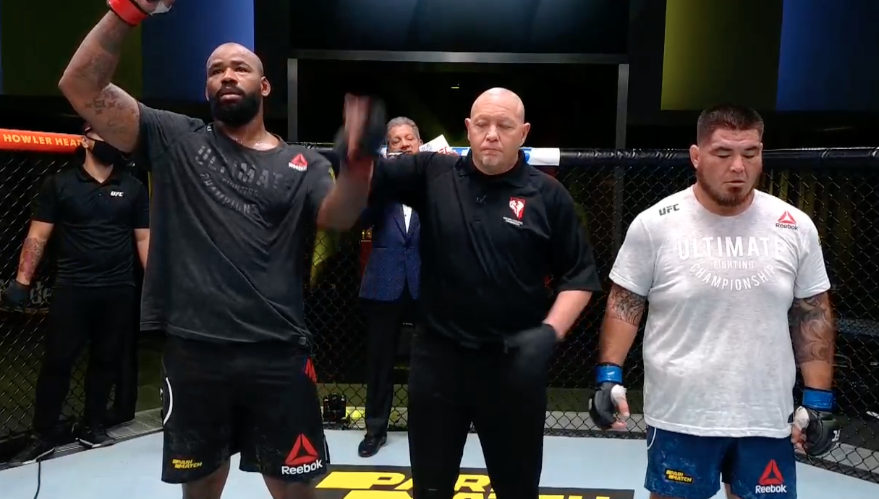 In just his second fight in the UFC Guam’s Roque Martinez battled three tough rounds against Don’Tale Mayes falling via Unanimous Decision in UFC Vegas 14. Both fighters were looking for their first win in the UFC with Mayes getting the nod on a (30-27, 30-27, 29-28) judges card.

A Round 1 takedown and a nearly 10-inch reach advantage had Mayes winning the opener. Martinez started to find his range in Round 2 and proved his tough chin after both fighters began to trade shots. Knees in the clinch and more strikes landed had Mayes getting a two-round lead over Martinez.

The final round proved to be Martinez’s best as he nearly scored a takedown of his own, and appeared to be close to a guillotine choke having Mayes against the cage. The striking difference favored Mayes, though Martinez impressed the commentators on how he was able to absorb all the damage Mayes was seemingly dishing out.