Miyuu Yamamoto and Kyle Aguon will be closing out 2020 in the RIZIN ring with hopes to end the year on a victorious note. 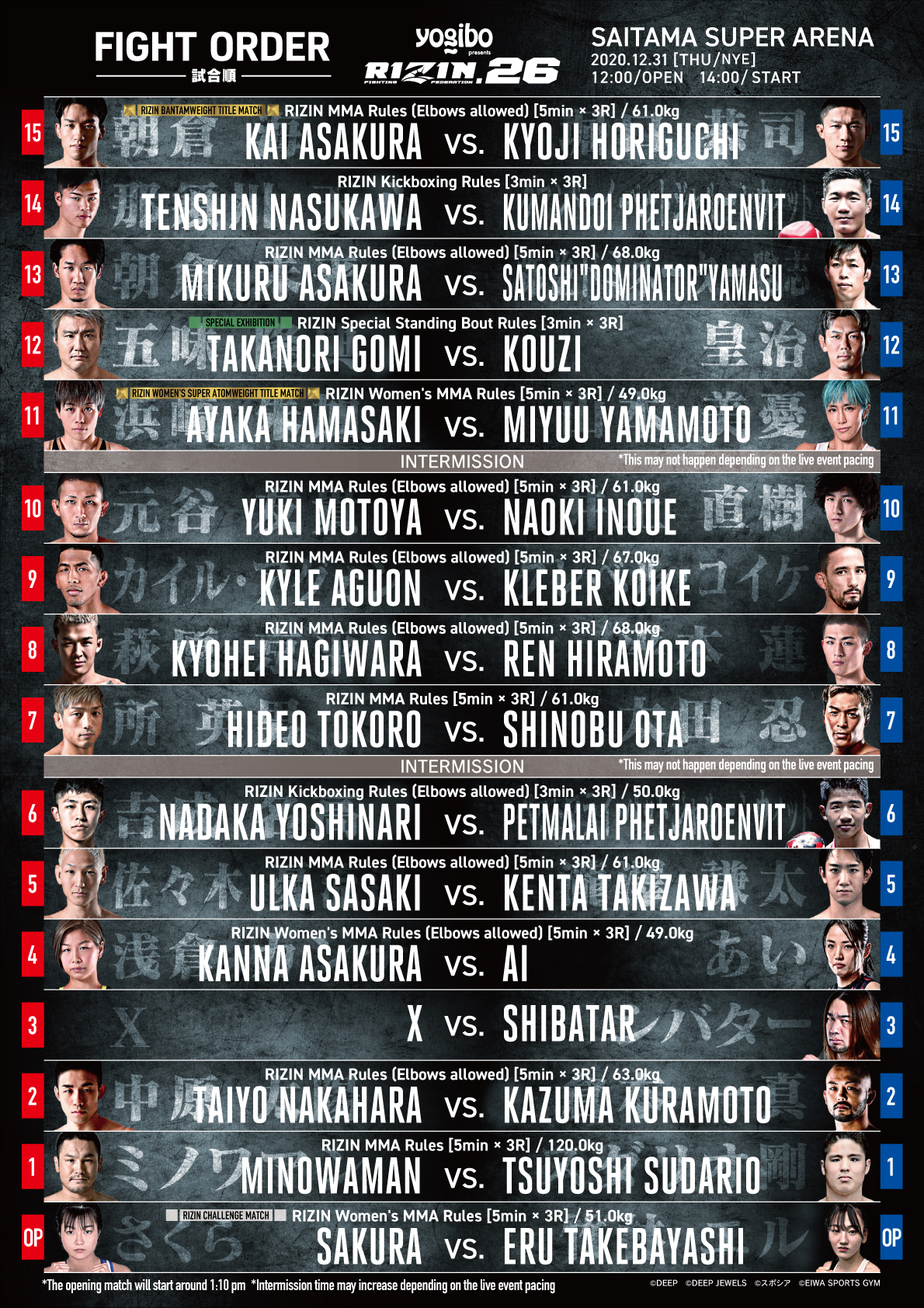 On the final day of 2020, Guam’s Kyle Aguon and Miyuu Yamamoto will spend their evening in the RIZIN ring, closing out the year in RIZIN 26 at the Saitama Super Arena in Japan.

Yamamoto (6-4) will be facing fellow veteran Ayaka Hamasaki (20-3), who has won six of her last seven fights. Yamamoto will enter the RIZIN ring for the first time this year with her last fight coincidentally being December 31st of 2019.

“[Hamasaki] is one of Japan’s MMA fight pioneers! She is an all-rounder, but especially a good grappling,” said Yamamoto on surveying her opponent Hamasaki.

In this year of uncertainty, Miyuu and Aguon will get the chance to end the year on a positive note with a professional fight to welcome a new year.

Aguon (13-9) was signed to RIZIN this year, bet fell in his debut against Vugar Karamov in February this year. Aguon will be fighting Japan countryman Kleber Koike Erbst (25-5) who hasn’t fought since September of 2019, but is 7-1 in his last eight fights, submitting six of those seven opponents.

Aguon is aiming to get back in the win column after suffering losses in his last two bouts.

Protocol during the pandemic had forced sports and social gatherings to the bare minimum, but both Aguon and Miyuu stayed committed to the grind while putting in training against just each other at times.

“Kyle and I were training everyday using a very small number, sometimes only us. But we practiced very technically; it was more technical stuff that we did. Tried to be next level,” added Yamamoto.

The pair have touchdown in Japan and are ready for weigh ins!