An editorial on creating the Top 10 Multi-Sport Athletes of the past decade. 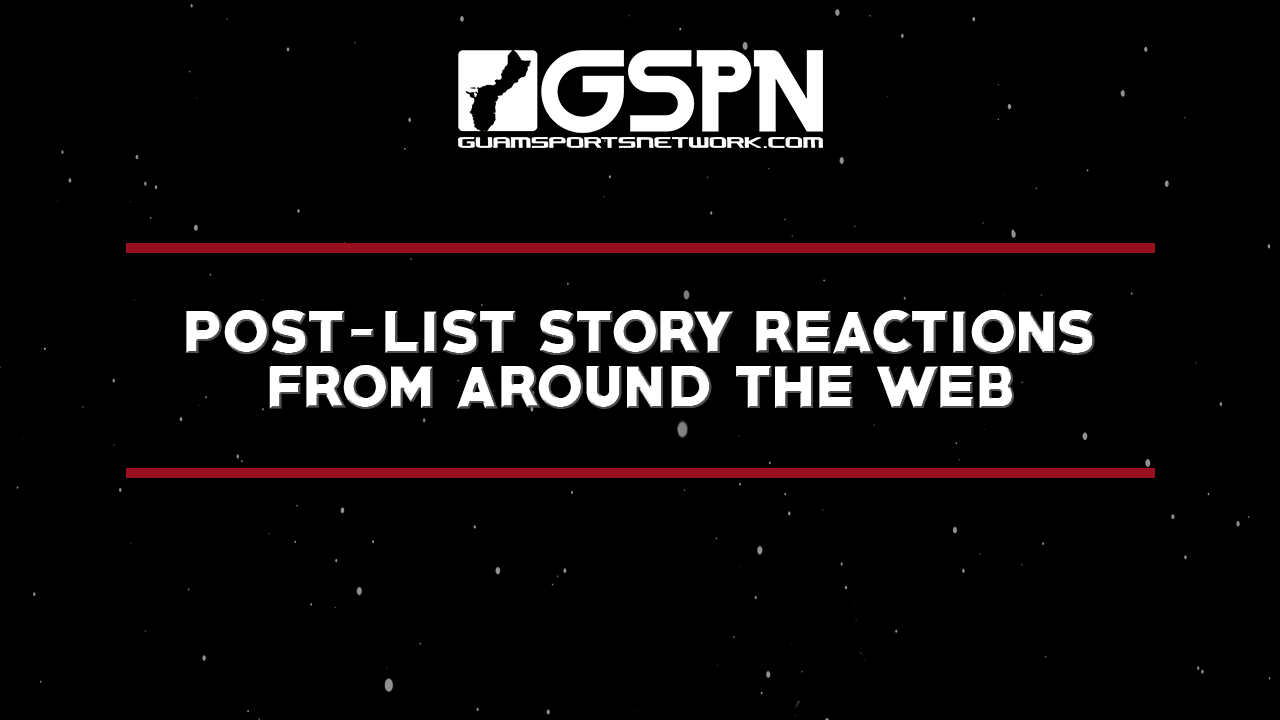 The completion of the list we created last week of the Top 10 male and female Multi-Sport Athletes of the decade was met with a wealth of celebration, but like any list, was also met with a lot of criticism.

Aside from Instagram drama stirred up a users inappropriate comments, many fans were inside the DM’s making cases for athletes we had overlooked. Twitter didn’t hold back on their thoughts and plenty had valid criticism on how certain athletes were overlooked in the process of making these selections.

How athletes were selected

GSPN was created in November of 2011 and had gone through three different website changes, each of which having erased articles, photos and stories due to changing of hosts. Everything in our archives beyond 2015 is sadly unreachable and a website bug bombed most of 2016, so we fully understood the risk of making the list without complete access to the athletes accolades.

As stated in the reveal of our #1 ranked female athlete, a conversation about Destiny Castro with a former coach of hers really inspired the whole creation of this list. We were in need of content for the website given the COVID-19 pandemic shutting down all sporting activities, so we tried to put it together as quick as we could. We then got together as a team and decided to try and come up with an All-Decade list with information we could gather, based on accolades and the eye-test, on who we felt were athletes that stood above the rest. We had built the list top down, meaning we had settled on who we thought was the most dominant and then had plugged in everyone else.

We dug deep in our broken archives and spoke to people we thought who knew what they were talking about, but information about a lot of these athletes were hard to come by. And we could hardly find enough pictures to use of these athletes without ripping it off other media sites.

My biggest fear by creating this list was missing out on some really big names, and unfortunately we did just that.

Friends, former teammates and even coaches rallied to the defense of 2011 Okkodo Bulldog star athlete Dezdin Fikes about being thrown into honorable mention. We learned after the creation of the list of Dez’s accomplishments and missing out on honoring his accolades was a tough one, given he was a true four-quarter athlete.

Fikes was excited to possibly see his name amongst the Top 10, but an updated Honorable Mention list had shutdown the chance after Fikes had seen his name was added there instead.

“When I first heard about the countdown from my girlfriend, I was excited. She knew about a few of my accomplishments in high school and was certain I’d make the list. I tried to not let it get to me because of all the amazing talent within those 10 years of multi-sport athletes that could also possibly make the list. When we noticed that my name was not in the honorable mention in the beginning, that made me feel anxious of a possibility that I could make it. Then a few days passed and we saw my name in the Honorable Mention which then stirred up a social media frenzy, which I did not foresee. To be honest. I didn’t take it personal, but just questioned on how the list was judged and if all resources where available to make a fair decision,” said Fikes via What’s App.

Twitter reacted to Fikes on the HM list and let us have it. Even if you disagree with the list, there was no denying that a wealth of passionate sports fans felt robbed that their guy wasn’t getting his due. And even after all this time, Fikes can appreciate the amount of supporters he still has, which says a lot about the type of guy he is given the amount of people that rallied behind him.

“It really means a lot to me that even after all this time, they still remember my achievements back in high school. I have to admit, back then I had to work really hard to get where I was. I appreciate every teammate, every coach, and everyone else supporting to have done what I done,” continued Dez.

Another big name left out the list entirely was 2012 St. John’s high-flyer Reed Meyer. Given the accomplishments alone, Meyer was easily the most overlooked athlete and we’re still not sure how we missed him.

“It seems y’all just forgot to be honest, especially how I’m not even on the honorable mention… But it’s all good man. The list doesn’t really mean anything anyway. Don’t feel like I’m offended or anything,” said Meyer.

We did indeed forget, and man was that a big miss. But Reed exhibited the same attitude a lot of those who were left out of, or not given enough credit to did, which was a shoulder shrug and a light roast on the validity of the list.

And the fuss about the list didn’t come from a single of the non-mentioned athletes, which was the biggest takeaway from it all, knowing that fans of these stars were quick to rally in support.

Many were claiming the list has recency bias, but we even left out some very note worthy athletes of recent years based on accolades alone. Like, how in the world did we forget to add FD Friar Noah Diaz to the list, even just honorable mention? Diaz has collected seven championships at FD, a rugby MVP, and numerous football All-Island 1st Teams. (If you’re reading this now we’ve updated it so he’s at least on honorable mention)

However, athletes like Noah Quichocho of the 2020 GW Geckos would be hard to keep off the list regardless if he just graduated. Quichocho was also one of the most requested athletes via social media once the countdown had started.

“It’s a very humbling experience to know how many people supported me through my sports career. Although many talented multi-sport athletes didn’t get a chance to be recognized for their contributions to the sport, it’s without a doubt that the athletes featured on the this list belong there,” said Quichocho.

How to rank the next decade’s athletes

The list of accolades played a big part in the way the 2010-2020’s athletes were ranked but a portion was also off of memory and what we witnessed these athletes do on the field/court. For the next decade (2021-2030), we might have to dive into a point system. The only issue with that is the list will become accolade reliant, and if you know anything about how the yearly All-Island players are selected then you know there’s controversy every year for every sport, every single time. Some coaches won’t even show up to an All-Island selection meeting, completely robbing an athlete of that opportunity to make and All-Decade list, which is something we want to avoid!

But we turned to some of the athletes on how they would’ve done this list differently.

“Taking polls on social media could help the conversation on players to consider,” added Reed.

“It’s tough and I don’t know if I could’ve done a list like this. A lot of great athletes out there,” admitted Fikes.

Well, we have a whole decade to try and get this next one right. Even though I know full well the future editorial of that list will share similar sentiments as this one.

Thanks for making the list a big conversational topic and we’re glad it ignited the passionate sports fan in you!

Editors Note: I’ve attempted to reach out to some ladies for comments to add to this piece, but they haven’t checked their DM’s, which is probably good practice. Sanchez Sharks Kristine Redolozo and Janell Banks also very much deserved to be mentioned honorably!