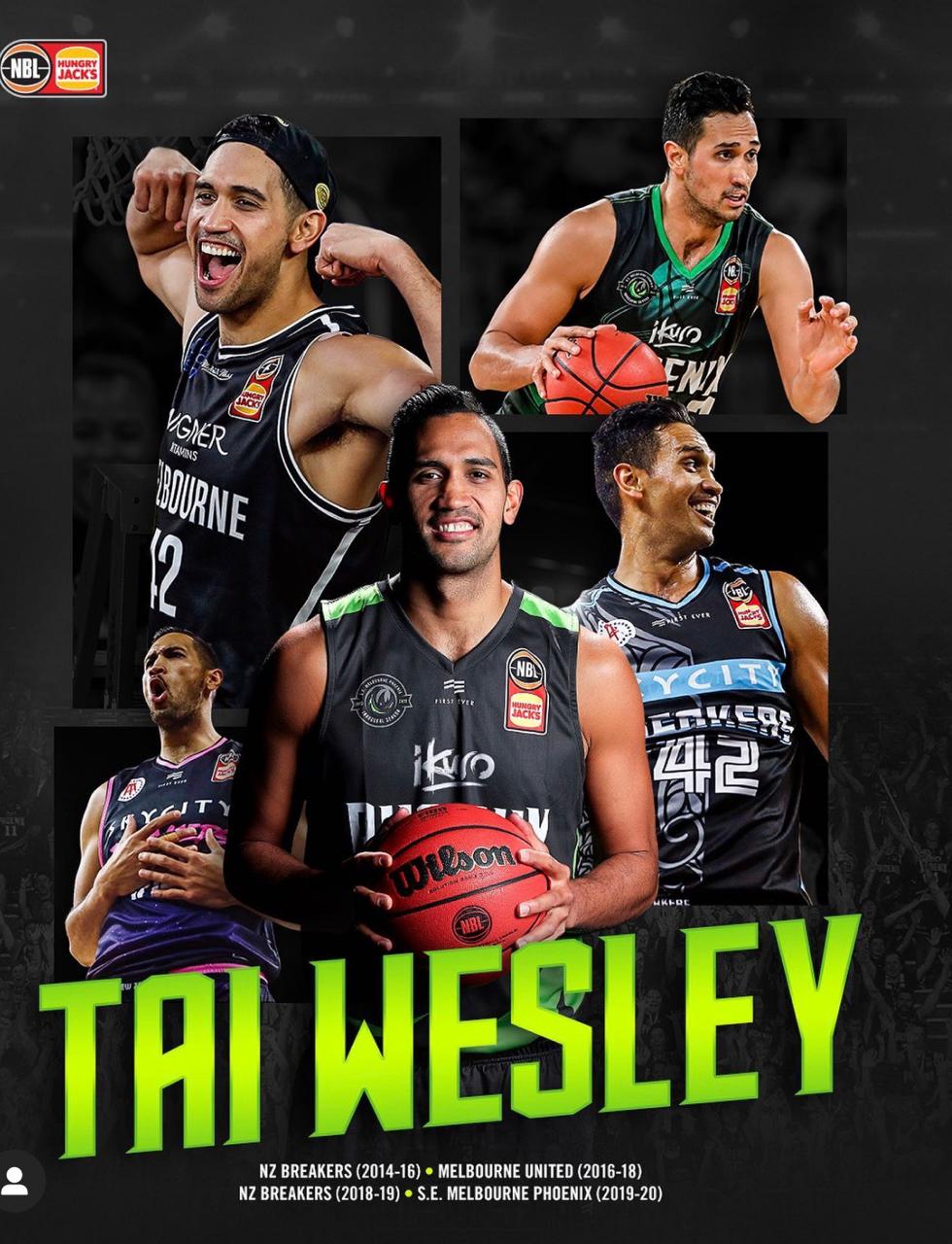 The two-time NBL champion was contracted to the Phoenix for the upcoming season but has made the difficult decision to call time on his career.

Wesley began his NBL journey in 2014 with the New Zealand Breakers. After two seasons with the Breakers and one championship (2015), he made the move across the ditch and joined Melbourne United. In his second season with United, he became an NBL champion for the second time, when they claimed the 2017-18 NBL Championship.

The following year he moved back to the Breakers for the 2018-19 season before joining the South East Melbourne Phoenix last season.

The 34-year-old was the starting power forward in the Phoenix’s inaugural year and an immense contributor in the Heartland community.

“The decision wasn’t one that I took lightly. Having this time in quarantine with your family makes you realise moving across the world is not an easy thing for them,” Wesley said.

“With this coronavirus, it just felt like the right decision to make for me to put my family first. I got to live my dream for nine years and play across the world, it’s time to put my kids and my wife first.

“It’s been a crazy ride. It’s bittersweet that it’s coming to an end.”

Wesley is currently living in Idaho with wife Chyna and their three young kids and can’t wait to start his life as a normal dad.

Phoenix coach Simon Mitchell says the veteran’s absence will be greatly felt by the South East Melbourne community, both on and off the floor.

“He’ll be sorely missed amongst the group, not just for his personality but for his game, his leadership, and the way he represents the club in the community as well, which was a huge reason why we brought him in,” Mitchell said.

“He’s just one of those guys you can build a culture around, both on the floor and in the community.”

Phoenix CEO Tommy Greer is proud of the way Wesley represented the club.

“Tai played a significant role in building our franchise from very early on and was such a tremendous member of the family we’ve built in the region,” Greer said.

“Bringing in a star with the reputation of someone like Tai was a massive step for us and we couldn’t have asked for a better leader and mentor to help implement a strong culture for our young club.

“We wish him all the best in the next phase of his life. He will forever be an inaugural Phoenix player.”

Guam’s Rich Chou has teamed up with legendary fighter and wrestler Daniel Cormier under the Wimp2Warrior program.
Chou, the former Bellator matchmaker and current W2W vice president, is a big part of building the grassroots training program with visions of going global.

Chance Ikei improved to 2-0 in his young MMA career with a 2nd round submission in RUF Nation (Phoenix).