The St. Paul Warriors walked out of JFK victorious, stunning the ISA’s newly crowned champs on their home floor. 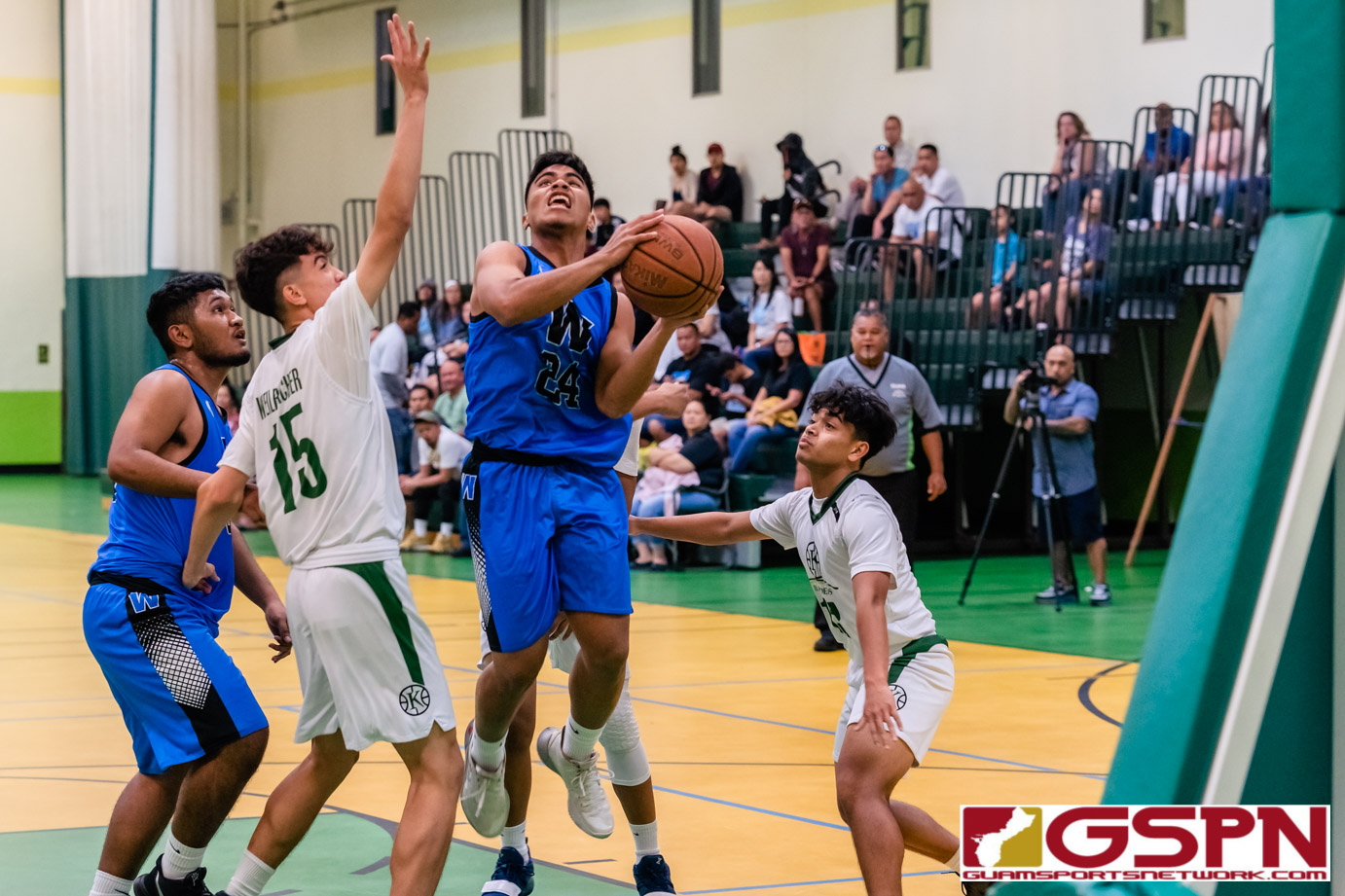 The St. Paul Warriors hadn’t challenged a team from the ISA since being bounced from the GSPN preseason basketball tournament by the JFK Islanders back in January. Monday provided St. Paul a shot at redemption as they traveled to JFK for the first round of the Guam Basketball High School National Championships.

The Warriors found themselves in the third seed of the IIAAG after not electing to participate in interleague play this season. Losses were given to the Warriors to account for the total amount of games played which put them in 3rd place behind the Harvest Eagles, despite finishing with the 2nd best record in the league.

Wednesday will feature the FD Friars vs. St. Paul Warriors for the fourth time this season while the Guam High Panthers and Harvest Eagles will compete for a spot in the Championship Game.

The Warriors had been trailing majority of the contest until an Orichiro bucket in the lane would give them a 37-35 lead early in the 4th. The Islanders were stuck in a championship hangover, but explosive guard Rodson Simina would nail a three to give JFK the lead right back 38-37 as they appeared to be headed towards a big run.

Both teams would trade buckets until another Orichiro bucket from the low block would get the Warriors up 44-42. A missed shot from Jeremiah Kintoki led to a corner three from Orichiro to extend the lead 47-42, forcing a JFK timeout with three minutes remaining.

“We took over on the defensive end. Coach always tells us we win on defense, not on offense, so no matter how many shots we miss we have to get back on defense,” said Orichiro.

Islander forward Ralf Manalac would make a trip to the free throw line down 49-44 with a chance to cut the lead to a single possession, but Manalac would miss both attempts with a little under two minutes left to play.

Orichiro would put the game out of reach after intercepting a poor pass, leading to a fast break score to put his team up 54-44 with 53 seconds left to play.

“It was definitely in that 4th quarter,” said Thelo on when the Warriors saw their opportunity to strike. Coach told us that if we wanted to win then we better get at it on defense.”

Thelo would lead all scorers with 17 points. Simina would lead the Islanders with a team-high 16 points.

The JFK Islanders were red hot in the opening period, hitting four three pointers for an early 16-9 lead. JFK would get a big lift from their home crowd, but the Warriors would get an even bigger lift from their big-man Joel Reyes.

Warriors starting center Illac Lalic was out due to illness which meant more minutes for reserve Reyes, and he was ready for his number to be called. Reyes converted on back-to-back scores to turn a double-digit JFK lead to 18-13 in the 2nd quarter while also quieting the loud Islander crowd.

Reyes would provide more energy plays in the 3rd, tying the game at 28-all after a clean-up bucket.

“I just felt like tonight was my night,” said Reyes on his big performance. “I had to pick up my teammates even if we were down. We told each other to pick our heads up. The more that we doubt ourselves then the further we’re going to get from that ‘W’.”

Joel would finish with 12 points and his team couldn’t help but celebrate him post game.

“This is everything that I worked so hard for, it’s my mindset. It’s not about minutes to me, it’s all about hard work and dedication,” said Reyes on his elevated role.