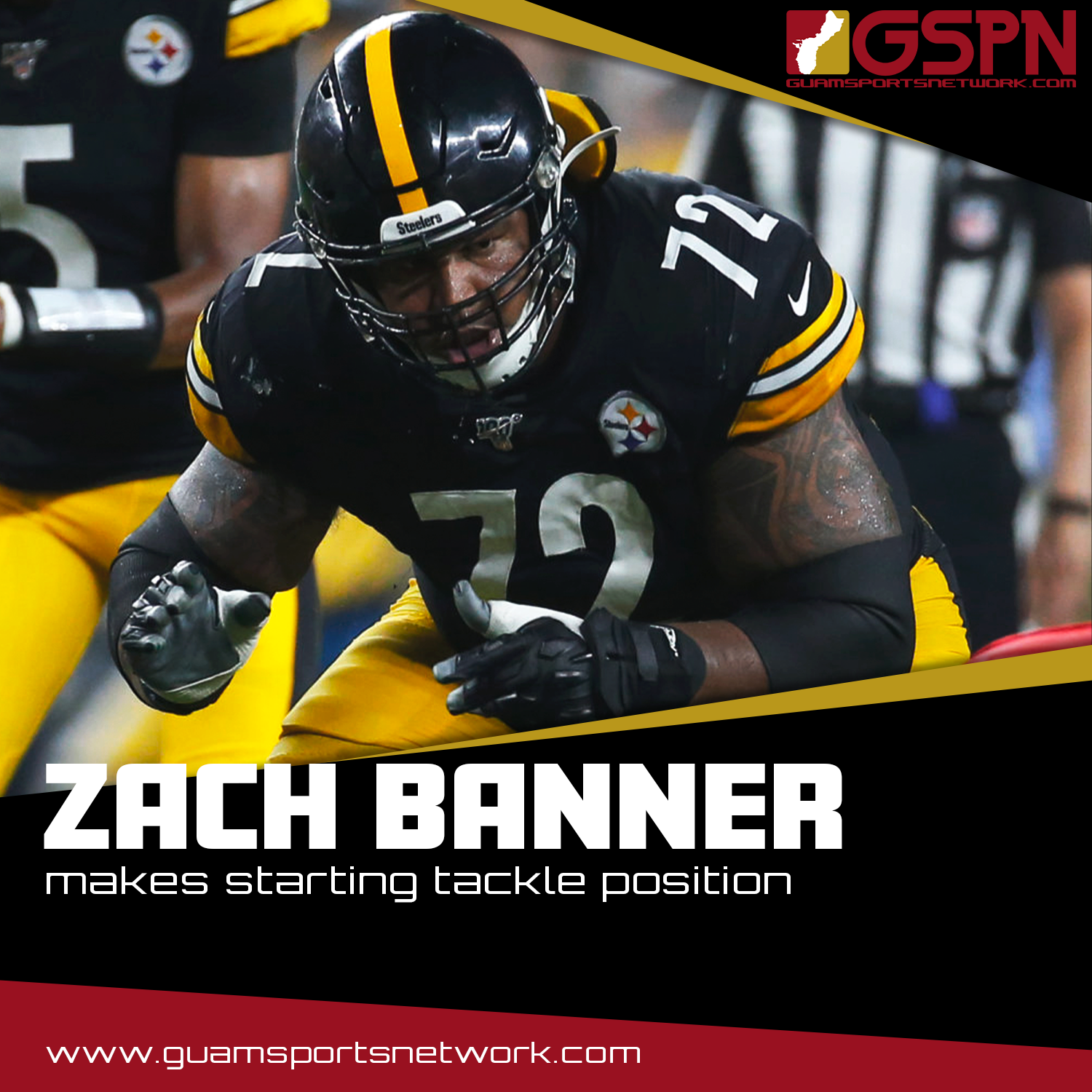 “Banner is the starter at right tackle,” Tomlin said, according to steelers.com.

After his visit to Guam in February, Banner hunkered down and focused on his goal of earning the starting position. Mission accomplished!

OUT OF SPORT: FOOTBALL
BANNER GOES DOWN WITH RIGHT KNEE INJURY