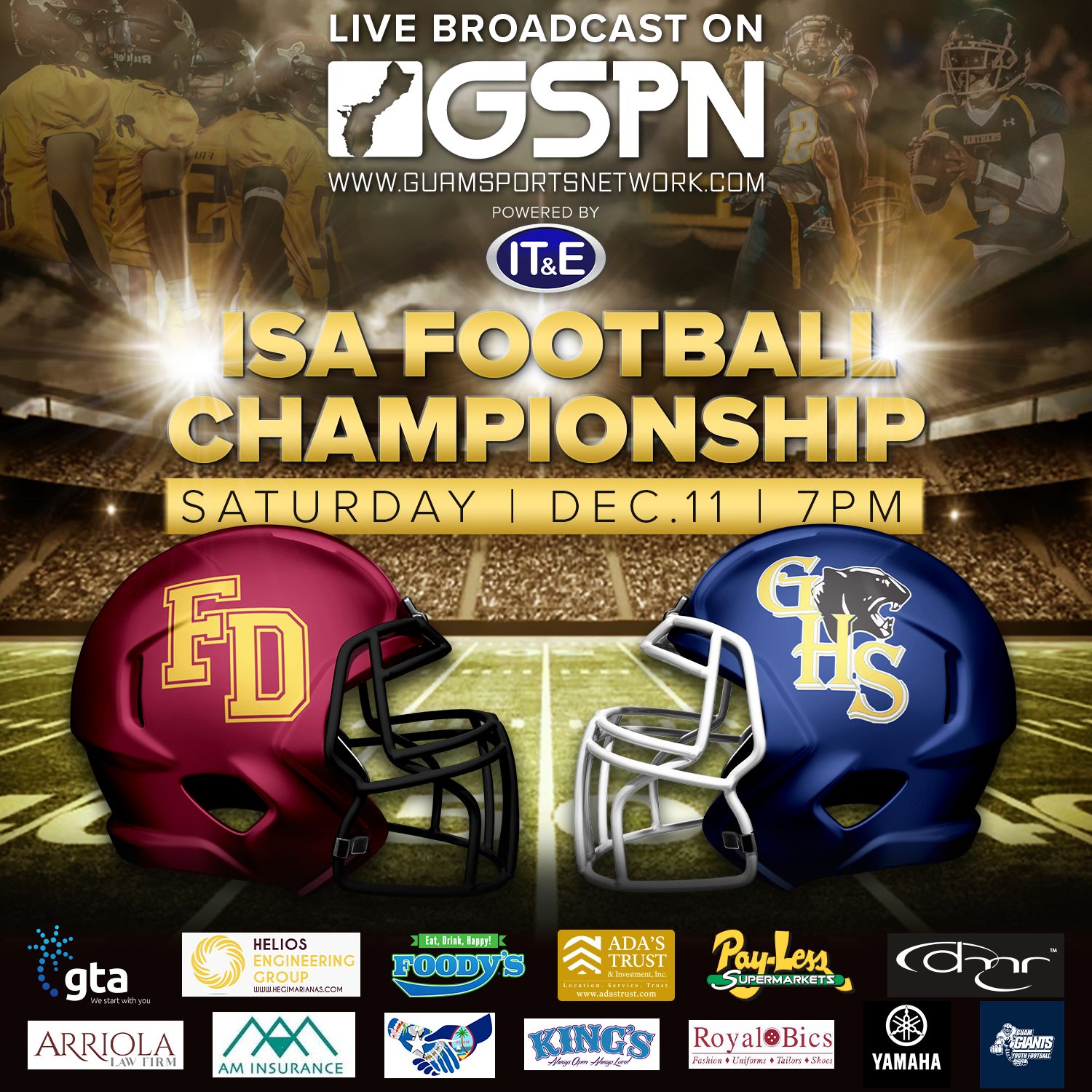 For the first time in six seasons, the FD Friars will have a new opponent in the ISA Football Championship game after the Guam High Panthers defeated the GW Geckos last week to punch their finals ticket. The Friars are hunting for their sixth straight title while the Panthers prepare for their first title since 2010, the first and only year the school has won a championship.

This game will be streaming LIVE here on GSPN Saturday night!

The Friars vs. Panthers regular season game was as good as advertised with Guam High holding a 7-2 lead over the Friars at the half. FD turned to Alex Sojo in the second half, who willed the Friar offense to a 17-7 victory with running back Caiyle Gogue leaving the game due to injury.

The Friars extended their win streak to an unprecedented 56 games in 2021 going unbeaten for the sixth straight season. Plenty of new faces made their name for the Friars this season, namely sophomore quarterback Alex Sojo and freshman nose guard Tristan Burgos on defense.

FD also had their hand in on an MVP for the 6th straight year with senior running back Caiyle Gogue winning co-MVP and junior linebacker Caleb Murphy taking the Defensive MVP.

Gogue was kept out of the second half in their first meeting due to injury, but the Friars are prepared to have Caiyle for the whole championship game along with the return of senior linebacker Roy Chargualaf, who missed last week’s semis against the Dolphins.

The Friar defense gave up two touchdowns to Southern in the regular season, but are also coming off their best performance all year after forcing eight takeaways just a week ago.

The biggest key to a Friar victory is going to be whether or not they can contain Panther quarterback Aaron Johnson, who’s proven to dominate a game with his arm or his legs.

The emergence sophomore Johnson, the Co-MVP of the league, was the talk of the league in 2021. Johnson wasn’t even on the quarterback depth chart heading into the year, but the low quantity of players on the Panther roster forced head coach Jacob Dowdell to give Johnson a go in his first season of high school football. The rest is history that’s still left unwritten.

Aside from the dynamic Johnson, the Panthers found a gem in fellow freshman Benjamin Harris, the All-Star receiver, defensive back and punt returner who never fails to leave his impact on a game. A strong running game from Deshawn Baird, who splits carries with another Panther making noise late in the season in Cameron Brantley, make Guam High more than just a formidable offense.

Guam High’s defense was led by big man Avery Gamboa, who caused terror on the line all season long. Gamboa is going to be key in the team’s ability to slow down FD’s strong run game. In fact, Gamboa was so destructive in their first matchup, FD coach Bruce Meno was forced to adaptive offensively, which led to Sojo’s second-half heroics.

The Panthers are also coming off a big semifinals win over the Geckos in a game which they trailed up until the final two minutes of the game. The come-from-behind win will do big for the confidence of the team if they so happen to fall behind against FD.

Expect fireworks Saturday night from the top two teams on island and join us on www.guamsportsnetwork.com for all the live action!