High school football has benefited greatly by having freshmen in the league. The 2021 season was bigger proof than any that eligible first year high schoolers should make that leap. 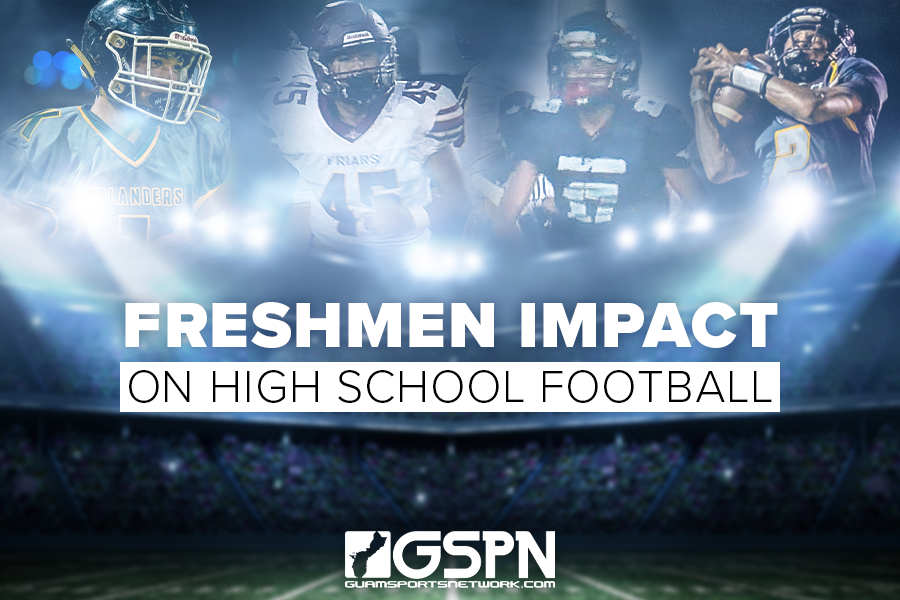 The 2021 ISA Football season has had one undeniable thing in common: There were impactful freshmen all over the field on just about every team.

A highly debated topic each football season is whether or not eligible 14 and 15 year old kids should play their final season of youth football or make the leap to the high school scene. Those kids weren’t given the chance to choose in 2021 with the youth league forgoing their second straight season, which made the high school league their only option.

With the 2021 ISA regular season officially in the books, here’s what we learned about underclassmen playing in the high school leagues.

FD Friars: Led by upperclassmen, but the freshman impact on their championship contending team is highly noticeable. Starting with nose guard Tristan Burgos, who’s led the team in tackles in more than one game this year. Fullback Jaron Meno and receiver Daethan Alcantara have supplied touchdowns and a cornerstone center in Mason Taijeron is starting at one of the toughest positions to play on the offensive line.

Guam High Panthers: Benjamin Harris is a multi-talented player who can be the team’s best receiver, best defensive back and most explosive punt returner all in the same game. Kicker Damian Harris hasn’t missed a PAT all season and tight end Jackson Ellis and receiver Warner White have shown great ability as starters. Starting center Jalen Mann is also a freshman.

Southern Dolphins: Ethan Guerrero started out as a cornerback for the team, but after coach Justin Cruz saw how reliable his hands were, he started taking snaps at receiver and flourished. Fullback Bobby Taispic and backup running back Donte Salas give Southern depth for the future while big defensive tackle Brevin Chaco and guard Izayus Rosalin are reliable starters after what’s been a historic season for the Dolphins.

GW Geckos: If this was a sophomore-driven story then the Geckos would most likely be the biggest benefactors on the list. Their biggest impact freshman comes right in the middle of the defense with Jesse Castro eating up running games at the tackle position.

Sanchez Sharks: The Sharks weren’t afraid to tap into key freshmen to play both sides of the ball. Noah Fejeran was the team’s starting guard, but also the starting linebacker and almost never took a snap off. Alika Ferrell could play guard, catch at tight end, but could also drop back in coverage as a safety. Javin Gatmay was the safety and also provided back-up duties for Adin Lumba at running back.

Tiyan Titans: The Titans are powered by underclassmen with Iziah Hernandez and Gofel Bmoon anchoring the offensive line. Roberto Duran and Aiden Palacios play both receiver and cornerback for the Titans and Geziah Biou is one of their best pass rushers at defensive end.

JFK Islanders: Quarterback Trey Blas made an immediate impact in just his first game. Blas exclusively provided all the touchdowns for JFK through the first four games of the season, showing great ability to run for yardage, if needed, but could also sling the ball down field. Jason Suda works the utility position for the Islanders in all three phases – offense, defense, special teams.

Okkodo Bulldogs: It was a down year for the Bulldogs finishing last in the standings, but they’ve got building blocks for the future behind the likes of receiver Izaiah Charfauros and Josiah Mendiola, who plays linebacker and on the offensive line. Defensive end Ezekiel Santos rounds out the Okkodo impactful first years.