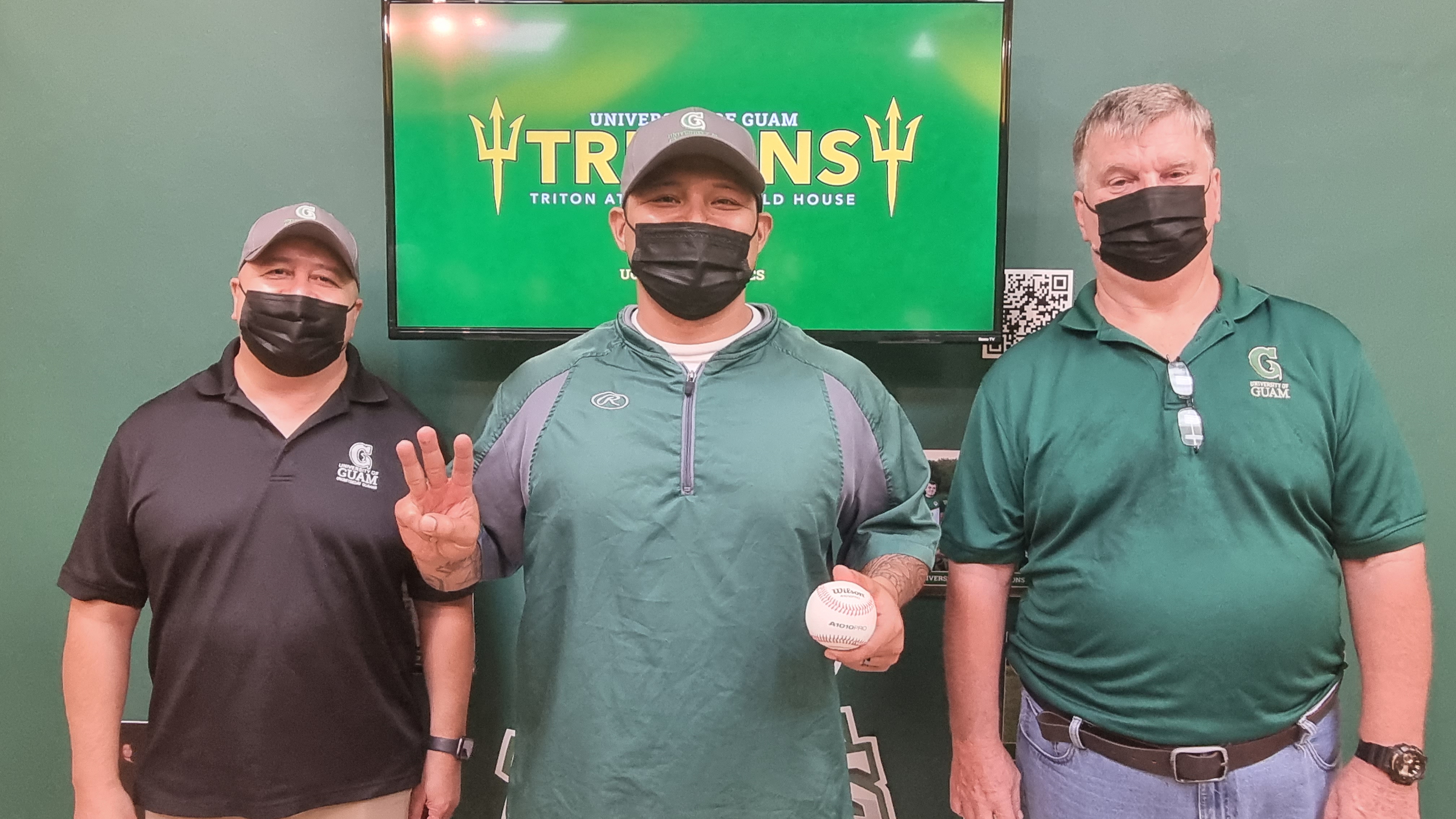 The UOG Triton Athletics Department had a special reveal Monday morning as they introduced the public to their newest Head Coach of Baseball, Roke Alcantara Jr.

“Baseball runs in my veins and is a big part of my life, a big part of my family tradition,” Alcantara said. “[…] I remember the days when I was younger in the international program playing against the UOG Tritons — just looking up to those guys, watching them play as a team as our only university on the island. […] We want to see the legacy resurrect itself through our work and our teamwork.”

Alcantara has more than 30 years of experience playing baseball as a pitcher, outfielder, and first baseman. He plays in the Guam Major League and has been on the Guam national baseball team, representing Guam in international competition, since 2002. He won gold medals in the 2003 South Pacific Games in Fiji and the 2002 Micronesian Games in Pohnpei and was the league MVP in 2001 for George Washington High School, which won the interscholastic baseball championship.

He also brings 10 years of coaching experience, including several local Little League teams, ages 4 to 12, which have competed in stateside competitions.

“Roke will get us connected to the high schools and to the youth programs on the island that will start feeding players into UOG baseball,” said Doug Palmer, the UOG athletics director. “UOG baseball has a long history, a very good history with championships. We are confident Roke will bring us back to those championships and make Hall of Famers again.”

Triton Athletics announced the relaunch of its baseball team in October 2019, but the program’s opening season was stifled by the pandemic the following spring. The university’s original baseball program ran from the 1970s to the 1990s.

“Athletics in any university is important for student life,” said Lawrence Camacho, dean of Enrollment Management and Student Success, the division at UOG that oversees Triton Athletics. “It builds a lot of the leadership and team [mindset] — not just for the student athletes, but for those who are fans from the outside.”

As Alcantara starts to build the Tritons roster, he asked for the community’s support and encouraged current and upcoming UOG students to come out for the team, saying there is a future in baseball beyond the university as well.

“We’re going to start here at the university right out of high school, but it’s not going to stop there. […] We also want to groom these young men to represent our island,” he said, referring to international competitions like the Pacific Games and the Oceania Baseball Championship.

Outside of baseball, Alcantara is a local small-business owner. He has owned Mighty Purple Café in Hagåtña since 2016. He is also a reservist with the U.S. Air Force.

The Triton Baseball team plans to make its debut this coming spring in the Guam Major League.