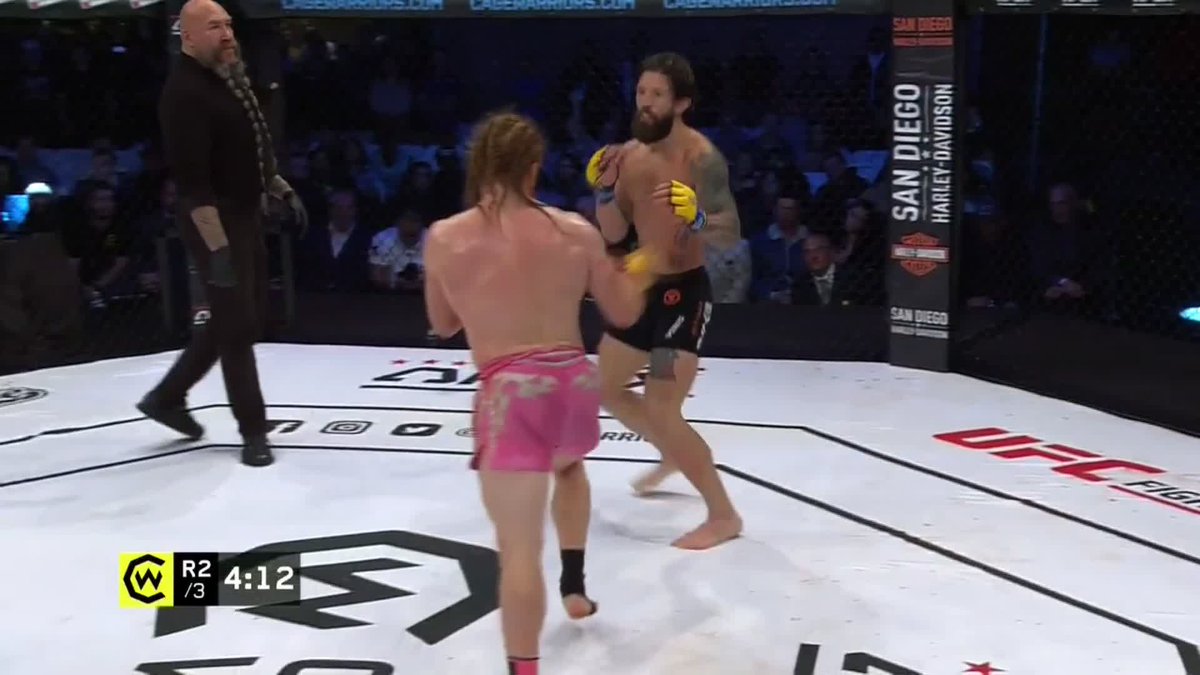 Ambrose out-struck his opponent in the opening round and appeared to have the advantage after landing over a handful of significant strikes. Ambrose got caught by a Carlyle left hand midway through the 2nd round that appeared to slow down Ambrose.

After landing another combination, Carlyle chased down Ambrose landing one final shot that dropped him with the official signaling the end of the fight.