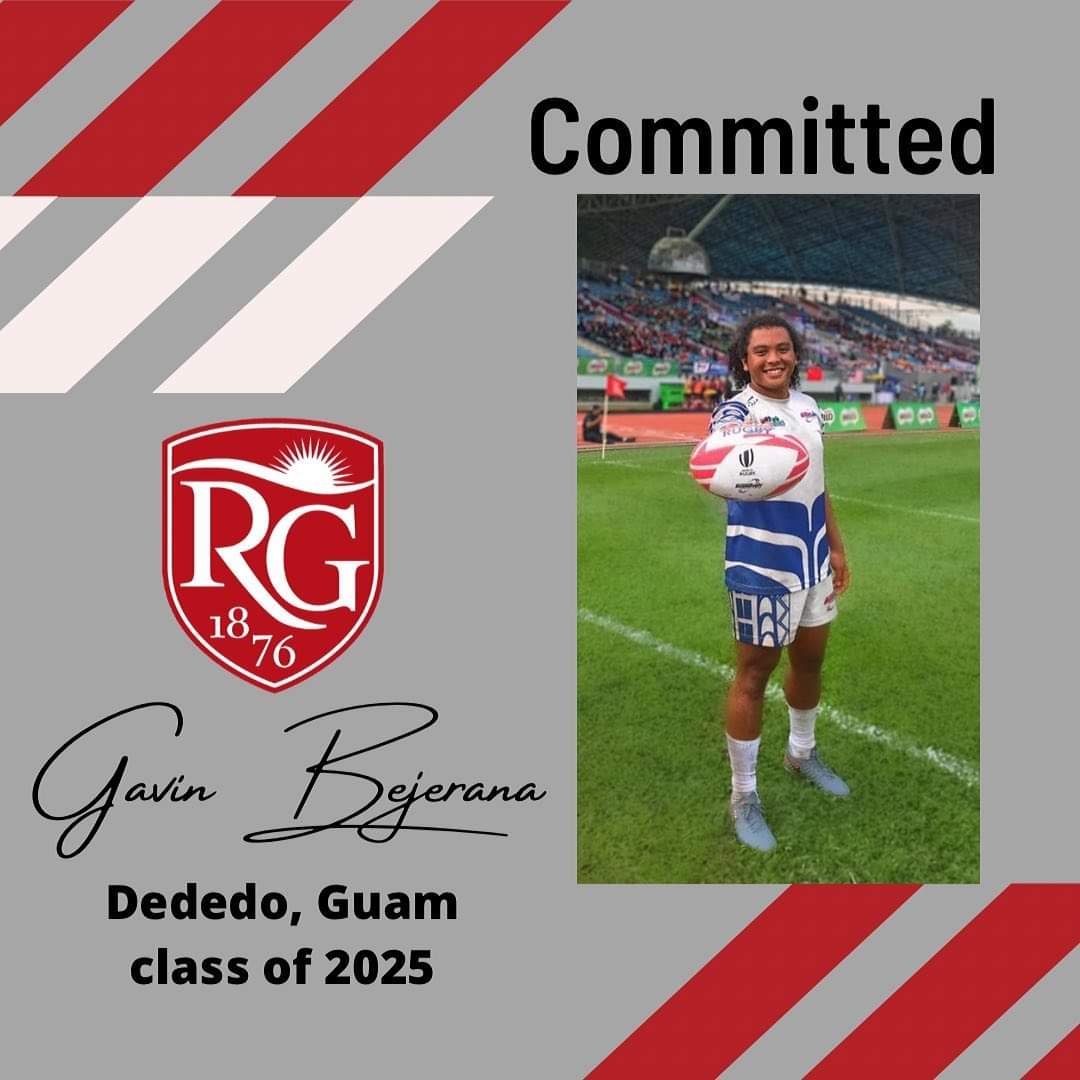 PRESS RELEASE – Gavin Bejerana, a 2020 graduate of Simon Sanchez High School, recently committed to the University of Rio Grande to play Rugby. He earned an athletic and academic scholarship, and in the fall will move to the Southern Ohio campus.

This will be the inaugural season for the university’s rugby program, which will compete against other Division 1 schools within National Collegiate Rugby (NCR), specifically other universities in Ohio, Pennsylvania, Indiana, West Virginia, and Kentucky. The fall semester the team will be playing a 15 a side season, and the spring semester will comprise of a number of 7 a side tournaments throughout the United States. Gavin is planning on studying Exercise Science.

In March 2020, Gavin, better known by his nickname “Curly,” captained the Sharks Rugby Team to the high school championship game. He plays the position of Flanker and started every game all four years. Gavin is one of the few players in Guam High School Rugby short history to be awarded 1st Team All-Island honors all four years. In July 2019, Gavin traveled with a Guam under 18 yrs old team to play in the 3rd Asian School U18 Rugby Sevens Championship in Malaysia.