The Academy Cougars will face the St. Paul Warriors for the league title this Friday. 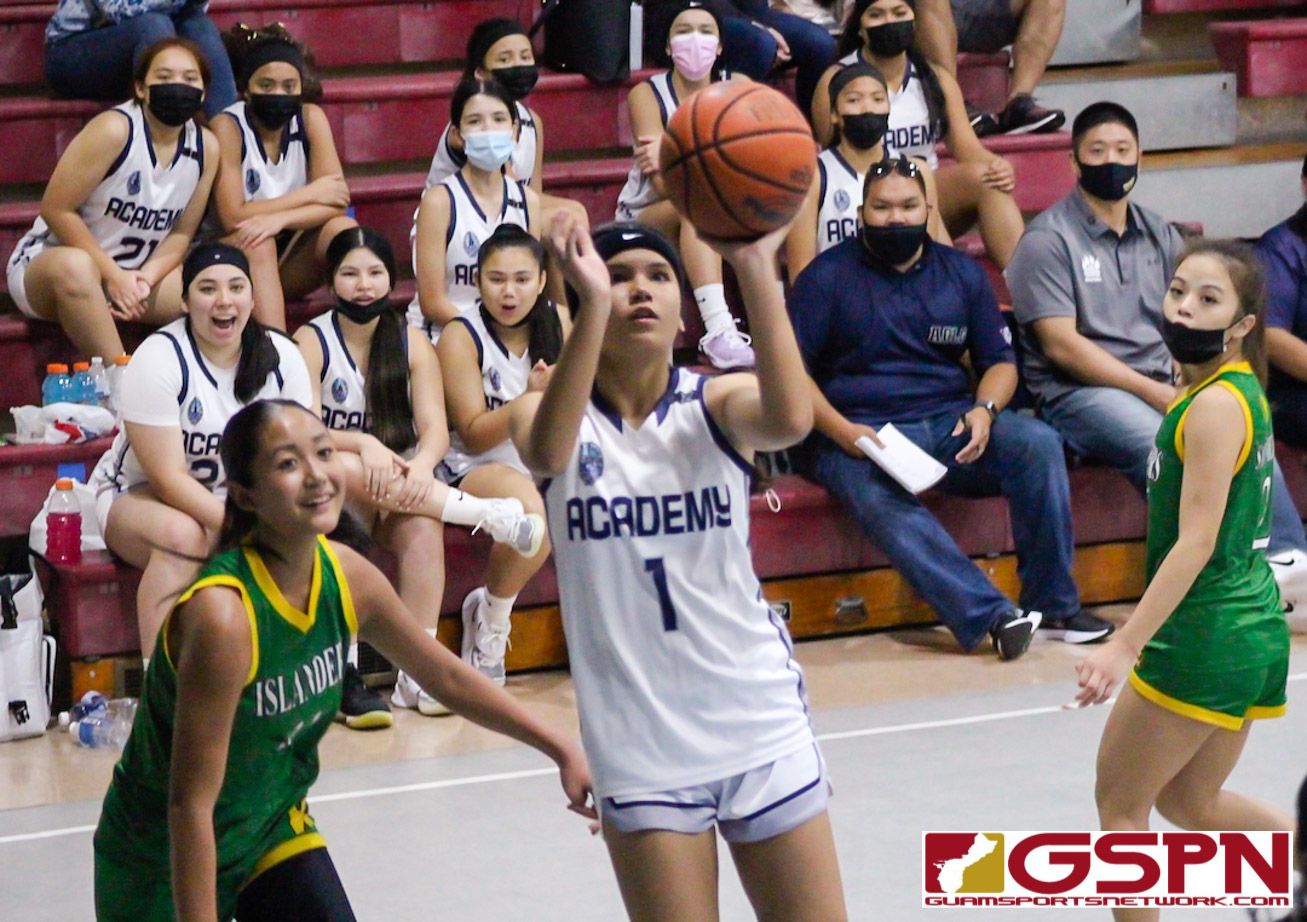 The Academy Cougars secured their home floor as the venue for ISA Girls Basketball Championship game after defeating the JFK Islanders 30-22 in the semifinals Tuesday evening. The Cougars locked up the league’s number one seed by finishing the regular season unbeaten which meant hosting the title game was theirs to lose.

After a slow start in their semifinals game, the Cougars found their offense and buckled down on defense to move past JFK for a title shot Friday. Meeting them there will be the St. Paul Warriors, who defeated the Okkodo Bulldogs 53-51 in the other semifinals game.

“This is home and more is at stake because it’s at home. We have to defend this with everything we got,” said Taitano on being able to host the Championship Game.

Cougars guard Mia Taitano had 12 points to lead her team with defense fueling their big win.

The Cougars got the better of the Warriors for the preseason title and also in their regular season meeting. This will be the teams third meeting this season, but their fourth straight battle for a league title!

The Islanders looked prime for an upset early after quickly getting a 9-1 lead on the Cougars after a Laila Smart three pointer from the wing midway through the opening period. The Cougars didn’t get their first field goal of the game until the 56-second mark of the 1st quarter on a Myka-Jo Terlaje bucket off a Taitano feed, but managed to get within 9-5 before the quarters end.

Academy quickly took control of the game in the 2nd, capturing a 10-9 lead off an Oriana Sevilla three-pointer and didn’t look back. The Cougars would render JFK scoreless in the 2nd, taking an 18-9 lead into the half.

“It took everyone giving their full effort. We know this is a win-or-go-home game and we want to win; we want to win it all. We came together on defense which got our offense going,” said Taitano on turning the game around.

Academy would stretch their lead 23-9 into the 3rd before a pair of buckets from Islander Philicita Rivera ended the Cougars 22-0 run. Rivera would convert on a jumper in the lane and a three-pointer from the wing, the Islanders only points in the period, to get her team within 29-14.

JFK started to mount a comeback in the 4th after three buckets from Golopin Choay, and a jumper from Jada Han, got the Islanders within 29-22.

Neither team could capitalize on fast breaks in the final minute with a free throw from Taitano in the final seconds icing the contest 30-22.

“We just needed to keep our composure and keep up the defensive intensity. Both teams were tired, but we wanted it more so we had to show it,” said Mia on the tense final minutes.

Terlaje and Sevilla scored six points each for the Cougars while Golopin scored a team-high 10 points for the Islanders.