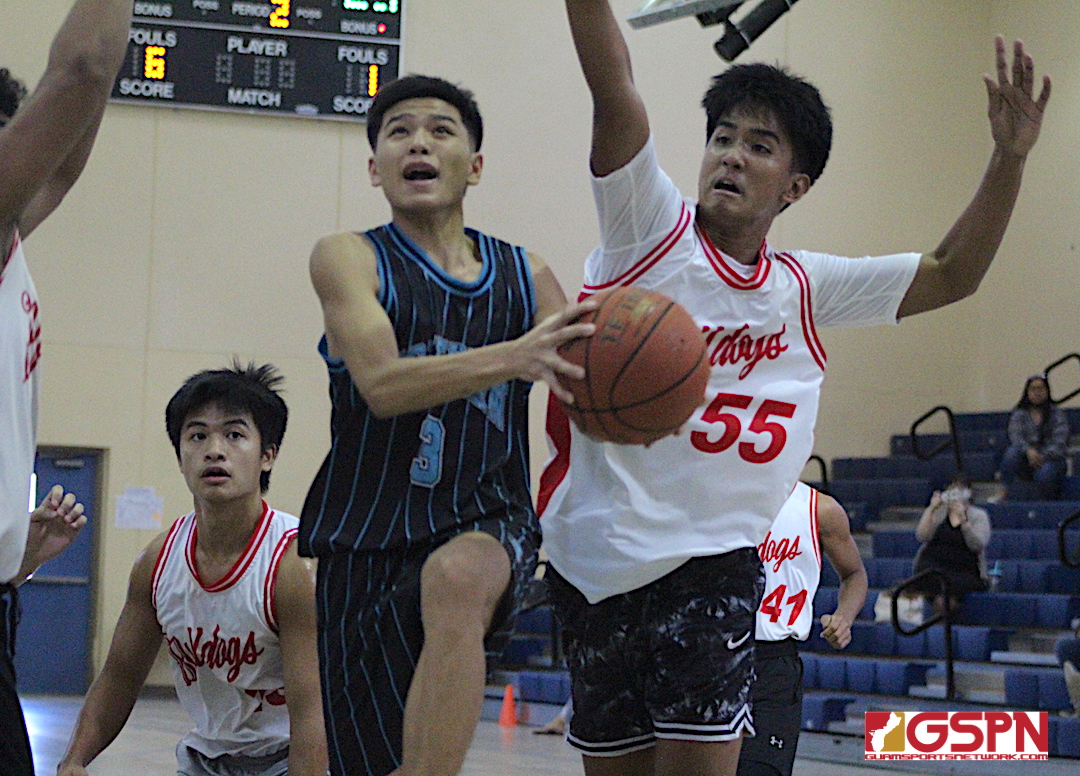 The Okkodo Bulldogs survived a comeback and defeated a scrappy Southern High Dolphins squad 69-66 in the ISA Boy’s Basketball League Saturday morning at the Bulldog gym.

The League is entering its final week of the regular season and only the top four teams will enter the playoffs in the new format.

Justin Arjona led Okkodo with a game high 28 points to help the Bulldogs improve to a 4-2 record. Okkodo is holding on to fourth place in the league with the JFK Islanders in fifth place with a 3-2 record.

“Our game plan today was to actually work the ball inside. If they didn’t have anything, then they would swing the ball out to us to look for an open shot,” said Arjona.

The Dolphins did well with their interior defense and the Okkodo guards were ready, especially Arjona, who went 6-12 from downtown.

The Dolphins slowly chipped away at the lead and found themselves trailing 50-52 with seven minutes left in regulation. EJ Cruz recorded two steals and turned them into easy baskets to start the fourth quarter, forcing the Bulldogs to call a timeout.

Saures and Arjona hit back-to-back three’s after the timeout and increased their lead to 58-50. The Dolphins mounted one final comeback with Brennan Cruz, Aflleje and EJ Cruz scoring but a pair of free throws from Okkodo forward Jesse Martin secured the win.

EJ Cruz hit the final basket of the game, a 50-foot long distant shot at the buzzer, for a final score of 69-66.

“We’ve come a long way and our chemistry is getting better since the pre-season. If we keep improving, I think our team can make it the championship game,” said Arjona.

The Dolphins’ playoff hopes are fading as they drop to a 1-4 record. EJ Cruz had 15 points and five steals; Brennan Cruz had 12 points and six assists.

The Dolphins will host the GW Geckos Monday. Wednesday is a big game for the Bulldogs who will host the third place Sanchez Sharks.