Coach makes the move from NAIA to NCAA Division I 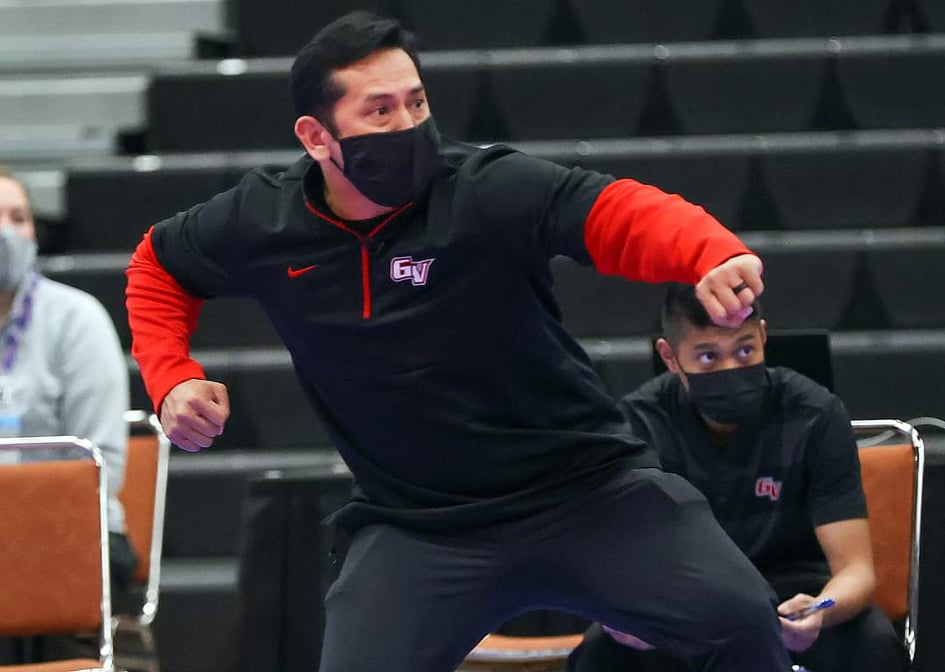 Inalahan’s Donan Cruz has nothing left to prove at the NAIA volleyball level.

After an undefeated 27-0 season which culminated in another national championship in April, collegiate coach Cruz is taking the leap up to Division I to head the Ball State University men’s volleyball program. It is the highest level of any coach born and raised on Guam.

“Leaving Grand View was a very tough decision for my family and I,” Cruz told GSPN. “The university and the volleyball community in the state of Iowa has really embraced me as a person and men’s volleyball as an emerging sport here.”

Ten successful years with the Grand View Vikings saw Cruz and the Iowa team win their first two national titles ever (2018 and 2021), eight conference titles and four national coach of the year awards. Having success year after year only shined the light brighter on Cruz and his coaching career.

Two states and 521 miles due east is where the Ball State Cardinals came calling.

With retiring head coach Joel Walton exiting after 23 years of leading the Cardinals, the time couldn’t have been more perfect for the 37-year-old Cruz to make the leap.

“The opportunity to be a part of a very storied history at Ball State was also something I though was very unique. I will be only the fourth coach in Cardinal history. My goal of going to Ball State is to make my mark on a program that I think can be a national contender.”

“For me to compete at the highest level is what made this such an attractive place to coach. The facilities are excellent and the staff within the athletic department that I had a chance to already meet has been nothing but great!”

It’s a storied program as Cruz mentioned with 14 conference championships, but none since 2002. Cruz plans to change that. Completing an impressive 211-55 cumulative record with Grand View, his credentials are proof of excellence and Ball State has all the confidence in Guam’s son to take the Cardinals to the next level.