A shot at becoming a professional surfer is no pipe dream for young star Irie Fitzgerald. 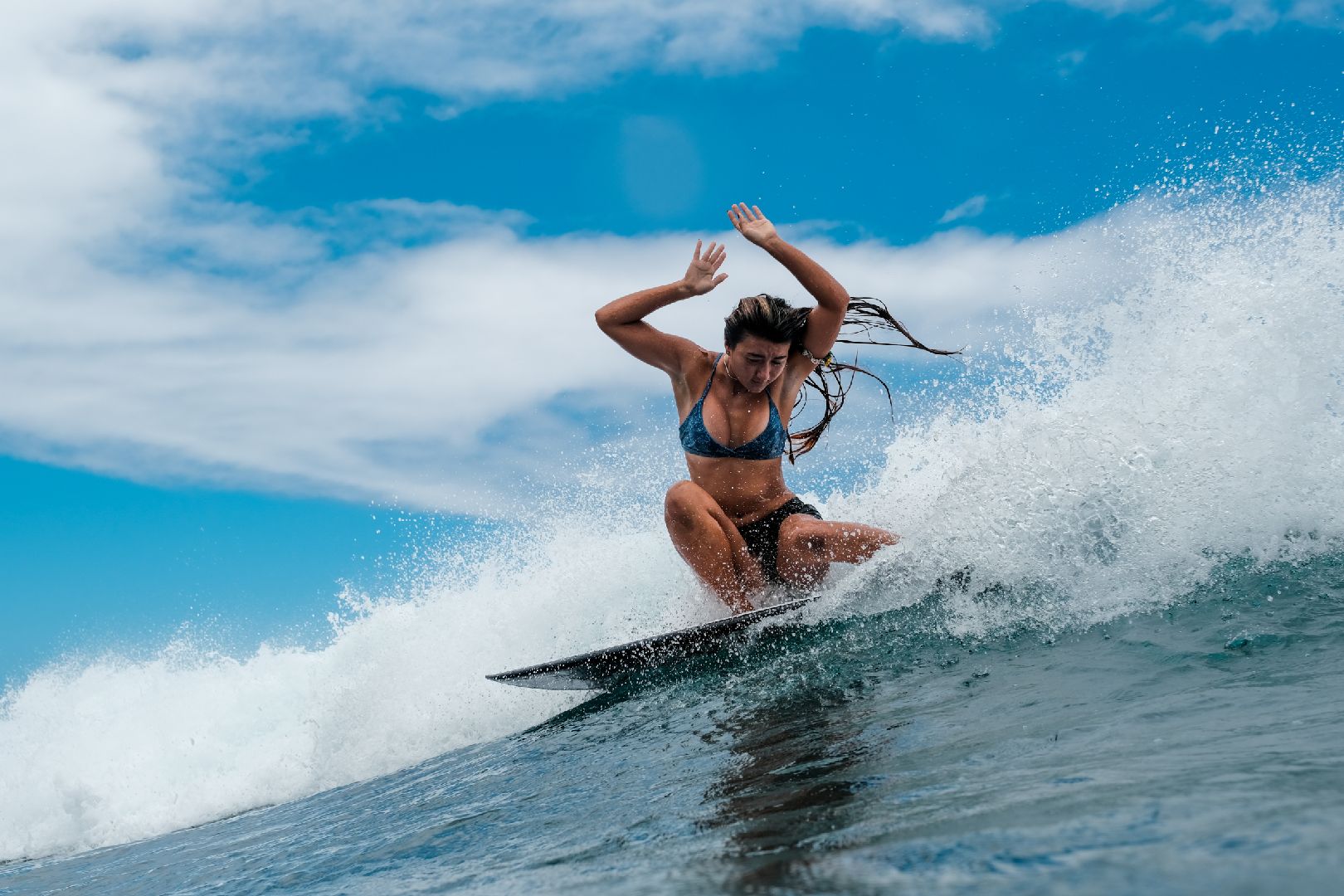 17 years old Irie Fitzgerald is well on her way to becoming a professional surfer.

Raised on Guam all her life, Fitzgerald knew what she wanted to be since she first stepped foot on a surf board at the tender age of 10.

“I remember seeing people surf while I was at (Talofofo) Beach and I told my parents that I wanted to try.” Her dad Brian gladly obliged and two years later, young Irie was competing.

“I love to surf because it is very connected with nature. The sport can also teach you so much about the ocean, from how tides and swells work to taking care of our reefs. I feel like surfing isn’t just a sport but a lifestyle.”

In order for her to turn pro though, she has to compete in regional competitions to gain points. However, opportunity lately has been few and far between in the Asia and Oceania regions because of the global pandemic. She does feel she’s on the right track.

“Most of the girls I compete against are pro,” Irie said. “My chances are high. The pros on tour right now are competing in the same organizations I’m competing in and their placement is at the same level. If I keep pushing it and pursuing my dreams, I feel I can make it.”

For the first time ever, surfing is an Olympic sport this summer in Japan. Though the window to qualify for these Games narrow by the day, Fitzgerald knows there’s future opportunity for Guam surfers like herself as well as Jared Gogue and Noa Mendiola.

The surf is definitely up!

Note: Irie plans to enroll at GCC this fall to study art and graphic designing. You can follow her on Instagram at @iriefitz