The IIAAG Beach Volleyball Tournament belonged to the FD Friars. 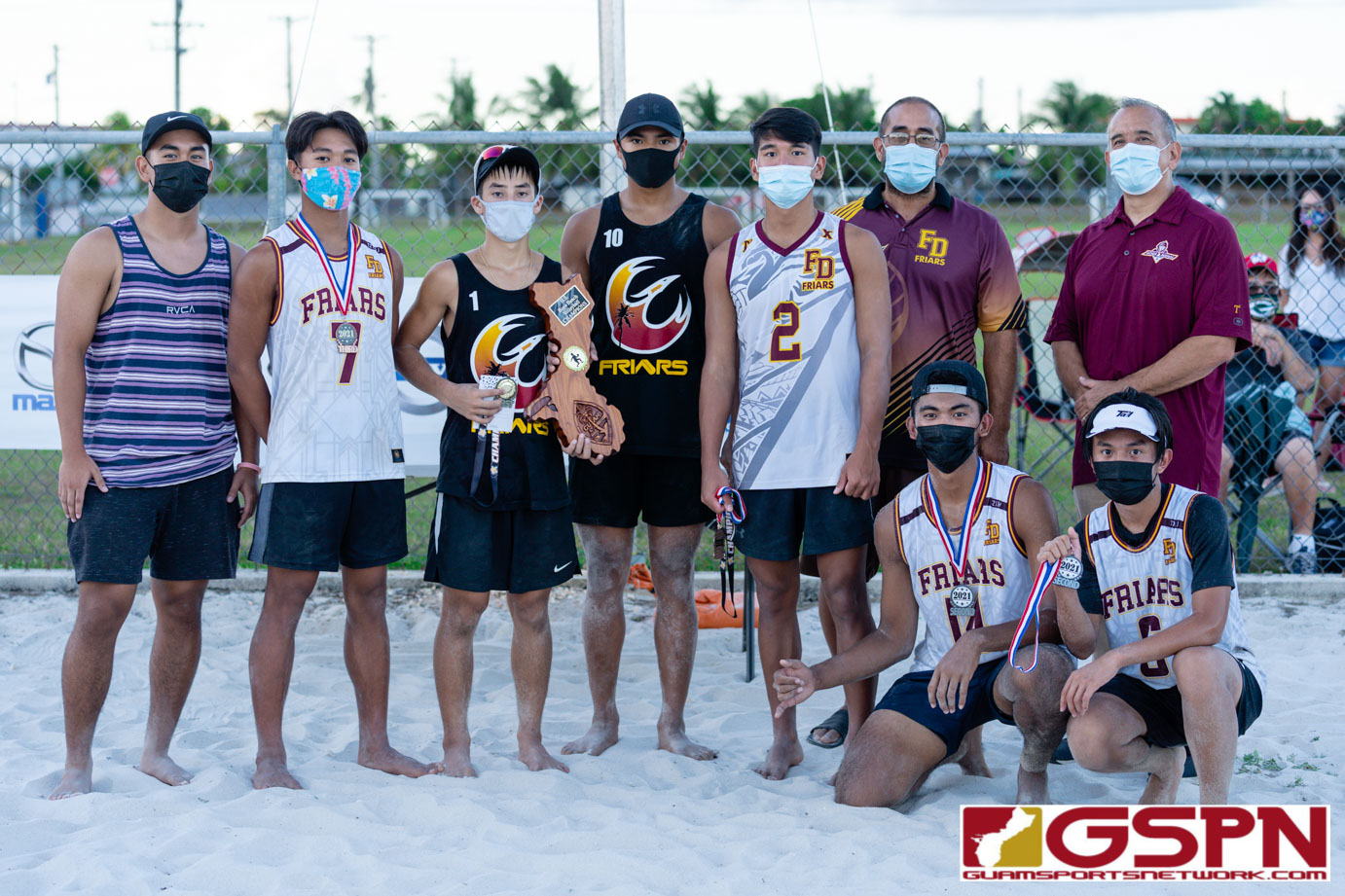 Hudtohan/Mafnas came out of the gate thinking upset against the higher seeds taking a 10-7 lead. Damian/Moylan regrouped after a timeout and tied the match at 10-10 after a heads up play from Moylan.

There were three more lead changes in the match but Hudtohan/Mafnas went on a 3-0 run and took the first set 21-18.

Damian/Moylan continued to use their momentum from the second set and went ahead 6-4. A kill from Damian gave the Damian/Moylan team a 9-5 advantage.

Mafnas/Hudtohan mount a comeback and cut the deficit to 10-8.

A side out and an ace by Moylan find the Damian/Moylan team up 12-8. From that point, the duo of Damian/Moylan held on for the 15-10 victory.

The third place match went to a third and final set. FD’s Ethan Alvarez and Aldan Sampson scored a go-ahead of Guam High’s Jared Aguon and Trey Rosario 2-1. Aguon collected two kills to tie the contest at 3-3. Aguon/Rosario surged ahead to 6-4 lead. Alvarez/Sampson go ahead 7-6 with a Sampson ace.

Guam High took the lead back with a head up play by Rosario. The lead changes again with a kill barely going out of bounds. Aguon ties game with a kill at 10-10. Alvarez kill puts FD back up 12-11. FD capitalized on an error by Guam High and hold on for a 15-12 victory.