Despite a no contest, the Shark runners took top spots in a ISA Cross Country meet. 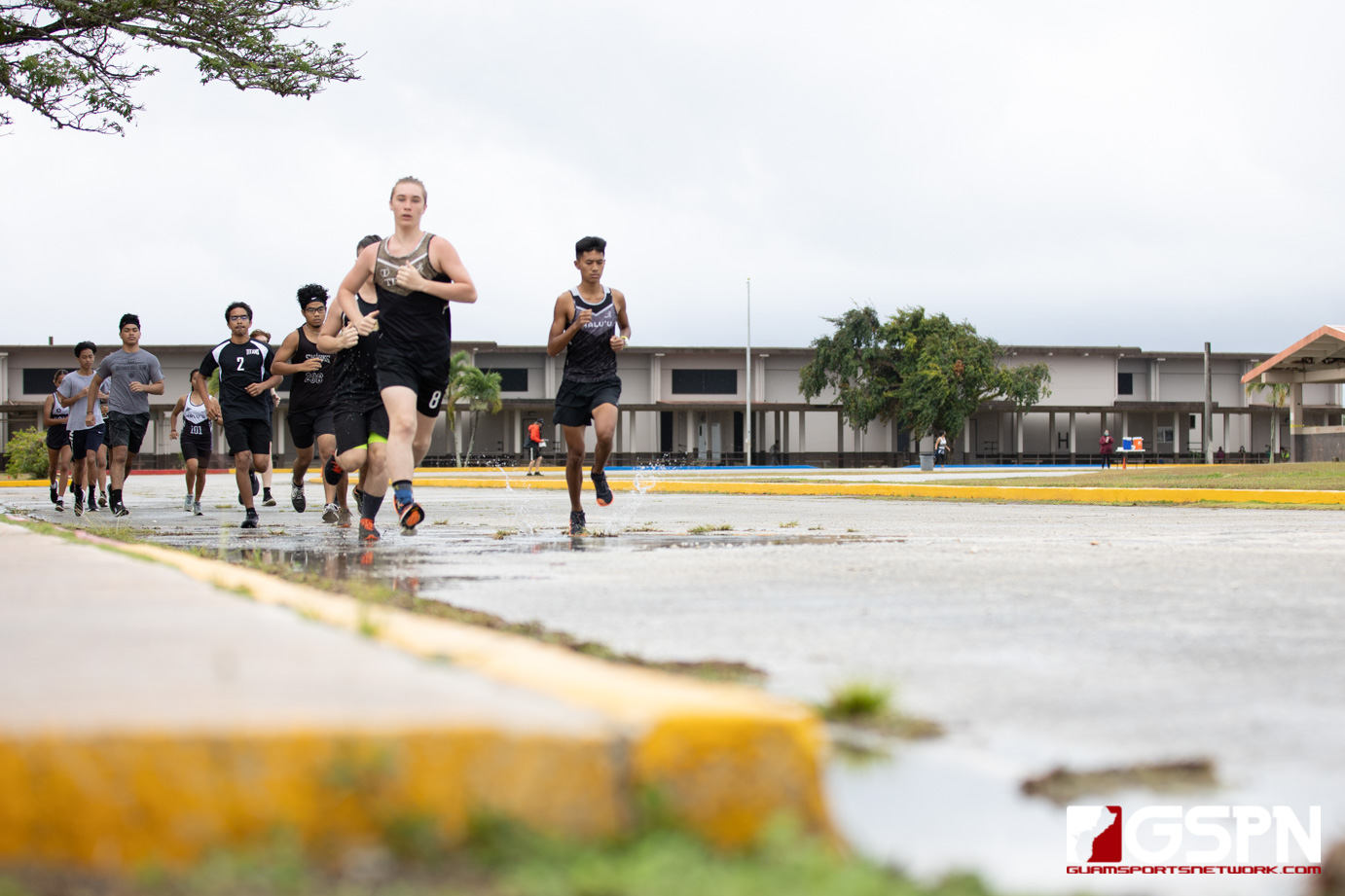 Another double forfeit was declared in the ISA Cross Country league with the host team Tiyan Titans and the Sanchez Sharks unable to field the minimal requirement of five runners per division.

Despite the double forfeit, both eligible and ineligible runners took the Tiyan course which travelled around the campus.

After a little confusion on the final lap, Sanchez junior Teo Galvez finished first overall with a time 22:31. Teammates John Medina and Cody Villegas followed with times of 22:32 and 22:58, respectively. Conor Flory from Tiyan came in fourth overall with a time of 24:27.

Galvez said he hopes to improve his time by the All-Island meet comes.

“I’m treating these meets like practice meets. The real game is basically the all-island and my goal is to make the top 10 with a 19-minute time,” said Galvez. With more practice participation, both boy’s teams look to become eligible to score an actual meet by at least next week.

“It’s a little disappointing, I know there would be a lot more competition if Covid did not happen,” said Flores. “But it still feels good to be here and competing.”

Despite the lack of participation, Flores said she is happy to be a part of the team and representing her school.

“It’s an honor for me to represent my school and my team. This is my first year (on the cross country team) and I know that I hardly know some of my teammates but I already know they are going to be there for me and have my back.”

The next meet for both teams will be on Friday, March 12th. Sanchez will host the Okkodo Bulldogs and Tiyan will go against host team JFK. All meets start at 430pm.

Final results from all ISA meets on March 9th: