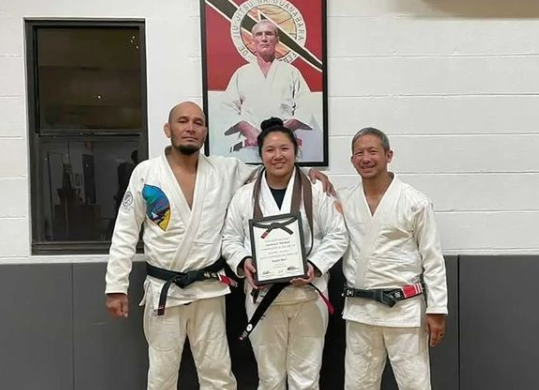 “I feel so grateful to say the very least. It’s a surreal feeling after 12 years of jiu-jitsu and being promoted by my coaches that have been with me since I was 11 years old,” said the 23 year old. “I wasn’t expecting to be promoted for another couple of years. I was actually planning on making my way back to the 2021 World Jiu Jitsu Championships to try to win another title.”

Jayronne is also a mother of three and a head instructor of the Women’s program and assistant instructor for the Adult program at Heights.