One of Guam’s most decorated jiu-jitsu fighters Mike Carbullido is back home and starting his own academy under ATOS Jiu-Jitsu Guam. 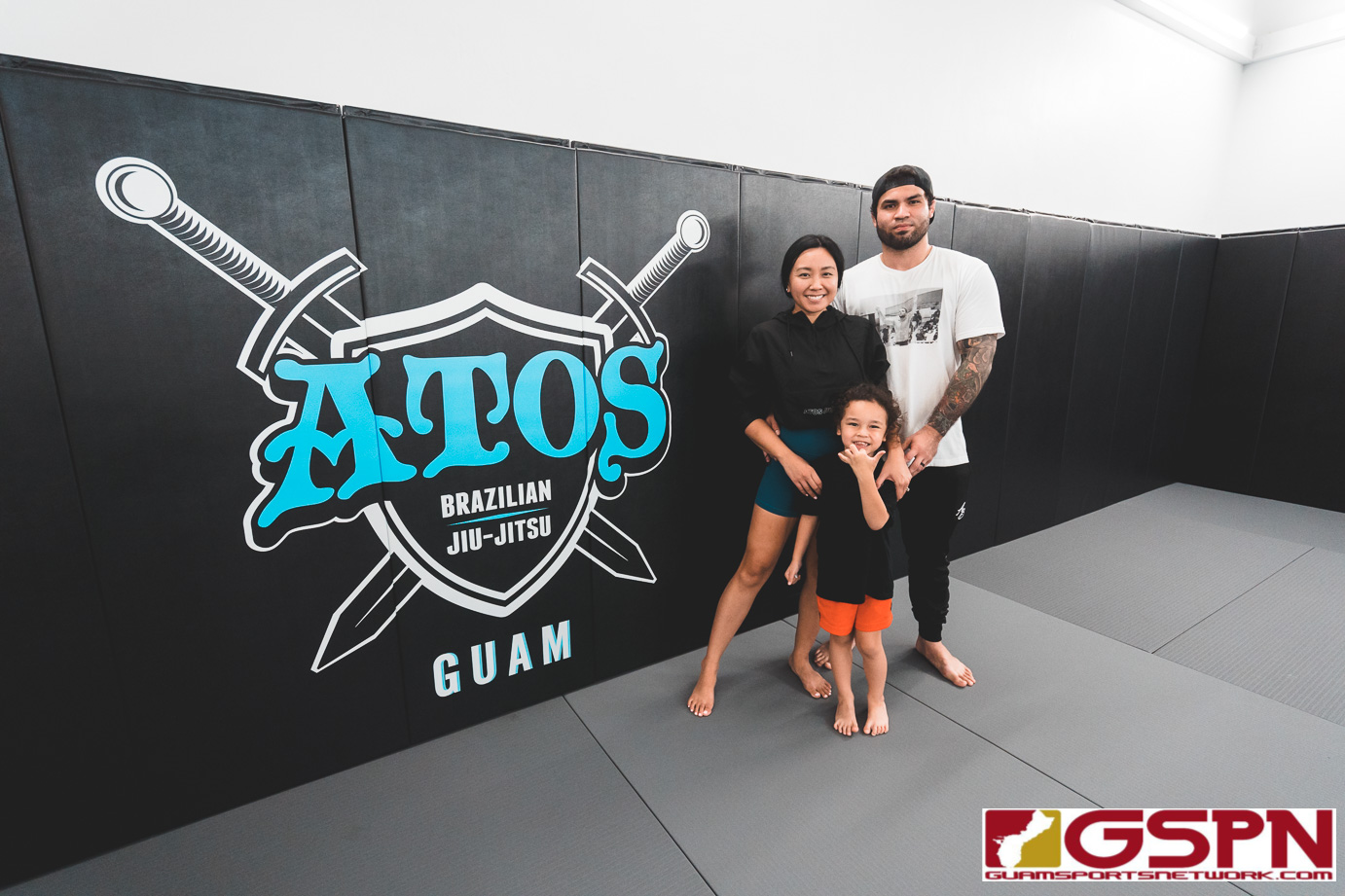 September 20th will mark a dream come true moment for Guam’s Michael Carbullido – the official opening of his own jiu-jitsu academy and it’s first day of classes under Atos Jiu-Jitsu Guam.

Carbullido’s jiu-jitsu journey started on Guam 16 years ago. He relocated to the West Coast at an early age where he started to climb the jiu-jitsu stage on a global level while learning from one of the best jiu-jitsu fighters in the world in Andre Galvão, the co-founder of the world famous Atos Jiu-Jitsu Academy.

Carbullido earned his blackbelt under professor Galvao as he proudly represented the Atos Academy, where he was the professor of the 8-12 year old kids, for over a decade. The bond between Mike and Galvão only grew through the years with Andre being the best man at Mike’s wedding with the Galvão family also being the godparents of the Carbullido family’s son Zomu.

Mike and wife Kristy made a big decision in 2020 to move back to Guam after spending the last decade in the mainland. The Carbullido family officially moved back to Guam in October and quickly began framing the groundwork for starting Atos Guam.

“It was just time [to come home]. With everything going on in the world, with us missing our family, we felt it was time to start that next chapter on our journey. We want to do as much as we possibly can to help jiu-jitsu grow, not just on island, but overall,” said Mike on his returning home.

The support Mike got from his professor and lifetime friend Andre to bring ATOS to Guam is a gesture not many people get to experience in a lifetime, and to the Carbullido family it means more than anything.

“From the beginning until now, we’ve been family. To be able to be a part of what professor Andre has done throughout the world for the jiu-jitsu community is amazing. I’m honored and humbled to be able to bring [Atos] to Guam,” said Mike.

Mike and wife Kristy started building up hype for the gym in January after releasing on social media the launch of ATOS Guam. February proved a big milestone for the Carbullido family as they found a venue in Blue Lagoon Plaza in Tumon, taking over the former restaurant Aji-Ichi. The venue went through a complete overhaul, so much so that you wouldn’t be able to recognize what was there before Atos.

As soon as you walk through the Atos doors you’re introduced to the tatami-style mats which will be known as the main instruction area. The ground is triple reinforced for safety which was one of the biggest points of emphasis for Mike.

“In order to have consistency in teaching jiu-jitsu we have to make sure everyone who steps on the mat is going to be safe every single time,” said Mike.

To the left of the entrance is a staircase that leads to an upper level where you can see the same tatami-style padding, about a third of the size of the main floor, which is where the kids classes between 5-8 year old will be held. We were also treated to the percussions test of the mat by young Zomu Carbullido, who demonstrated his rolls for the GSPN team in the upstairs mat.

The gym’s aesthetics are subtle, but sharp, from the open area to the locker rooms.

Mike had humble expectations when he opened up pre-registration the week before his first classes, but the growing community of 60 plus members in a matter of days was a more than humbling experience for the now head instructor at Atos Jiu-Jitsu Guam.

“We’ve been open for less than a week and everyone is showing their excitement to be able to be on these mats, which is humbling to us and it makes us even more excited!,” said Mike.

Mike and Kristy, who started her jiu-jitsu journey in 2018, will be taking on all the teaching/instructing for the gym all throughout the week. The grind towards the grand opening compared to the grind of being open will be different, but the Carbullido’s are ready for the challenge.

“I’m nervously excited,” laughed Mike. “It’s been tough and I know that once we open it’s going to get tougher, but we’re motivated and humbly confident that we’re going to do a great job. Our goal is just to support jiu-jitsu and support Guam and we know it’s going to be tough, but we can do this.”