High school sports is coming back next week! 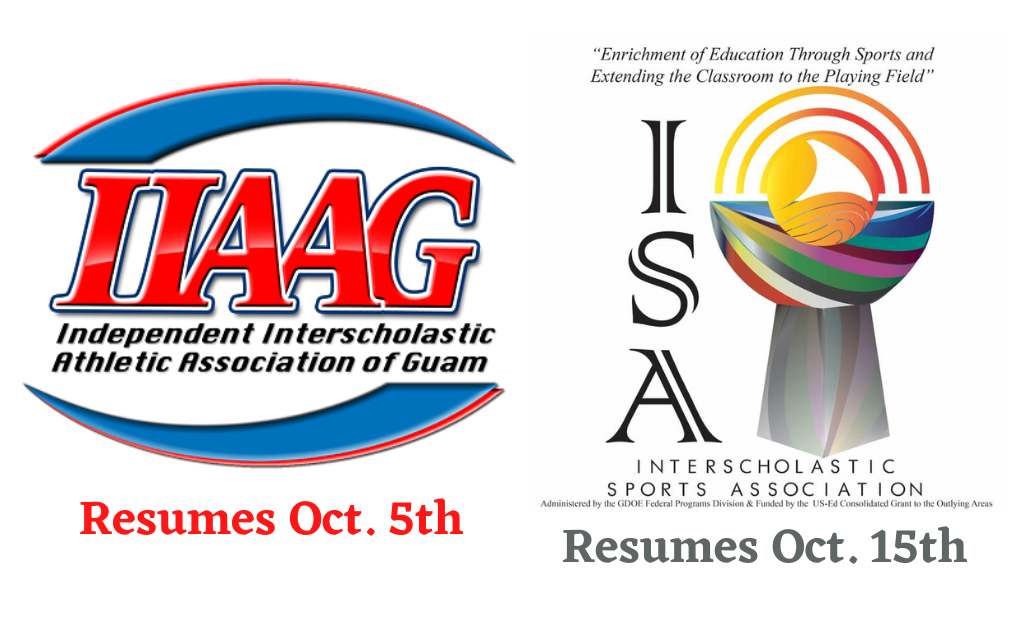 With students being allowed to go back to face-to-face learning earlier this week and the ban from practicing sports being lifted last week, the IIAAG and ISA have released their new schedules for the official start of the high school sports which is set to begin as early as next week Tuesday.

Governor Lou Leon Guerrero’s executive order earlier this month forced both leagues to find a new start date with the order coming just two days before the initial start of 1st quarter sports. The new schedules have the IIAAG beginning action in girls volleyball on Tuesday October 5th. The ISA will kick off their calendar year with football beginning October 15th.

The IIAAG will not be allowing spectators at the games and will be attempting to live stream their games. Media members will require vaccination cards or proof of testing with negative results if not vaccinated.

The ISA will be meeting Wednesday to discuss the if spectators will be allowed at the games with an expected answer by Thursday this week. We will update this article when appropriated.

Both leagues and it’s athletes are cautiously optimistic about the start of the season knowing they are at the mercy of an executive order shutting down sports any given day.

“These kids have been diligent, following every protocol necessary to try and get the season started. They even limit themselves in social settings to avoid putting them or their team at risk,” said IIAAG President Terry Debold.

Official schedules of all events will be posted to the GSPN Events Calendar.