GML READY TO GO WITH 11 TEAMS

GML returns to Paseo May 28th! 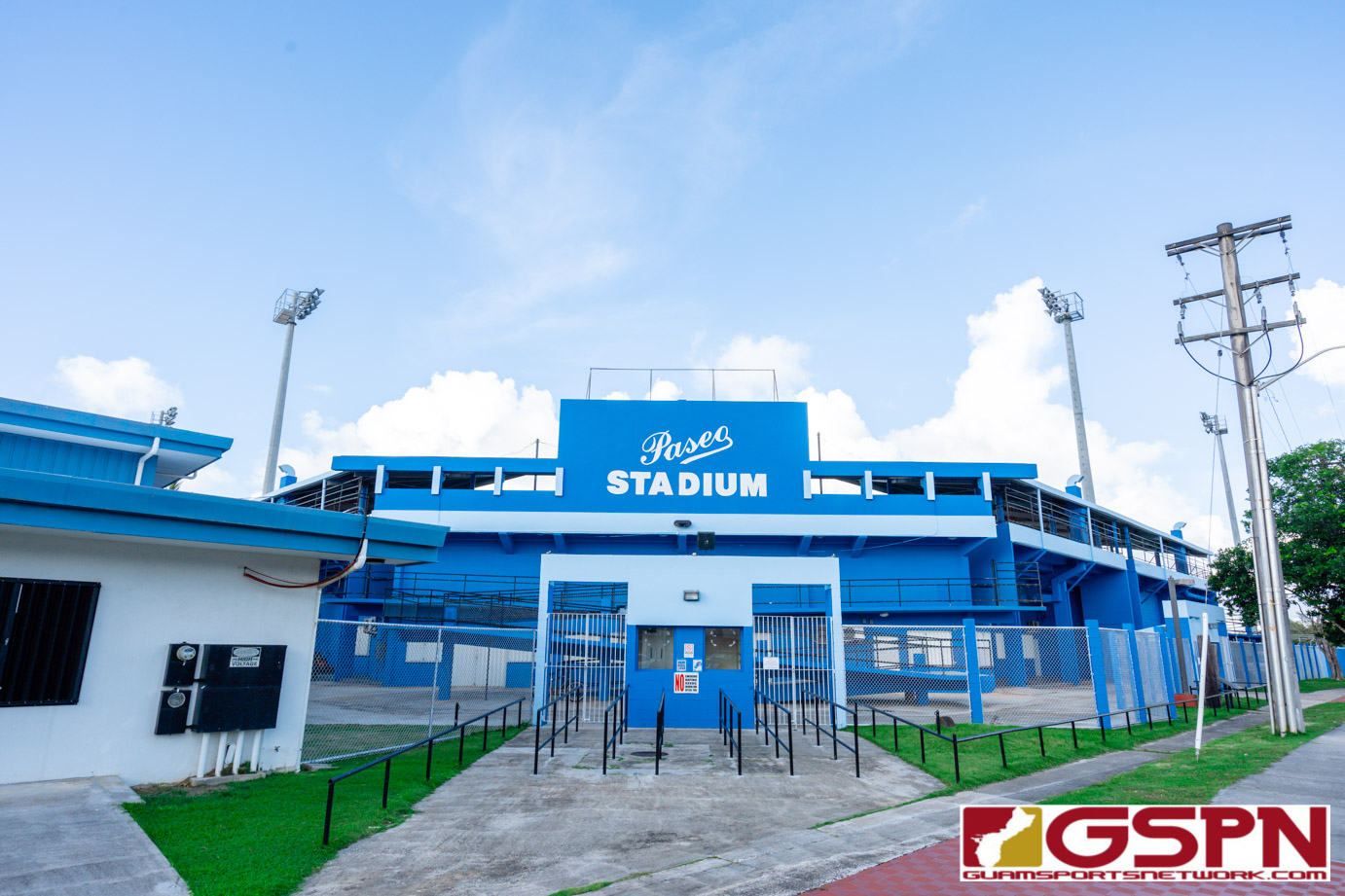 The 2021 Guam Major League baseball season is back this weekend after the pandemic hiatus and it’ll be the biggest ever with 11 teams.

There will be an array of talent across the league from young to masters taking the field at the newly-painted Paseo Stadium.

Games will be played on Tuesdays, Thursdays and Fridays at 7 pm with a double-header on Sundays at 2 pm and 7 pm.

All fans must wear a mask with a max attendance of 240 people as of this article. Admission is free for senior citizens/12-under and $2 for everyone else in between.

Here’s a quick look at the teams.

BLUE JAYS: Former Toronto Blue Jays 3rd baseman J.R. Hattig highlights Guam’s 2021 version of the Jays. He will fill in wherever needed in the field, but will be counted on more so for his leadership and guidance.

Veteran fireballer Roke Alcantara, Jr. will pave the way on the pitching side while young talents Julian Flores and Rico Miner are expected to play big roles. Hattig calls Miner the team’s ‘secret weapon’. RJ Miner and Jonah Peredo will also be looked upon to make a difference for the Blue Jays.

“We are well-rounded with great arms and a great lineup,” the optimistic Hattig said.

CARDINALS: Another team showing up with a balanced roster are the 76 Cardinals. The usual names known from the Agat squad are still there like the Alerta (Jesse and Jared) and Arce (Marlo, Ricky and Kyle) brothers and Coby Barnes. Throw in veterans Lawrence Idelbong and Joel Sablan and you have your seasoned core.

“Everyone’s hungry to play again and Paseo (Stadium) is looking great,” Cardinals vet Coby Barnes said. “I have a lot of confidence in our pitchers and I think it’s going to be a fun season seeing everyone on the diamond again.”

Look for Kyle Arce to lead the pitching staff that will include Randall Yasuhiro, Leo Eber, Luther and military pickups Peter Wall and Brayan Arroyo.

The Cardinals are managed by Marlo Arce.

COUGARS: The one team that has stuck with the GML throughout the decades in name is the Agana Hts. Cougars.

Manager Gene McDonald heads into the season with a mixture of veterans, rookies and military talent.

Add in the unknown factors of military guys with some college experience in Tyler Wilson, Hunter Kinney and Nik Powell and the Cougars may be the surprise of the league. “These guys have shown lively arms and can hit with power,” McDonald said of his new additions.

“And don’t let Jimmy’s age fool you. He can still hit,” the manager added with a smile.

DODGERS: This is a tribute team especially dedicated to GML legend and huge L.A. Dodgers fan Ed Muna, who recently passed away. Brother Shon Muna came out of coaching retirement to run a team deep in Muna blood.

“My nephews had talked about putting together a team during the rosaries in honor of brother Ed and they asked me to manage since I retired (from coaching),” Shon said. “I don’t have that person (Ed) to turn to for advice, but what we taught each other, I’m hoping for a championship.”

FALCONS: The MTM Falcons may not have the big names, but they expect to bring their big game.

Manager Jeff Muna is working with players that have put in the time since youth baseball led by Roman Seman, Jacob San Nicolas and Tako Camacho. When it comes to pitching, the Falcons look to Gavin Salas, Rodney Cruz and Javier Lujan. Allen Palacios and Mark Laanan are the youngsters on the squad that should ignite a spark. Muna says the Falcons will have to rely on total team effort in hopes of securing a playoff spot.

“I know we will be able to compete,” manager Dominic Cruz said. “We have confidence in their abilities, however, it’s a young squad so we don’t want to set our expectations too high.”

PIRATES: J.D. San Nicolas leads the Pirates filled with excitement, “The team is itching to play, being that the GML had a year off,” the versatile leader said.

RANGERS: The Talofofo Rangers will be led by Conan Dela Cruz and Brandon Rosario with Jassen Guerrero as the manager. Kagan and Rollen Rabago will be relied upon often on the mound while Frank Santos, Jr. and Logan Hatcher should provide some defensive stability.

“Our goal is to make the playoffs,” Guerrero said. “Anything can happen after that.”

RAYS: With no season last year, the Rays come in still as the defending champs after winning it all in 2019. The long-time core of the Rays will still carry the team with the likes of B.J. Balajadia, Tony Yatar, Glenn Fernandez, Jared Palomo, J.Q. Quintanilla and T.J. Sarmiento.

“These young boys have gone through a molding period and they’ll help us,” said manager Alan Sarmiento. “They have good baseball knowledge.”

Kyle Kuykendall is expected to eat up some innings on the mound while Vic and Dave Fernandez round out a solid team for the defending champs.

REDHAWKS: “We are a young team that hopes to learn from every game,” is how Yona manager Robert Cruz is approaching this season.

There are a handful of crafty players on the roster led by pitchers Mark Parks, Darren Pablo, Tristan Aguerro along with Joey Young, Avery Aromin and Bradley Meno.

The Redhawks may not be the favorites this season, but one thing is for sure – Yona Rulz!

SPARTANS: Veteran pitcher Paul Pangelinan forms this new squad made up of the recently-graduated Jr. Nationals team of 2019.

“They’ve been playing together so I tried to keep them together instead of seeing them trying to fill in a spot in the other set clubs,” said Pangelinan, who will be a player/manager in perhaps his final season as a player.

All will be used in multi roles and rotated around in the field and on the mound.

NOTE: GML schedule is on the GSPN Sports Calendar up to June 18.